The All Visual Arts collective host their third exhibition at their Omega Place showroom, until July 14th.

This time around the space has been taken over by for a solo show from Wolfe von Lenkeivicz. The collection is an array of images which re-appropriate the tropes of disney et al and ply them into the confines of art history, with particular esteem paid to the works of Picasso. This cultural bricolage falls somewhere between destabilising pastiche, and reverent homage. 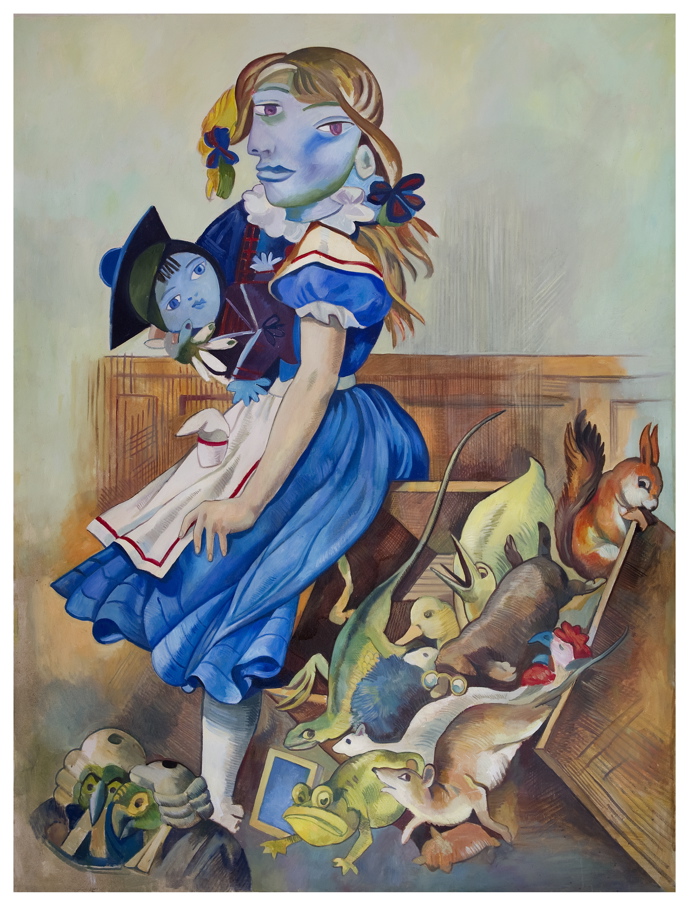 All in the Afternoon Full Leisurely we Glide

There’s a lot that feels very familiar in the works and, beyond the absolutely apparent Disney, Picasso, etc. you quickly come to sense you are grasping at far outposts of your cultural capital. As what was instinctively familiar begins to fragment under scrutiny, the works demand contextualising, and AVA offers us Wittegenstein.

“If it’s true that words have meanings, why don’t we throw away words and just keep meanings?” 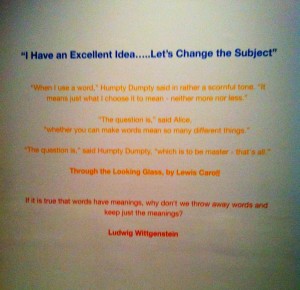 Here then, we are invited to concede that these familiar tropes of modern culture have meaning, but presented in the confused medley of Lenkeivicz’ world, their meaning becomes disjunct, at one remove which no longer seems logical. Evocative of TS Eliot’s line “these fragments I have shored against my ruins”, these works hit at our desire to accumulate the familiar in an ongoing attempt to anchor ourselves in a landscape where things have fixed meanings. The show is a fun take on that idea of the cultural wasteland, with symbols and their meanings accumulated and recontextualised to the point where they cease to mean what they are meant to mean. Where Eliot is somewhat sombre and obscure in his mapping of the wasteland, Lenkeivicz opens up the vast stores of shared cultural meaning with all the pomp and ceremony of a bric-a-brac sale. 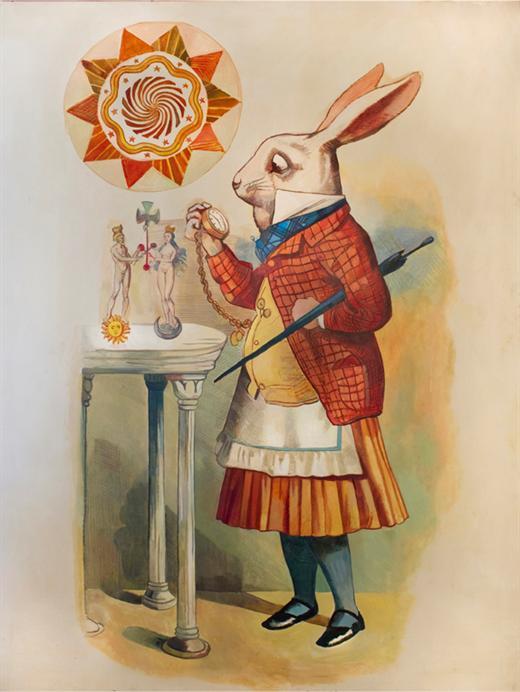 This is a fun show, and the funnest part of the tracking (imagining?) the repeated expressions of confusion seen in the eyes of the characters he has pilfered – witness the white rabbit nonchalantly checking the time in tights and skirt, his eyes giving away the confusion you’d feel if you suddenly found yourself in clothes other than those you’d been used to since forever. It felt as if, finding themselves in new and unfamiliar confines, some of the characters experience whatever the equivalent of a cartoon crisis of identity might be, no longer entirely sure of their place in the grand scheme of logical and accepted cultural meaning.

This is a feeling the viewer might be privy to if we chase the proverbial white rabbit too far, probing for too long at what and how these familiar tropes mean, ultimately tumbling out of the other end of the rabbit hole in a place where meanings are no longer immutable. 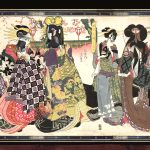