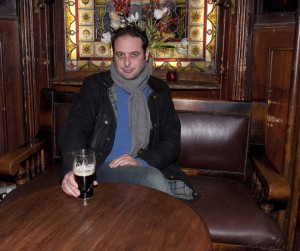 So it is Armory time again folks, that’s right, time for another jaunt across the pond to check out all the fun of the fair in NYC.
The Armory one of the big three fairs, along with Basel and Frieze and an important fixture in the art world calendar.

As with all these major fairs there are a bunch of ‘satellite’ fairs taking place at the same time. So the obvious ones to attend will be Volta and Scope, the former is particularly exciting as the galleries taking part are all first rate and the fair have pushed for solo or two person artist booth presentations, which is so much more interesting to the visitor.

Volta has also teamed up with FAD friend David Gryn of Artprojx, to showcase video work in a dedicated cinema space, giving the artwork to right context to be seen in. Artprojx will be running a series of
films throughout the fair at the SVA Theatre.

The other fair getting a lot of heat is the Independent Fair, set up last year by Darren Flook of Hotel. This year it seems that an increasing number of galleries are attracted to show at this non-traditional fair, there is no charge for entry and the lay out has the feel of a curated group show rather than random artwork displayed in a booth.

Other events of interest during the fair include the Zabludowicz Collection show – ‘The Shape We’re In’ and an Abstract Expressionist show currently running at MoMa.

I will be updating daily from the fair with video clips and reviews.
If you have any event or gallery show that you think I would be interested in attending, you can email me at ben@fluffpr.com