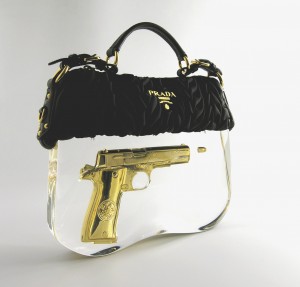 On 13 June the long-awaited moment will finally arrive: Museum Catharijneconvent in Utrecht will be covered in gold. The coveted precious metal will play a central role in the museum for over six months. Truly magnificent gold and gilded liturgical objects will emerge from the depot. Together with spectacular loans from home and abroad, some many centuries old and others brand new, they will tell the story of the applications and functions of gold.

The museum asked the artist and designer AZIZ to present his own vision of the function of gold. On the basis of religious, cultural historical, everyday and contemporary art objects, Aziz shows that gold is used in much the same ways today as it was centuries ago. Eight beautifully designed themes will shed light on different aspects of this precious metal: to Show, Protection, Ritual, Logo, Story, Decoration, Power, and Idol. Our Utrecht colleagues from the Geldmuseum (Money Museum) will flesh out the theme of Value. All the Golden Calves awarded by the Dutch Film Festival in September will be visiting the museum. The collaborative venture with Aziz, the Geldmuseum and the Dutch Film Festival makes GOLD a unique project that shows the collection of Museum Catharijneconvent from a different side. 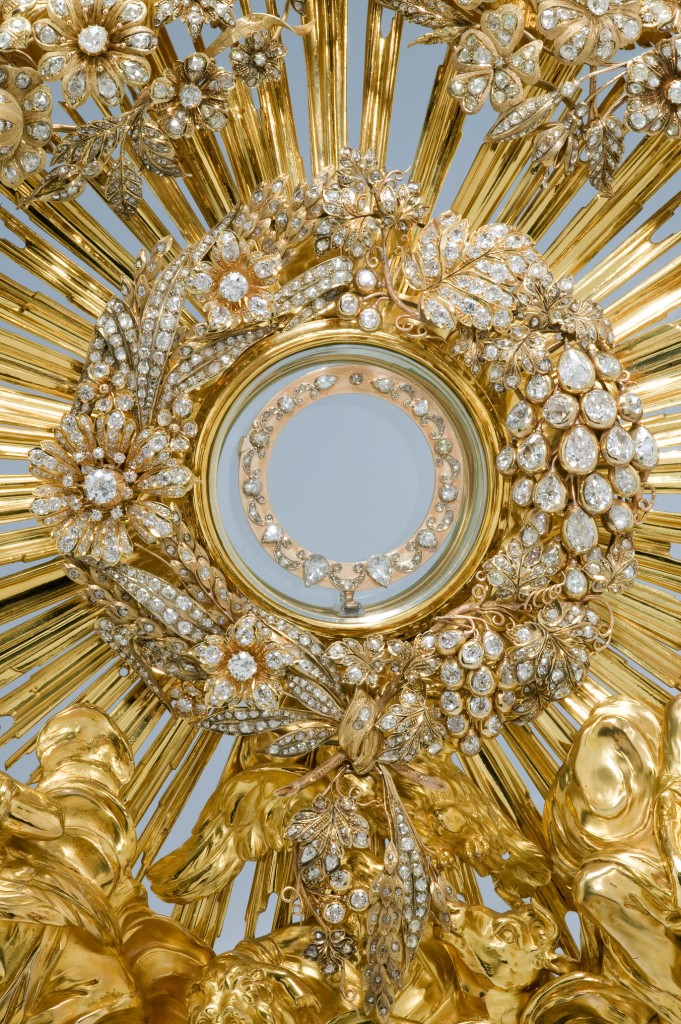 Surprising associations
Aziz has set up the exhibition in a highly associative and artistic way. He makes stimulating, thought-provoking associations that challenge visitors to make connections themselves. The restrained, chic design also invites responses. A special ‘experience room’ provides an opportunity to reflect on the exhibition, to assimilate the experience of gold. Aziz’s approach to the theme of Protection provides an excellent example of his method.

He places a gilded wooden crown of an Ashanti king alongside a facsimile of a gilded Roman helmet. Both are loans: the former from the Wereldmuseum in Rotterdam, and the latter from Museum Vojvodina in Novi Sad, Serbia. As a present-day equivalent, Aziz exhibits a face cream by La Prairie containing gold. He explains, ‘Gold on crowns and helmets offers protection from external forces; in face creams, it protects from the ageing process’. The Story theme too highlights the curator’s creative approach. From the State Museum of History in Moscow we received fifteen splendid objects on loan, especially for this exhibition. One is a gilded evangelistary in which gold is used to highlight the holy word. This tradition is also found in Islamic culture, as is shown in a juz (section of the Koran) from the Museum of Ethnography in Leiden, with a cover – completely coated in gold ? dating from the sixteenth or seventeenth century. Opposite it, Aziz has placed ‘today’s holy book’, a gilded laptop. 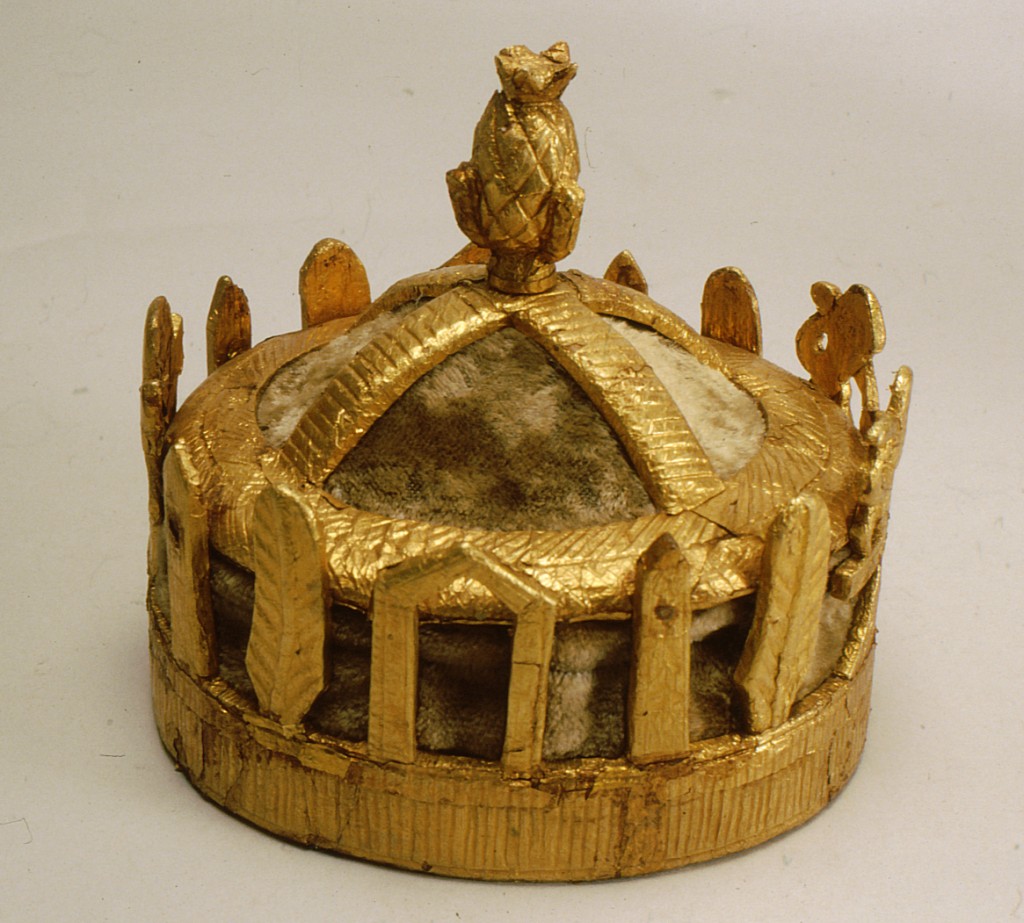 A Closer Look at Cultural History
Besides the artistic connections forged by Aziz, visitors are also given more insight into background factors in the use of gold, in terms of cultural history. A small, beautifully designed explanatory booklet places gold in its religious and cultural historical context. For instance, a gilded Egyptian mask from the National Museum of Antiquities in Leiden is illuminated by a discussion on the cult of death. The colours blue and gold on mummy masks symbolized the divine status of the deceased. The use of gold in relation to the divine displays a clear parallel with Christianity. The inside of a chalice or ciborium (a vessel used to hold consecrated wafers) should be gilded. According to Catholic doctrine, the bread and wine are actually transformed into the body and the blood of Christ during Holy Communion. Gold is seen as the only substance worthy of containing the divine. The secular use of gold is illustrated with a marvellous object granted to us on loan from the Dutch Royal House: the British Field-Marshall’s staff belonging to King Willem II. In 1845 the Dutch king was appointed Field Marshall of Great Britain in 1845 by the Duke of Wellington, under whose command he had fought in the Battle of Waterloo (1815). The staff, executed in gold and velvet, radiates a sense of power similar to a bishop’s crozier from the museum’s own collection.

Contemporary Art
Many modern artists are fascinated by gold. To them, it radiates power, luxury, desire or veneration. A considerable amount of space has been set aside for contemporary art within the themes compiled by Aziz. In this respect, Museum Catharijneconvent is adhering to one of its most important spearheads: innovating tradition. The past is dwelt on, but so are appealing cultural expressions from present-day society. One remarkable example is Vera Icon / Self-portrait 10 by Caspar Berger (on show until mid-September). Museum Catharijneconvent owns work by this sculptor including his overpowering Piëta, which is displayed in one of the ambulatories. With his solid gold Vera Icon, the artist reflects on the theme of the Idol. He includes references to the impression of Christ’s face on Veronica’s sudarium and to the famous self-portrait by Albrecht Dürer (1471-1528) as Christ (Metropolitan Museum of Art, New York) on the sudarium. 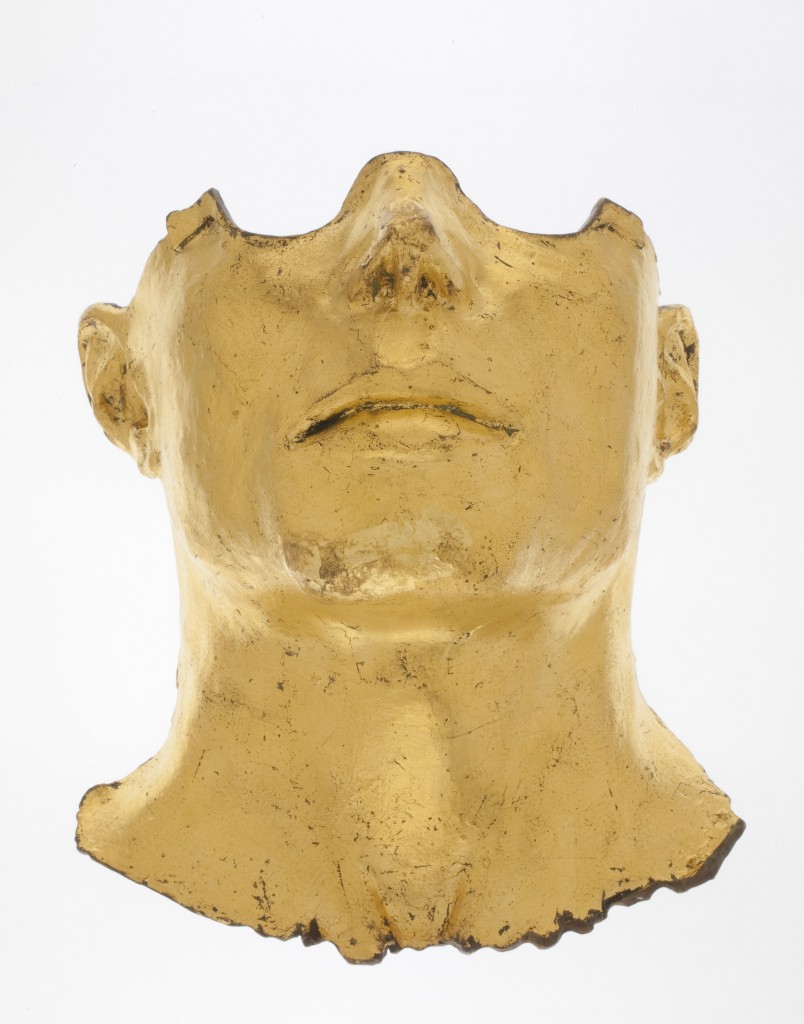 The artist places himself on the same level and makes himself an idol, which is reinforced by the use of gold ? fortunately not without irony, as is clear from Berger’s mocking grin in Vera Icon. In his quest, Berger constantly found himself turning to Michael Jackson, who tried to make himself – literally – into an ideal portrait, an ideal idol. This is clearly visible in a different loan, a gilded bronze face mask of Michael Jackson, made by the Amsterdam artist André Lassen. It is not a sculpture made after his face, but an impression of the lower facial features of this world-famous pop idol. Aziz compares the mask and Vera Icon to a Madonna and Child, in a gilded frame.

Within the theme of Power, the Amsterdam artist Ted Noten plays with the use of gold in a confrontational way. Whereas the Field-Marshall’s staff of King Willem II and the bishop’s crozier radiate secular and religious power, the work of Ted Noten revolves around a confusing kind of power. With his motto ‘design against crime’ at the back of his mind, he has made a stylish ladies’ handbag containing a gilded pistol. This illustrates the contrast between power and impotence, between what is valuable and what is valueless (the weapon has been disarmed) and between beauty and perniciousness. In this way, the artist explores the function of gold within the theme of power.

GOLD is an innovative exhibition because of the spectacular objects and contributions of contemporary artists as well as the collaboration with the Geldmuseum and the Dutch Film Festival. Above all, however, it is innovative because of Aziz’s artistic vision of gold, and hence of a substantial part of the collection of Museum Catharijneconvent – most of which is usually kept in the depot. Over the next few months, however, it will not be hidden away: everything that glitters here will be gold!

Museum Boijmans Van Beuningen is staging a solo exhibition by the artist Thomas Demand. Nationalgalerie takes Germany as its theme […]

The 1500m2 installation is made up almost entirely of ripples of water reflected in light, in which Eliasson visualizes light waves.

Hi you may have noticed on Wednesday through to Friday our post count went down a bit. Thats because FADwebsite […]