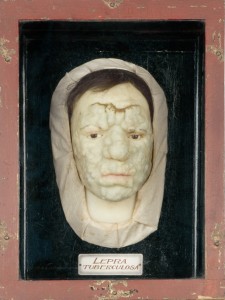 Open until 18 October 2009 at The Wellcome Collection.
In the 19th century, despite the best efforts of body snatchers, the demand from medical schools for fresh cadavers far outstripped the supply. One solution to this gruesome problem came in the form of lifelike wax models. These models often took the form of alluring female figures that could be stripped and split into different sections. Other models were more macabre, showing the body ravaged by ‘social diseases’ such as venereal disease, tuberculosis and alcohol and drug addiction.

The exhibition enables visitors to reflect on what these models tell us about Victorian attitudes to anatomical knowledge and issues including sexual reproduction, contagious disease and death. A combination of the beautiful and the grotesque, the examples on show are derived from European collections and museums of the 18th, 19th and early 20th centuries. They range from superbly accurate specimens designed for private use in teaching in anatomical theatres to models destined for often illiterate audiences in less salubrious parts of town, where displays highlighted the widespread fear of sexually transmitted diseases.
www.wellcomecollection.org