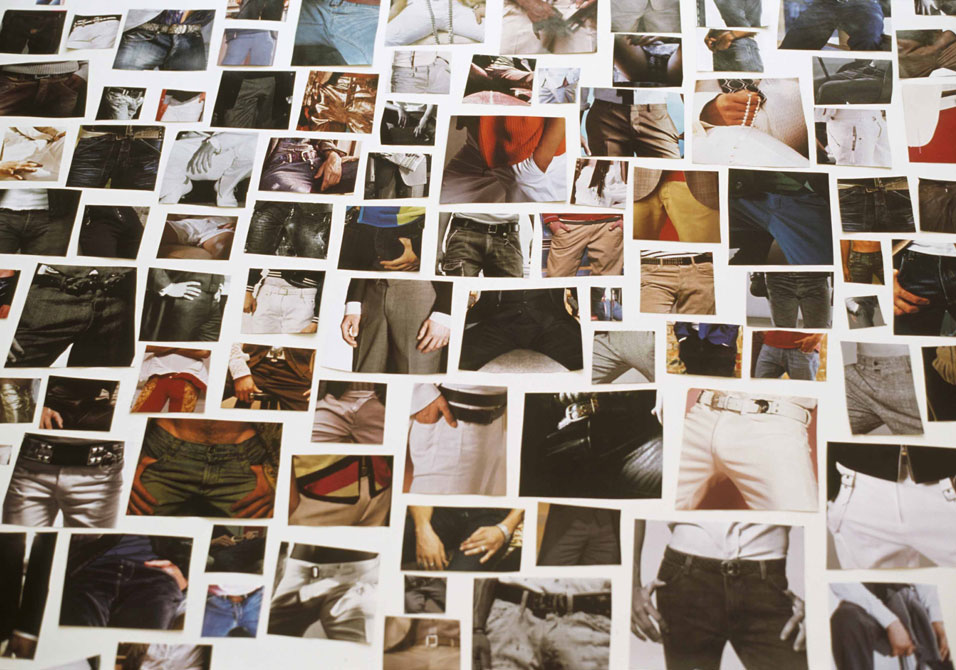 Acting is somewhat like posing and posing is somewhat like an act of performance. Most people perform daily either through their persona, the things they do or wear, in their work or leisure time. We transform ourselves through small gestures and by changing small details around ourselves. The exhibition Little Theatre of Gestures is about changes. Small changes. Changes that we do to ourselves or to our surroundings. The exhibition attempts to examine and look at how we display these changes, the theatricality of objects and bodies, staged and in daily life. We pose continuously, and depending upon the situation our gestures and poses change accordingly. We practise small scenarios—movements of power and powerlessness—even though we may not know how these movements and gestures can be used, and in which situations they might be appropriate. At times, “we turn up the volume” of our gestures and poses, or our surroundings become the stage for part of our daily theatre.

The Jamaican painter Isaac Mendes Belisario is a turning point in the exhibition, due to his interest in recording and describing the social realities of slavery at a pivotal moment in Jamaican history. Working in times of change and rebellion, his images record the cultural responses of the enslaved and emancipated, the economic, materialistic, and cultural interests of the land- and slave-owning elite. In his most well-known work Sketches of Character, In Illustration of the Habits, Occupation, and Costume of the Negro Population in the Island of Jamaica, published with the lithographer Adolphe Duperly in 1837/38, Belisario depicts the mixed, urban population of Jamaica and its folklore traditions and celebrations through twelve hand-colored lithographs.

Inspired by Belisario the exhibition turned towards modern gestures and three words have been encircled: theater, representation, and gestures. The twenty-first century has seen the introduction of many new tools for self-representation. On diverse social www-platforms (such as Facebook, MySpace, etc.), opinions and images of our self are exchanged, and our own private theater of images from our daily life is staged. Faster than ever, we can be anyone we want, and can create different personas in different media.

Little Theatre of Gestures is not aiming to give an overview on the formal and informal codes that constitute our communication in daily life, but instead to gather artistic positions for a mutual play on smaller or larger deeds. The focus is concentrated on a few artists who deal with gestures on a rather conceptual level, and who present and mirror each other’s interests and approaches: from documentary-like staging to self-staged personas, from staged objects to daily abstractions.
kunst museum basel

The Catalogues for the exhibition The Little Theatre of  Gestures examines how we display change through the theatricality of objects and bodies, both staged and in daily life. Artists include Kutlug Ataman, Iñaki Bonillas, Gerard Byrne, Rodney Graham, Hilary Lloyd, Kirsten Pieroth and Susanne M. Winterling.