“Some people say aesthetics and politics are different. I say the best thing about  aesthetics is that the politics which permeate it are totally invisible…Aesthetics are not  about politics, they are politics themselves.”

“Aesthetics is the way we communicate through the senses. It is the art of creating reactions without words,  through the look and feel of people, places and things. Hence, aesthetics differs from entertainment that requires cognitive engagement with narrative, wordplay, or complex,  intellectual allusion…Aesthetics shows rather than tells delights rather than instructs. The effects are immediate, perceptual and emotional.”

This brief, energetic show is an attempt to forge affective connections and entanglements between the works of Linder, Jemima Stehli, Hamish Morrow and Hilary Lloyd as a means of foregrounding the politics embedded in the aesthetic choices that each artist makes. 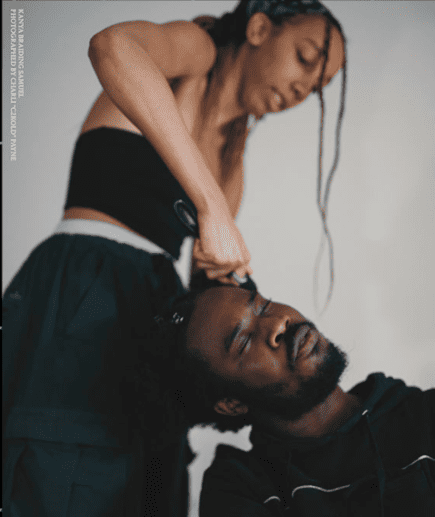 From creating maps from cane rows to exploring protective styles that care for afro hair; braiding, locking and twisting are art forms […]