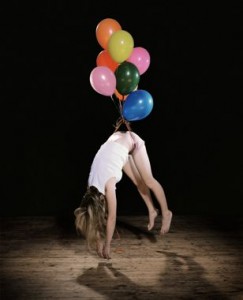 White Cube is pleased to present an exhibition by Sam Taylor-Wood, her first with the gallery since 2004. In this body of new work, which includes three groups of photographs and a large-scale film installation, Taylor-Wood continues to explore the themes of absence and mortality that gives her work such strength, pathos and resonance.

White Cube Mason’s Yard
In the ground-floor gallery, Taylor-Wood will present a series of photographs based on Emily Brontë’s ‘Wuthering Heights’. Titled ‘Ghosts’ and shot on the moors near Top Withens, Yorkshire, the pictures depict a beautiful and expressive landscape, and yet one that is also bleak, almost exhausted, as if the landscape itself expressed the novel’s brutal take on the themes of desire, thwarted love and suffering. One picture depicts two leafless trees, one large and dominant, the other appearing to turn away meekly, in a relationship that seems to embody that between Catherine and Heathcliff. In another, a brisk wind pushes some yellow-grey grass along a ridge beneath a moody sky. Although the photographs are suffused with the chill of winter, the harsh beauty of the landscape gives the photographs a hint of vibrancy and resilience.

In the lower ground-floor gallery, Taylor-Wood will present ‘Sigh’, a large-scale, multi-screen installation made in collaboration with the BBC Concert Orchestra. In a dark, rundown studio, the members of the orchestra sit in their everyday clothes. They start to play a piece of music, but without their instruments, sawing and blowing the empty spaces where their violins, cellos or flutes should be. Though the music is clear and audible, the absence of the instruments renders the sound oddly incorporeal. Taylor-Wood shot each section of the orchestra in different takes and these individual films will be projected onto multiple screens within the gallery space, playing with the viewer’s spatial perception of both the music and each section of the orchestra. At the front of the gallery, the conductor leads the denuded orchestra in a private, ghostly performance. ‘Sigh’ features a newly commissioned score by the Academy Award-winning composer Anne Dudley.

No.1 The Piazza, Covent Garden
The exhibition continues at No.1 The Piazza, Covent Garden (until Wednesday 5 November) with two more bodies of new work. ‘After Dark’ is a series of photographs of clowns in dilapidated, post-industrial settings. Each of the pictures features a clown or a pair of clowns waiting around, or doing very little; any hint of performance has a haunting, melancholy tone. In one, a clown teeters at the edge of a tube platform, as if he’s about to step off into an oncoming train. In another, a clown climbs into an abandoned factory while light streams through the dust-charged air. The comic potential of these scenes is offset by an air of dereliction and concealment. This mood of absurdity carries through to a group of self-portraits called ‘Escape Artist’. Reminiscent of the artist’s earlier ‘Self Portrait Suspended’ series, these photographs show the artist suspended, impossibly, from brightly coloured helium balloons. Slumped and heavy, the artist’s body contrasts with the vivid, inflated balloons that seem to raise her heavenward.

A fully illustrated catalogue with texts by Craig Burnett and Justine Picardie will be published by White Cube/Steidl to accompany the exhibition.