Throughout the course of his career, Cy Twombly (1928–2011) produced thousands of artworks inspired in large part by art and literature from the classical world, which he encountered through his travels, reading and collecting. Organized by the Museum of Fine Arts, Boston (MFA), and the J. Paul Getty Museum, Making Past Present: Cy Twombly is the first exhibition in the U.S. to explore how the artist’s lifelong fascination with ancient cultures shaped his creative vision. It is also the first museum presentation of Twombly’s work in Boston—a city where he spent formative years of his life, as a student at the School of the Museum of Fine Arts and a frequent visitor at the MFA. The exhibition brings together more than 60 paintings, sculptures, drawings, photographs and prints by Twombly; nearly 30 ancient Greek, Roman, Egyptian and Near Eastern artworks from the MFA’s collection; and a dozen marble and bronze antiquities from the artist’s personal collection, on public view for the first time.

As a scholar of Greek and Roman art, I’ve always been interested in the relationship between word and image. It’s been a fascinating journey to look at Cy Twombly’s art through this lens—to see how ancient texts and poetry informed his radical introduction of language into his art

We’re proud to present so many of this world-renowned artist’s rarely seen works (paintings, sculptures, drawings and photographs) and to celebrate him as an SMFA student who was so deeply engaged with the Museum’s Greek, Roman and Egyptian art.

Twombly’s engagement with antiquity was rich and various. He was a reader of ancient texts and a student of mythology, poetry and philosophy. He was a frequent traveler and expatriate—in 1959, Italy became his primary residence, where he sought out and lived among centuries-old sites, monuments and artifacts. As an artist, he followed in the footsteps of famous predecessors, like Auguste Rodin, whose creative dialogues with antiquity conditioned his own. Twombly was intent on marking his place in this tradition, but he did so in an artistic language that was unmistakably contemporary.

Highlights of works by Twombly include pieces that are rarely on public display, such the 30-sheet composition Untitled (1970, Collection Cy Twombly Foundation) and the paintings Catullus (1962, RIRA Collection, Cologne) and Orpheus (1979, Collection Fondazione Nicola Del Roscio).

Twombly’s own antiquities, displayed publicly for the first time, focus on the subjects that inspired his art: emperors, heroes and divinities. They include both authentic ancient sculptures and later copies of Greek and Roman works. Many of the marbles he acquired are worn and fragmentary, exhibiting qualities that appealed to his sense of history and the passage of time.

The exhibition at the MFA is presented alongside Sally Mann and Cy Twombly: Remembered Light. The companion installation brings together three sculptures by Twombly, on loan from the Cy Twombly Foundation, inside the MFA’s George D. and Behrakis Wing—within view of ancient statuary, vessels, funerary objects and architectural fragments that the artist would have seen when he was an art student at the School of the Museum of Fine Arts, Boston. They appear alongside 13 photographs by Sally Mann from her series Remembered Light, on loan from the Gagosian Gallery, New York.

Mann and Twombly enjoyed many visits and walks together during the later years of Twombly’s life, when he was Mann’s neighbor in Lexington, Virginia. While their association may appear surprising—they were from different generations and made art in different media—both had grown up in Lexington and their artistic affinity ran long and deep. Mann, known best for her photographs of family, children and the Southern landscape, was inspired to photograph Twombly’s Lexington home and studio from 1999 until after his passing in 2011. Through her lens, she sought to capture aspects of his life, his inner world and his appreciation for the past. Appearing alongside Twombly’s sculptures, the photographs—pervaded by the same themes of life, mortality and remembrance present in Mann’s other work—form a poetic dialogue between these two friends and their powerful artistic visions. 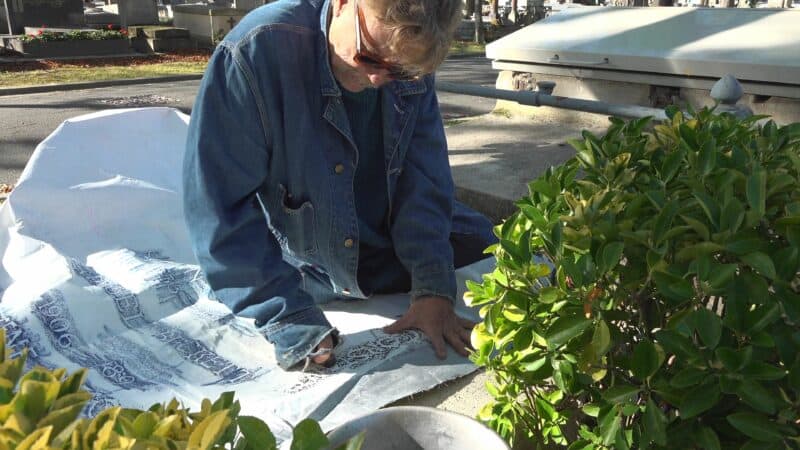