The Bronx Museum of the Arts will open Abigail DeVille: Bronx Heavens, the artist’s first museum survey which will examine the myths and realities of local, familial and ancestral histories and the convoluted notion of freedom in a country fraught with oppression and racism.

Bronx Heavens will feature DeVille’s work created over the past ten years, and examine different aspects of the borough’s 120 year history as a haven for immigrant and migrant communities, including for several generations of DeVille’s family who have lived in the area and were part of the Great Migration. Bronx Heavens is organized by Eileen Jeng Lynch, her first exhibition at The Bronx Museum as the new Director of Curatorial Programs.

Inviting visitors to discover and experience alternative narratives, DeVille has created an interactive installation for The Bronx Museum’s lobby, taking the form of an oral history project. DeVille describes the installation as based on the pyramid of Djoser which houses a space capsule that visitors are invited to enter, share their stories, and be transported. In keeping with her ongoing performance art practice that takes to the streets and engenders spirited community gatherings, the space capsule will travel on select days to outdoor cultural festivals, schools, and senior centers in the Bronx to collect stories. At the Museum, visitors will also be able to listen to the recordings from a large monolithic sculpture, a nod to Stanley Kubrick’s 2001: A Space Odyssey.

An installation of vintage television monitors playing clips that reference the past century of Bronx history, further activate viewers’ senses and initiate a dialog about how the past is documented and re-presented over time. DeVille’s work thus focuses on the forgotten stories of marginalized people and places, contending with social issues, racial oppression, and lost histories through site-specific immersive installations.

Continuing the tradition of assemblage that recalls African-American visionary artists of the South such as Thornton Dial and Noah Purifoy, who constructed sculptures out of materials found after the Watts Rebellion in Los Angeles, DeVille similarly culls materials from the Bronx––such as architectural salvage, shopping carts, and everyday appliances––that evoke complex narratives and represent contradictory symbols of freedom. Through sourcing rubbish and found objects often from areas surrounding the exhibition site, DeVille’s part-archaic, part-Afrofuturist sculptures and installations transcend time, as cycles of rebirth and regeneration permeate her practice.

Bronx Heavens includes eight new sculptures from DeVille’s Libertas series––inspired by the Roman Goddess of liberty who became the patron of freed enslaved people in Roman society––that will lead to a large-scale living room installation housing earlier paintings and sculptures related to familial histories. Akin to her breakout commission by Madison Square Park Conservatory, Light of Freedom—which drew inspiration from an 1876 photograph of the disembodied hand of Frédéric-Auguste Bartholdi’s Statue of Liberty when it was housed in the park, and comprised a monumental torch alight with mannequin arms that form a bright blue flame—a floor-to-ceiling monument of mannequin parts that are shrouded with a dark, punctured covering serves as an homage to the unknown inhabitants of the Bronx, referencing their invisible labor and layers of history that have been erased.

DeVille’s work weaves together the lost and living stories of the Bronx, functioning as a bridge that unites the past, present, and future of this abundant community. The exhibition reminds us that history is incomplete and ever-evolving, and by providing a way for the contribution of counter narratives suggests hope through a critical lens.

Abigail DeVille: Bronx Heavens is curated by Eileen Jeng Lynch, Director of Curatorial Programs. Previously, she was the Senior Curator of Visual Arts at Wave Hill, where she created exhibitions and programming that explore the intersections of nature, culture, and place, including commissioning artists on site-specific projects.

About the Artist:
Abigail DeVille’s most recent solo exhibition was Light of Freedom, organized by Madison Square Park Conservancy (2020-21), and traveled to the Momentary at Crystal Bridges Museum of American Art, Bentonville, AR (2021) and the Hirshhorn Museum Sculpture Garden, Washington, DC (2021-22). Other commissions and solo museum shows include The American Future, Portland Institute for Contemporary Art, Portland (2018-19); Lift Every Voice and Sing (amerikanskie gorki) at Institute of Contemporary Art, Miami (2017-2018); Empire State Works in Progress (2017) at the Whitney Museum of American Art, New York; No Space Hidden (Shelter) at Institute of Contemporary Art, Los Angeles (2017-2018), and Only When It’s Dark Enough Can You See The Stars at The Contemporary, Baltimore (2016). 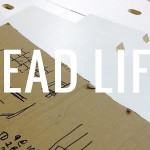 Together the artists Ryan Roa, Jonathan Brand, Adam Brent, Travis LeRoy Southworth, and Rahul Alexander make up BroLab based in NYC. Dead Lift refers to a situation that requires all one’s strength or ingenuity, the lifting of weight without momentum. BroLab starts a project by questioning how a space can be activated. What will create a conversation, what will solve a problem, what will be useful?