The Armory Show has announced the public art installations of Armory Off-Site, the second edition of the art fair’s outdoor art program that brings large-scale artworks to New York City’s parks and public spaces. Each work will be on view during the fair, which takes place at the Javits Center this September 9–11. Several Armory Off-Site installations will remain on view until late 2022.

Caycedo (Instituto de Visión) in Times Square as part of Times Square Arts’ Midnight Moment program. These four Armory Off-Site works are exhibited in tandem with the fair’s five sculptures at the US Open, presented as part of The Armory Show’s Armory

Nicole Berry, Executive Director of The Armory Show, says: “We are honored to work with our esteemed exhibitors and their extraordinary artists to provide dynamic public art installations in five distinct locations in New York City. Each installation selected for our second annual Armory Off-Site program offers a unique perspective, introducing the public to works that inspire and engage. We are also grateful for our partnership with the New York City organizations who offer their spaces as they share the fair’s commitment to introducing a broader audience to contemporary art.”

Bella Abzug Park
Juan Capistrán’s text-based sculpture Sundown (2021–2022),presented by CURRO, is rooted in the context of “sundown towns” and redlining across the United States. Sundown towns, also known as sunset towns, are all-white municipalities or neighborhoods in the United States that practice a form of racial segregation by excluding non-whites. The term came from signs posted that “colored people” had to leave town by sundown. This work takes the form of a quaint, large-scale greeting sign that welcomes viewers with a picturesque sunset landscape painted within the letters forming the words “get out. Presented in partnership with NYC Parks & Hudson Yards Hell’s Kitchen Alliance

Flatiron Plaza
Tomokazu Matsuyama’s polished steel work Dancer (2022), presented by Kavi Gupta Gallery, contemplates the total experience of his paintings and the logical relationships of the formal elements within. Laser-cut patterns in polished steel shimmer in and out of sight as viewers move around the pieces, with the broad flat facets being nearly paper-thin amid the weighty “outlines” defining their boundaries. The mirror polish is more than just “fetish finish”—it is a means of activating the surfaces. The piece’s own patterns reflect across each other, complicating their reading, and almost serving as an optical metaphor for Matsuyama’s vision of cultural exchange. The effect extends beyond the piece as its surfaces take on the colors of its environment.Presented in partnership with the Flatiron NoMad Partnership and Department of Transportation’s Art Program (DOT Art)

Ruth Wittenberg Triangle
Adam Parker Smith’s new sculpture Ganymede with Jupiter’s Eagle (2022), presented by The Hole,is at first glance both instinctively recognizable and bizarrely different. The artist—working with a team of master carvers, a seven-axis reductive robot, and the digital research teams at museums like the Uffizi—has rendered some of the greatest hits of Hellenic sculpture in 3D modeling programs, before compressing each of them into a compact cube, painstakingly chiseled out of a Carrara marble block. The ancient stone draws a material through-line between the sculpture Smith has chosen for his antic homage—Apollo of Belvedere, Bernini’s David, and others—the better to defamiliarize these paradigmatic works as they appear before the viewer, radically reshaped.Presented in partnership with the Village Alliance and Department of Transportation’s Art Program (DOT Art)

Times Square
Carolina Caycedo’s Patrón Mono: Ríos Libres, Pueblos Vivos (2022) will be on view each night in September in Times Square as part of the organization’s Midnight Moment series. Presented with Instituto de Visión, the work portrays the lower Cauca River canyon located near Antioquia, Colombia—a region currently impacted by the Hidroituango dam crisis. The muleteers, fishermen, and artisanal miners of the region refer to the Cauca River as Patrón Mono (Blonde Boss), because of its yellow color and the gold found in its waters and sands. Each night, flowing water and glittering gold will move in kaleidoscopic configurations across the iconic billboards of Times Square. Presented in partnership with Times Square Arts 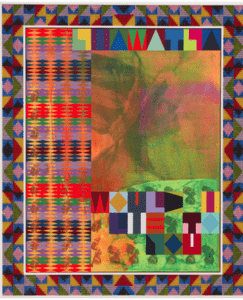 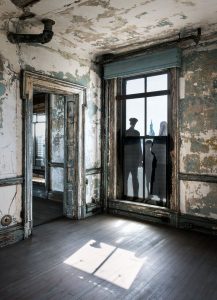 On the exterior of Pier 94, the artist and 2018 Academy Award nominee, JR, will debut a monumental work,transforming archival Ellis Island photographs into a large-scale installation. 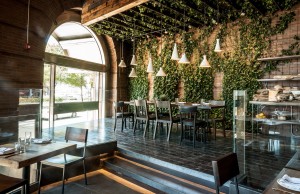 #FADspots Eat Up the Big Apple During Armory Week

Where to eat and drink in NYC this week