Mariano: 'Variations on a Theme' The First Comprehensive Exhibition on Cuban ArtistMariano Rodríguez in the United States - FAD Magazine
Skip to content

The exhibition includes works from across six decades of the artist’s career, featuring paintings, watercolors, and drawings on loan from leading private and institutional collections, including the artist’s estate, which has provided unprecedented access to rare works and archival material.

The artist, widely known simply as “Mariano,” is regarded as one of the most important and influential painters of the segunda vanguardia. The second generation of Cuban modernists (1938-50) used their work to construct and express their vision of Cuban national identity. Rural life, the quotidian and Afro-Cuban culture served as inspiration for that identity as demonstrated in this exhibition.

While best known for his variations on the theme of el gallo (the rooster), Mariano also embraced common people, fruit, vegetation, marine, as well as religious and syncretic motifs. In his work, Mariano elaborated on these subjects and adapted a variety of stylistic approaches ranging from figuration to Geometric Abstraction, Abstract Expressionism, and grotesque imagery. Through the grotesque, Mariano demonstrated a rich blend of form and styles, which established a new postmodern orientation to his work.

In line with our mission and vision to present international modern and contemporary art, and specifically within our focal point of the Caribbean, as a region for deeper exploration, art historically, we are pleased to bring the important artworks of Mariano to Miami. While the works displayed here are from the past, we continue to believe there is much to learn from revisiting history in the present and exploring dialogue and potentially new narratives.

Mariano: Variations on a Theme is organized by the McMullen Museum of Art, Boston College, in collaboration with the Fundación Mariano Rodríguez. The exhibition has been curated by Elizabeth Thompson Goizueta with support from Boston College and the Patrons and the Latin American Art Initiative of the McMullen Museum. The presentation of the exhibition at Pérez Art Museum Miami is coordinated by PAMM’s Andrew W. Mellon Caribbean Cultural Institute Coordinator Iberia Pérez González with PAMM’s former Director of Curatorial Affairs and Chief Curator René Morales. Exhibition support from Ramón Cernuda and Nercys Ganem, Karen H. Bechtel and William T. Osborne, Maria C. Bechily and Scott Hodes, and JW Marriott Marquis Miami is gratefully acknowledged. The exhibition is accompanied by a fully illustrated, bilingual (English/Spanish) catalogue edited by Elizabeth Thompson Goizueta and published by the McMullen Museum.

As a scholar of Latin American and Iberian art, literature, and culture, I am thrilled to present this major solo exhibition on Cuban artist Mariano Rodríguez at PAMM. The extensive talents of twentieth-century Cuban modernists warrant continued examination. As historically marginalized artists begin to garner attention in the Western modernist canon, the expansion of these rigid boundaries is due to inclusive dialogue. Through bilingual didactics and a catalogue, I hope to bring Mariano’s work to the broadest community possible.

Mariano Rodríguez studied at the Academia San Alejandro in Havana, Cuba, and at the Academia San Carlos in Mexico under the tutelage of the renowned painter and muralist Manuel Rodríguez Lozano. Mariano’s work has appeared in group exhibitions in the United States at the Museum of Modern Art (MoMA) and the Brooklyn Museum in New York, as well as the Pan-American Union in Washington D.C. Internationally, his work has been featured in exhibitions at the Museo de Arte Moderno, Mexico City; Musée d’Art Moderne de Paris; V and VII Bienal de São Paulo, Brazil; Museo de Arte Moderno, Madrid; Museo de Bellas Artes, Caracas; and the Bienal de La Habana, among others. Mariano has been the recipient of numerous honors and awards, and his work can be found in prestigious private as well as institutional collections such as Museum of Modern Art (MoMA), New York; National Gallery of Art, Washington D.C.; Los Angeles County Museum of Art (LACMA); Museo Nacional de Bellas Artes, La Habana; National Gallery Sofia, Bulgaria; UNESCO, Paris; and Pérez Art Museum Miami. 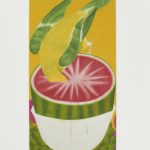 SOUTH SOUTH is an online community to bring together galleries with at least 40% of their artists coming from the ‘Global South’. Its lockdown-driven first commercial initiative with 50 galleries runs to March 7th. 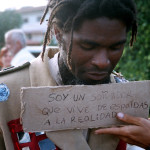 ‘Dangerous Moves’ examines performance and politics in post-revolutionary Cuba, a subject which has never before been widely documented. With Cuban politics and society currently attracting global attention, Coco Fusco presents a timely survey of the country’s contemporary life and culture