‘Dangerous Moves: Performance and Politics in Cuba’ is a major new publication by renowned Cuban-American interdisciplinary artist and writer Coco Fusco. Made possible by the Absolut Art Award for Art Writing, which Fusco won in 2013, ‘Dangerous Moves’ is published by Tate Publishing. 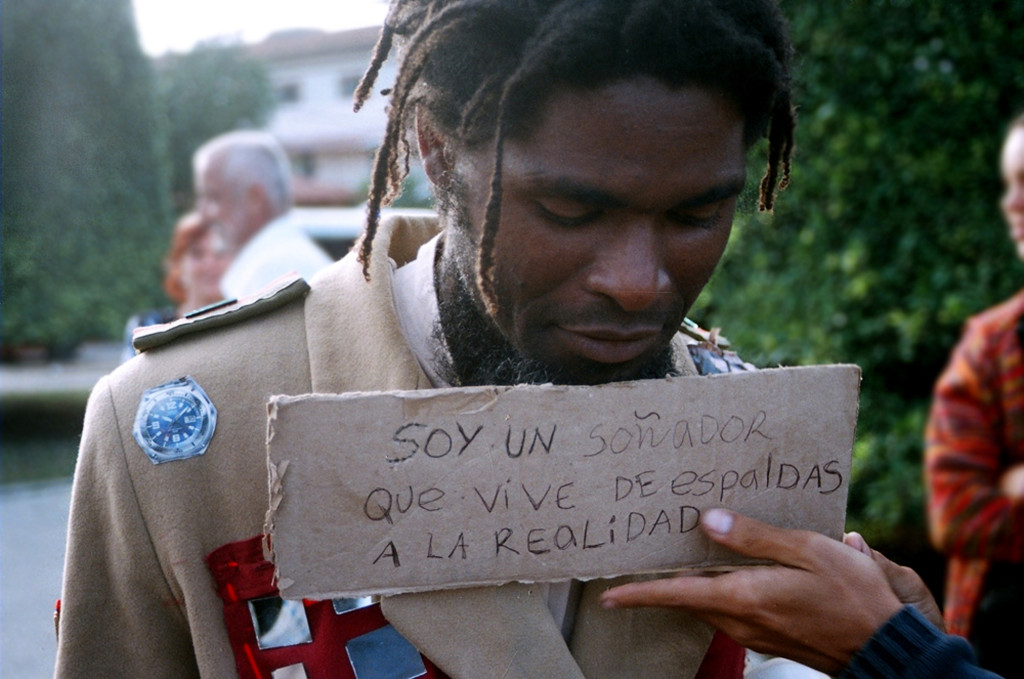 Amaury Pacheco El Muro (The Wall) (2006) Text reads: “I am a Dreamer Who Lives with His Back to Reality” Photo Credit Reynier Leyva Novo © Amaury Pacheco del Monte

‘Dangerous Moves’ examines performance and politics in post-revolutionary Cuba, a subject which has never before been widely documented. With Cuban politics and society currently attracting global attention, Coco Fusco presents a timely survey of the country’s contemporary life and culture through some of its most daring and experimental artists, such as Angel Delgado, Carlos Martiel, Tania Bruguera and Omni Zona Franca. Fusco analyses the ways in which Cuba’s political regime has wielded influence over artists in recent times, showing how – in a context in which overt political speech is subject to censorship – the language of performance has emerged as the favoured means of social commentary. ‘Dangerous Moves’ focuses on a range of performative practices in visual art, music, poetry and political activism. The book explores the relationship between the abject body in performance and the greater body politic of a state officially defined as revolutionary, yet seeking to limit and constrain dissent. 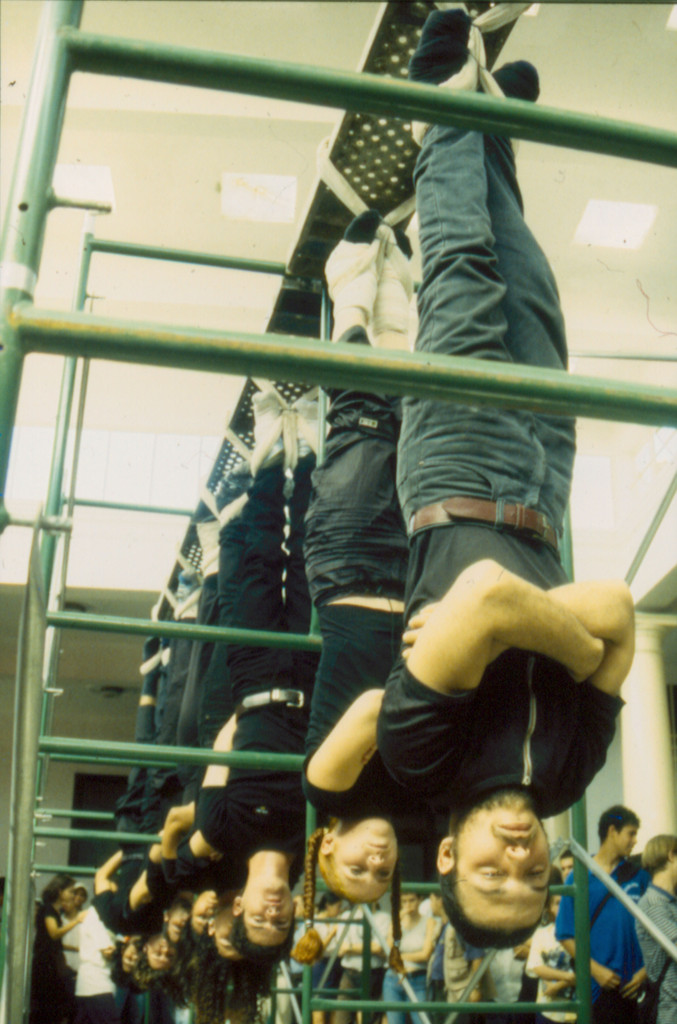 Fusco’s study highlights two key time periods of upheaval in Cuba: the late 1980s, when performance art rose steeply in popularity, and the past decade, when performance art re-emerged as an unofficial subculture. During both periods, artists have endeavoured to produce original and innovative works which also incorporate their concerns about the limits imposed by the state on freedom of expression. Performance art and artistic interactions are inextricably linked with politics, and offer an insight into attitudes towards the state as well as an insight into its inner workings.

“It is fantastic to have had the opportunity to work on and publish ‘Dangerous Moves’. Politics still plays such a central part in the development of art in Cuba. Art and politics go hand in hand, and art has been vital for challenging the state control of the arts”

“We are delighted to have worked with Coco and Tate Publishing on ‘Dangerous Moves’. Coco’s publication will transform an area of research that was previously unexplored. ‘Dangerous Moves’ is a major new piece of scholarship from a global artist, writer and thinker, and is a key addition to the canon of writing on contemporary performance art”

About Coco Fusco
Coco Fusco is a writer and artist who has performed, lectured, exhibited and curated around the world since 1988. Fusco received her B.A. in Semiotics from Brown University (1982), her M.A. in Modern Thought and Literature from Stanford University (1985), and her Ph.D. in Art and Visual Culture from Middlesex University (2007). Her work explores the politics of gender, race, war, and identity. Working in a variety of formats, she has staged multi-media productions incorporating large-scale projections, closed-circuit television, web-based live streaming performances with audience interaction, as well as performances at cultural events that actively engage with the visitors.

Fusco is the author of English is Broken Here: Notes on Cultural Fusion in the Americas (1995), The Bodies that Were Not Ours and Other Writings (2001), and A Field Guide for Female Interrogators (2008).

‘Dangerous Moves’ by Coco Fusco (Hardcover, £24.99) is available to buy in all good bookstores and online at shop.tate.org.uk.

Absolut Art Award
The Absolut Art Award was instituted in 2009 to mark 30 years of creative collaborations with artists. The Award offers an artist and an art writer a unique opportunity to realise their dream projects, demonstrating our continued commitment to collaborating on transformative projects with the world’s most creative talent.

In 2009, Absolut announced a new format for the Absolut Art Award providing recognition and project funding for both artists and art writers. The winner in the Art Writing category receives a €20,000 cash prize and budget of €25,000 to develop a new publication. The winner in the Art Work category receives a cash prize of €20,000 and a project development, production and exhibition budget of €100,000.

In September 2013 Renata Lucas was awarded the Absolut Art Award for Art Work and Coco Fusco the prize for Art Writing, at a ceremony in Stockholm, Sweden. The 2013 Jury was led by Jury President Carolyn Christov-Bakargiev and the 2013 Jury members were distinguished curators Beatrix Ruf, Maria Lind, Chus Martinez and artist Susan Hiller. Renata Lucas’s winning project, The Museum of the Diagonal Man, was unveiled in September 2014 in Rio de Janeiro, Brazil.

In May 2015, during the 56th International Art Exhibition – la Biennale di Venezia, Frances Stark and Mark Godfrey were awarded the 2015 Absolut Art Award for Art Work and Art Writing respectively. Led by 2015 Jury President Massimiliano Gioni, Artistic Director at the New Museum in New York and at the Fondazione Nicola Trussardi in Milan, the distinguished international Jury comprising of Magali Arriola, Negar Azimi, Doryun Chong and Jessica Morgan, selected the winners based on their proposals to create a new artwork, project or piece of art writing, unencumbered by commercial constraints. The winners will be honoured in an award ceremony in September 2015 in Stockholm, Sweden. www.absolut.com/Absolut-Art-Award/ 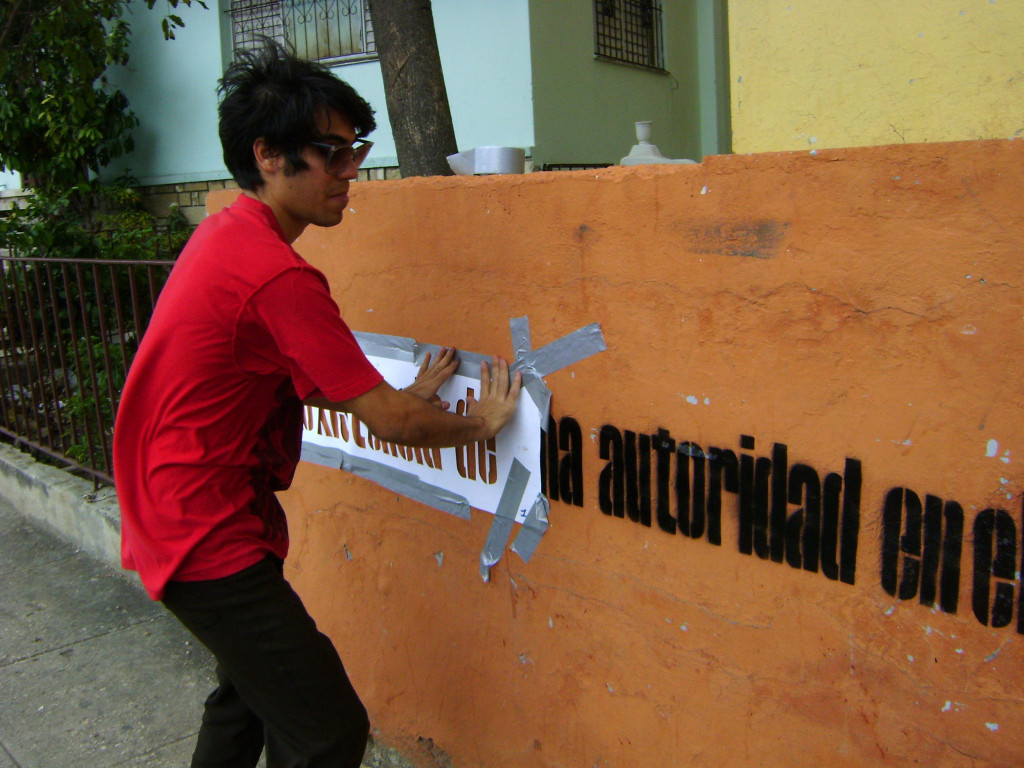