Where to Go to Find Out Where We Came From: The Artists Self-Publishers’ Fair - FAD Magazine
Skip to content 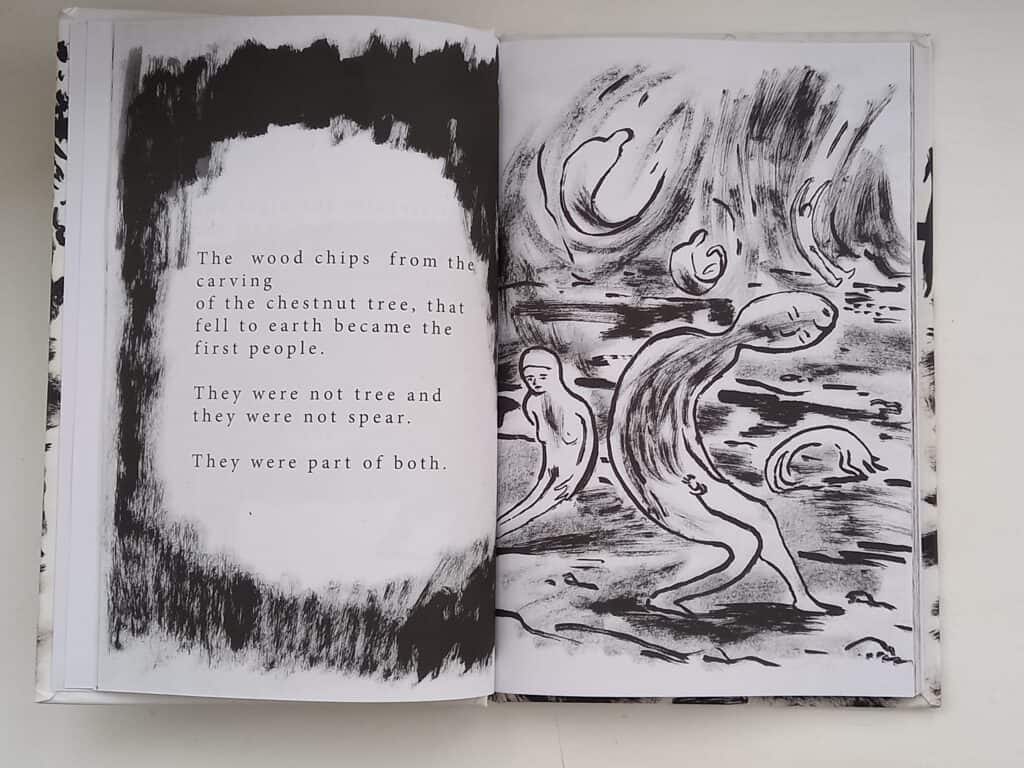 The Seventh Artists Self-Publishers’ Fair takes place this Saturday 30 July 2022 at Conway Hall in London WC1. Free to both visitors and participants, it hosts more than 70 independent artist self-publishers. The idea is ‘to avoid the restrictions and market dominance of much of contemporary arts culture’. From previous editions I can vouch for how the book format – imaginatively interpreted – offers artists stimulatingly different freedoms and restrictions from other media, and provides visitors an affordable and storable  means of purchasing their work. Look out, for example, for the stands of the fair’s co-founder, Sara MacKillop, and those of Nicholas Cheveldave, Hi-Noon and R.I.P. Germain. 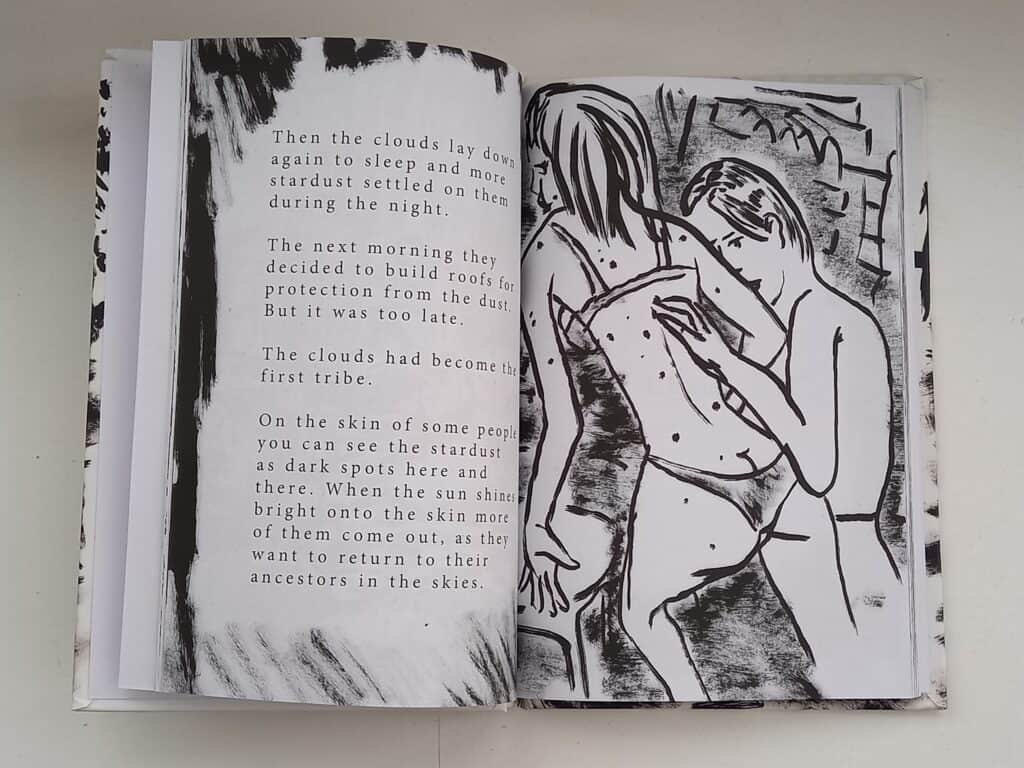 Another favourite of mine is the London-based German Markus Vater, who often roams far beyond his core practise as a painter. He’s bringing his new book ‘Chaos – 9 Stories’, together with previous publications.  Each of the nine stories provide a briefly-told answer to the question: where do people come from? Were they, for example, the chippings from a giant spear, carved by the maker of all things to enable him to hunt down the night sky and so make daylight permanent?  Or were they sculpted by a magic kangaroo unable to get its own kind quite right? Vater’s drawings of the various scenarios give the implausible impression that he might have been making notes in the field.  And though the possibilities are entertainingly surreal, they’re not without metaphorical potential or connections to everyday life. ‘Clouds’ finds our origins in the stars in a way which might remind you of the scientific fact that most of our chemical constituents did indeed originate in outer space. Stardust settled overnight on clouds that had fallen and lay unconscious, too heavy with the dust to return to the sky when they awoke. The stranded clouds became ‘the first tribe’ and that explains why ‘on the skin of some people you can see the stardust as dark spots here and there. When the sun shines bright onto the skin more of them come out, as they want to return to their ancestors in the skies.’