South Korean culture has gained worldwide recognition recently, with enormous interest in the country’s Pop culture, music, entertainment and art scene. Curator Rokhee Hwang of The Mews Gallery in Gangneung, is on a mission to introduce the most exciting emerging and more established South Korean contemporary artists to a global audience, and she is bringing Sang Woon Nam and Ji-Young Hong to the J/M gallery on Portobello Road to showcase their new work in their first UK exhibition: ‘Love under the Blue Moon’.  Both artists have exhibited widely and are prominent on the art scene in their native South Korea, so Rokhee Hwang is excited about introducing their work to the London contemporary art world.

Sang Woon Nam’s photo-realist paintings feature a mystical landscape evoking a blue moon, while the abstract paintings of Ji Young-Hong are formed with multiple layers of colour which will transport some of the vibrant energy of Seoul to the J/M Gallery space. Sang Woon Nam’s use of blue moon symbolism lends the exhibition its title ‘Love Under the Blue Moon’, and these spiritual moon paintings are complemented by Young-Hongs eclectic display of abstract portraits.

The use of blue in Sang Woon Nam’s Blue Moon paintings expands on the artistic lineage of the colour blue, from the blue paint pigment made from crushed lapis lazuli used by early Renaissance artists such as Giotto, to the International Klein Blue (IKB) created and trademarked by Nouveau realist artist Yves Klein in 1957, which he claimed represented the immaterial, pure form and space, and the infinity of the sky.  Sang Woon Nam’s feature the blue moon, an additional full moon that appears in a calendar month. The expression ‘one in a blue moon’ comes from the fact that on average, this comical event happens only every 2.7 years.

Sang Woon Nam has trying to find the ‘perfect blue’ in his paintings for more than twenty years, an obsession almost on a par with Yves Klein’s development of IKB. Sang Woon Nam’s highly photorealistic and intricate paintings are inundated with the hue of blue which the artist has found solace in. He believes that the wording of ‘blue’ restricts the exploration of the colour, as there are so many vast differences in emotions that slight hues of blue incite. For Sang-Woon, his ‘blue moon’ colour represents the rarity of finding such a discovery, one which is accompanied by symbolic uses of lotus leaves. This shade which he has come to know as ‘Blue Moon’ is used across the majority of his work.

Lotus Leaves also feature prominently in Sang Woon’s paintings, and they highly significant in South Korean culture as symbols of creation, rebirth and reproduction, and a magical flower found in Korean Buddhist temples. The lotus is one of the most recognisable Buddhist symbols of enlightenment. A zen verse says: “May we exist in muddy water with purity, like a lotus.”

Sang Woon focuses on the lotus leaf as his own signifier of rebirth, experimentation and new beginnings within his practice. Breathing his own version of blue on to the lotus leaves creates a highly realistic, yet abstract feeling, evoking a sense of familiarity. His large-scale paintings seek to absorb the repetitive pittances of regular routine and stress, and unleash them within a constant reproductive process felt in his practice. As with the symbol of the lotus, each painting is rebirthed and reproduced upon each viewing, and the rarity of Sang Woon Nam’s shade of ‘blue moon’ provides the familiar yet abstract qualities as mentioned. What may seem like a high-quality photograph, soon unravels years of expertise and meticulous technique. Sang Woon Nam’s paintings can take from 3–36 months to complete. His hand aims to reproduce what the finest macro lens cannot – a world of detail and intricacy through a blue-mooned lens.

Sang Woon Nam has exhibited in close to 200 exhibitions in South Korea, with over a quarter of those being solo exhibitions. The artist received a doctorate in fine art from Hongik University in the 1990’s.

Ji Young Hong is a well-known artist, academic and writer in South Korea. Ji Young Hong has exhibited widely in South Korea, including residencies in national museums, and awards from leading South Korean art centres.  Ji Young Hong studied at Sung-Shin Women’s University, and Chung-Ang University in Seoul, and has quickly established a reputation for her figurative paintings, which utilise unusual clashing palettes.

Ji Young Hong has channelled a previous experience with anxiety into her artistic practice, and is fascinated with the idea of multiple layers of paint correlating with the layers of the skin’s epidermis, a fascination stemming from a period of self-harm where she inflicted scars on her body due to her anxiety.

I have been seeking to unveil a new perspective on anxiety – my anxious habits actually fed their way in to my expression and artistic voice, and have given me a foundation to build new ideas from.
We shouldn’t seek to hide or shy away from what is going on mentally, but embrace it as a part of us, good or ugly. We are so concentrated on presenting an idea of perfection, that we lose sight of what our individual experiences can bring to challenge defined perfections. I hope to realise this through my art. 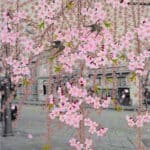 Following the Korean War, the country was impoverished and starving. Yet to the women of Korea, the end of the […] 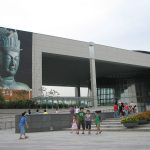 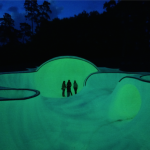 Image: Sun Young Byun at Gallery Artside. Seoul: the galleries Jongro-gu, on the opposite edge of the Gyeongbok Palace to […]