Art Basel and it’s satellite fair seem to be back to normal this year. There’s plenty of variety – more so than at Frieze London last year – but all the same paintings are always the dominant presence. NFTs haven’t changed that yet. One thing I noticed this year is how many of those paintings are by artists who didn’t become known by applying paint to canvas, but have found a way into the process. For example: 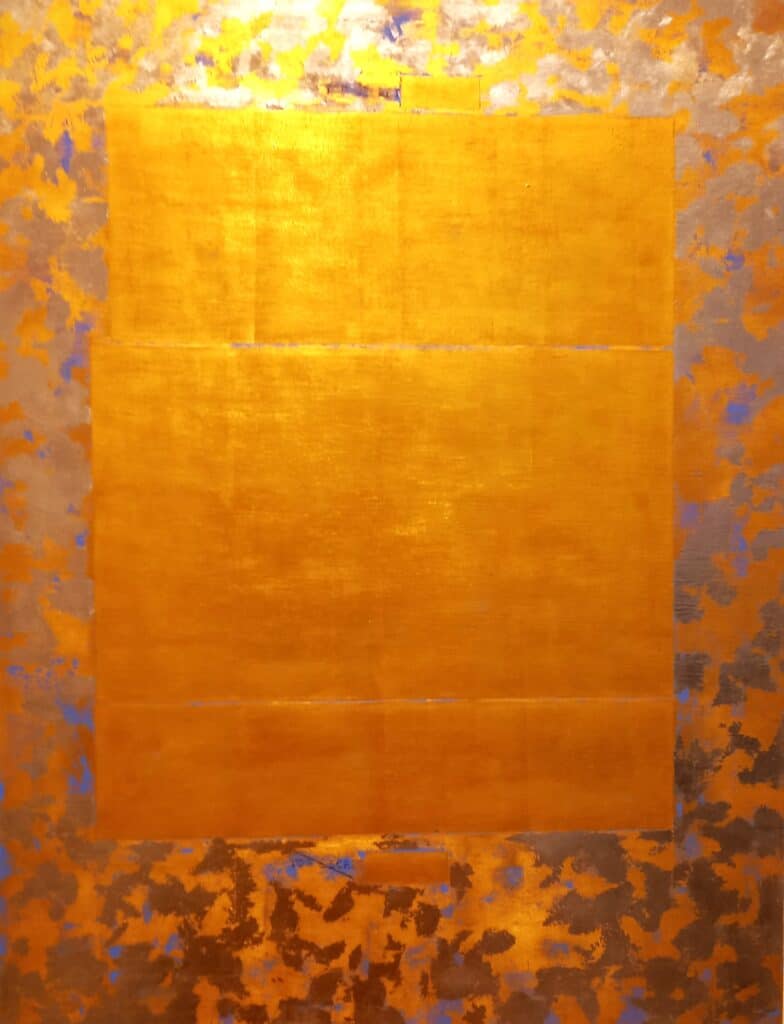 One would probably say that language is Jenny Holzer’s primary medium, as displayed most famously through LED signs. But her ongoing Redaction Paintings series uses oil on linen to translate government documents released by the Freedom of Information Act into paintings – declassified but often heavily redacted. Indeed, in this case the words ‘Top Secret’ are the only ones which can be read, so the painting operates primarily as a golden abstraction with values in materials (24k gold, palladium, platinum and red gold leaf) and painterliness rather than in the information carried. 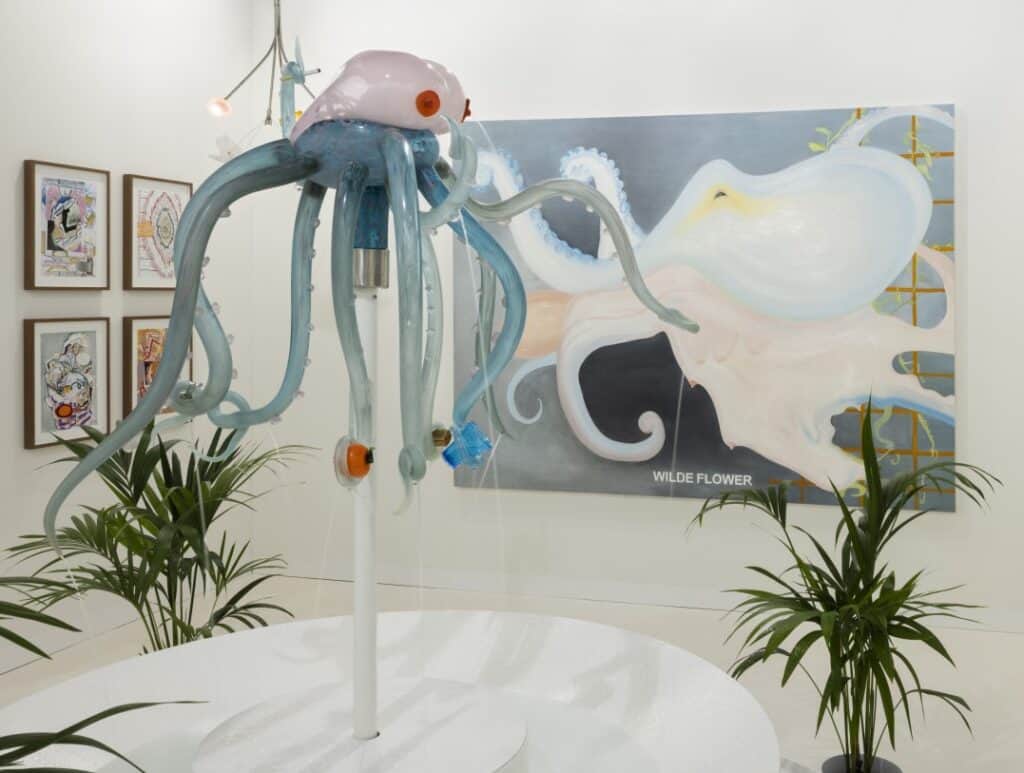 In recent years the French winner of the 2013 Turner Prize has increasingly added painting to her repertoire of film, installation, notices and sculpture. True to that, it was hard not to look at this painting other than through the foreground of a typical fountain, and the octopus shown is the star of a recent film in which it plays the mother in a hybrid world: Prouvost is fascinated by the octopus as a being that thinks through its tentacles, and protects it eggs only to die soon after they are laid. 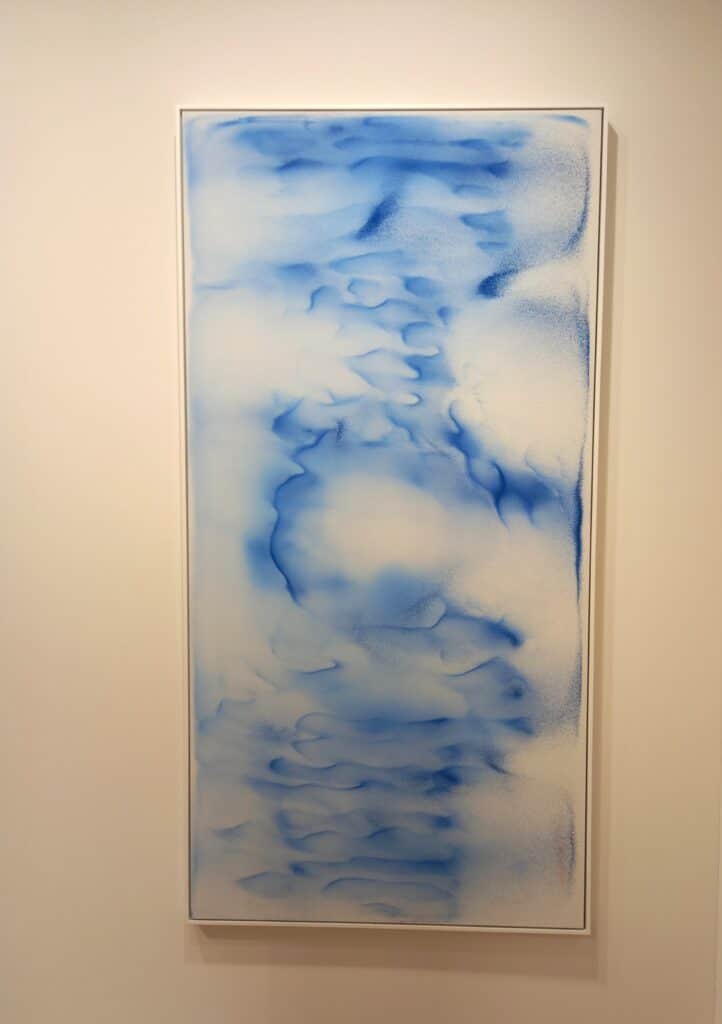 Oliver Beer is best known for his ‘2D sculptures’ slicing objects for display as if they were paintings, and for making use of the sounds latent in spaces and objects. His new series looks like fairy straight abstract painting, but not quite: he scatters superfine dry pigments – the colour of the Chinese vases he often uses in sound installations – onto a horizontal canvas beneath a speaker. When he plays music – here ‘Puff the Magic Dragon’ – the pigment moves with the sound, so different songs yield different patterns, so there is the potential for experiment and composition for the purpose. Beer then fixes the pigment so that we can we can ‘see the sound’. 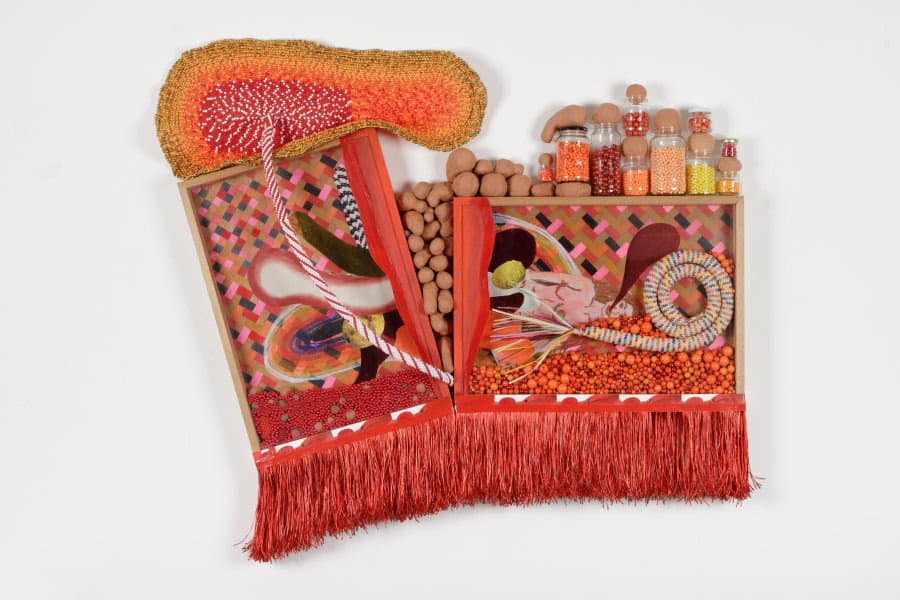 It’s no surprise that the Rio-based Maria Nepomuceno trained as a painter, even though that sensibility is most often demonstrated in sculptural assemblages of materials popular in Brazilian crafts. Here we get painting direct, albeit incorporated into the expected carnival of beads, spirals of coloured rope, straw and playful uses of clay. The organic suggestions and references to the collective work of indigenous communities also remain, but the painting allows for a human presence with a speech bubble consistent with envisaging both the feminine and Nepomuceno’s collected sources as the ‘mouth of the world’. 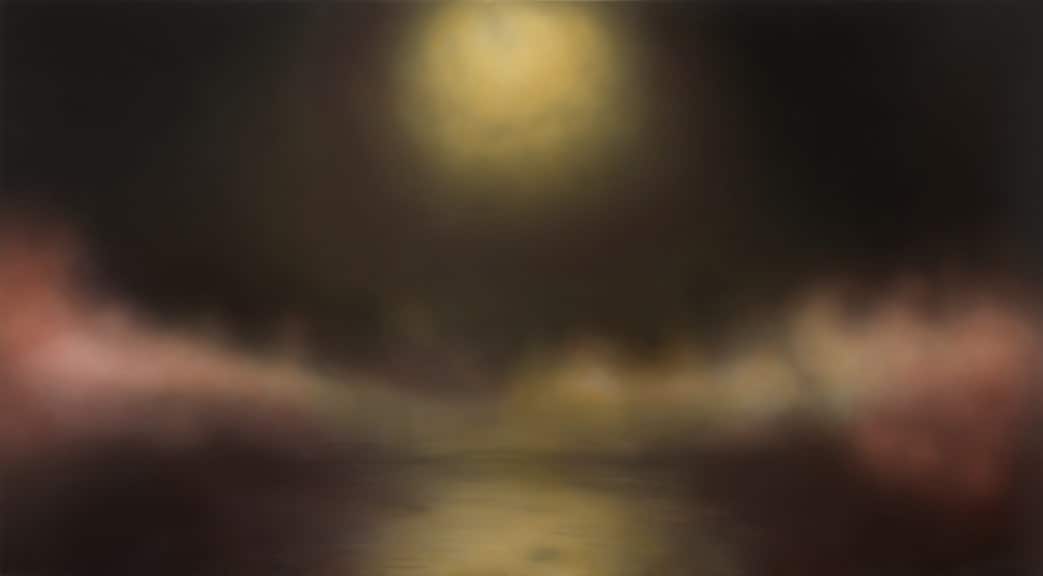 A somewhat different case: although Anne Imhof first came to attention for her Golden Lion winning performance in the German Pavilion of the 2017 Venice Biennale, has always worked across many media, studying music as well as art in Frankfurt and conceiving her practice from the vantage point of painting: her bodies in performance are gestural surfaces placed in tableaux vivants. This expansively atmospheric work – 2m wide – might be seen as an abstraction or, fittingly enough, as an empty stadium readied for a concert. And Imhof’s partner, Eliza Douglas – who performs in her work – also showed her paintings to advantage. 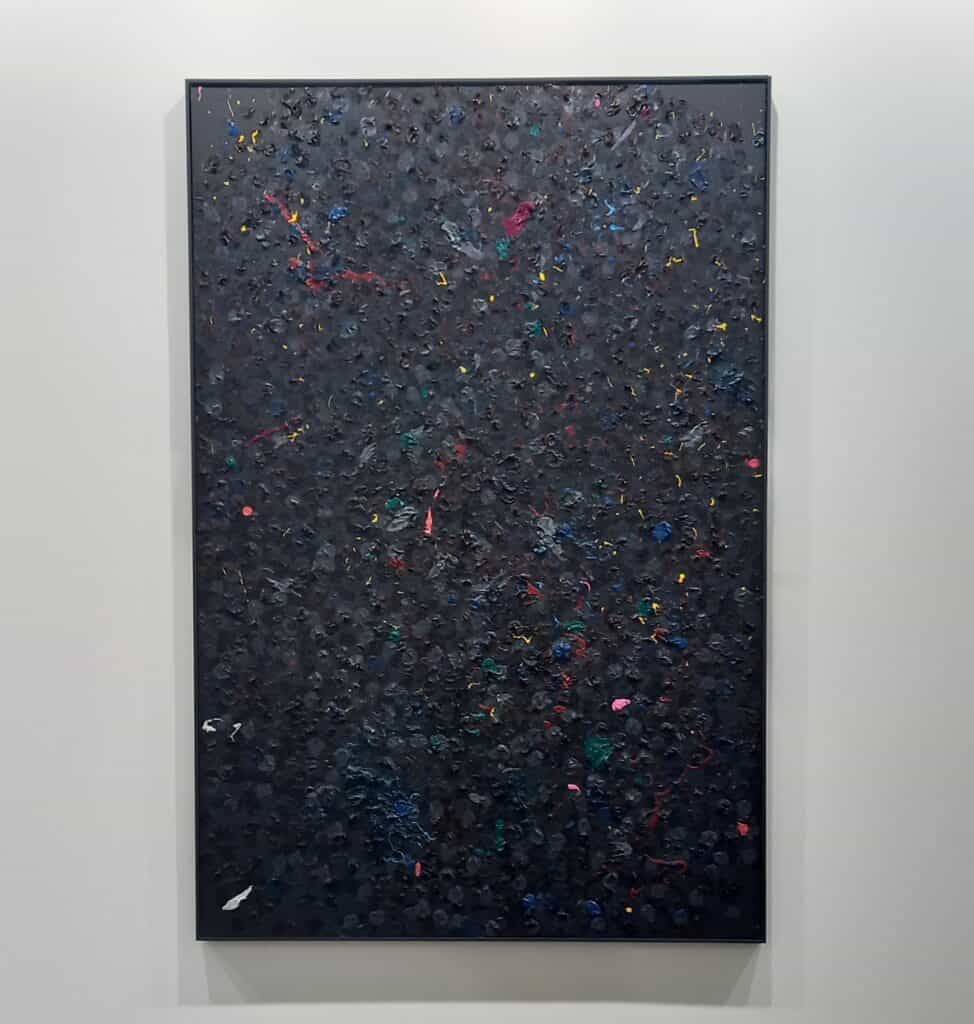 It’s no secret that Damien Hirst fancies himself as a ‘proper painter’ after a career built on installations and conceptual paintings (spots, spins, realist works) with little connection to ‘the artist’s hand’. The results have been pretty dreadful, up to and including his recent obsession with cherry blossom – though White Cube tell me that those are so popular they are unobtainable.  But this, from the series ‘Revelation’, channelling Christian titles into some sort of reverse side of the blossoms, drew me into a slabby dark lit by irruptions of colour – which are hurled from quite a distance,  as Hirst’s ‘making of’ film on Instagram reveals.

And there were others: Latifa Echakhch, Abraham Cruzvillegas, Adam McEwan, Troika, Richard Wright all showed paintings on canvas or paper.