Is grey a colour? Some claim so because it contains every other colour. The tradition of grisaille paintings suggest otherwise, given it is set up as a contrast with painting in colour.  Two painters with shows in London currently favour a predominantly grey palette, but with subtle inflections of colour that nod to that tradition while extending it.

Argentinian Valentina Liernur at Simon Lee is the less realistic of the two, with her colour spots act as abstract marks which might be no more than that. Actually, she told me, everything in her paintings represents something that was there in her source from life or photograph. Thus, those pinks are hair-clips used by daughter while making up, and the text which features in her self-portrait is written on her clothing. As for the grey, she likes the emotional mood it conjures. And ‘while her paintings borrow from the language of figuration and portraiture’, says the gallery, ‘for Liernur the true subject of her work is the paint she uses rather than the image she creates’.

Philadelphia-based Olivia Jia’s smaller paintings on wood panels at Workplace operate in a manner close to trompe-l’œil, but with the greys turning subtly towards other colours rather than being countered by occasional irruptions. The turn a devotional focus in books and pictures, acting as second-order images. That combination of colour and subject gives a ghostly quality to the content, derived by combining elements from Jia’s extensive personal archive and using the structure of the book to depict, in the gallery’s words, ‘the mind as an idiosyncratic place of knowledge creation, where the self is made by the stories that surround us’. 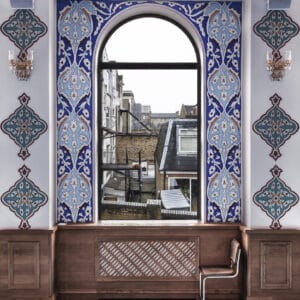 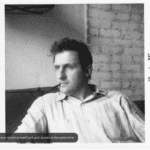