Art is subjective. People have bought a duct-taped banana for $120,000, a blood-red mirror for $1.1 million, and even a plain-blue canvas with a white line for $48 million. Anything can be considered art, depending on the intention, although there are plenty of people who would debate the artistry of many expensive purchases.

However, most art falls in between the extremes. While a painting’s price will have a lot to do with the status of the artist and its rarity, its aesthetic value will play a significant part. Most artworks are not created by artists who can sell anything they like for millions of dollars.

The question of how much a piece of art costs becomes important when trying to get insurance for it. An art insurance policy requires a proper valuation of the artwork. But how do you get a fair valuation? Especially if you have bought the artwork as an investment, you need to somehow prove it is worth what you believe it to be worth.

If you are trying to get a fair valuation of your artworks for insurance purposes, here’s what you need to know.

Sale price does not matter that much

I went into a carpet store once and found a gorgeous Persian carpet. When I asked the price, I was told it was on sale for just $4,000. Its true value, according to the salesperson, was $8,000. While I wasn’t going to spend either of those sums on something I intended to walk on, there was an interesting quirk to this sale.

As part of the sale, the store would provide documentation demonstrating its value at $8,000 for insurance purposes. In other words, although they were only selling it for half that, and even the sale price was probably far beyond its cost price, a buyer could insure it for the full $8,000.

What’s the point of this anecdote? When it comes to a valuation of something subjective, the sales price does not matter. This could work in your favor or against you. If you paid double what is considered the value of your artwork, you will lose a lot of money if it’s destroyed in a fire.

So how do you get a good valuation if a receipt proves nothing?

When purchasing expensive artwork, it is vital that you get documentation. This is documentation verifying the identity of the artist, the date of its creation, its authenticity, and whether it is one of a kind. You will have to take this documentation to an expert who will then verify that the documentation is valid and provide a value based on it.

In some cases, as with the carpet I was almost sold, the seller may have gotten a valuation beforehand. In this case, you can go straight to your insurer with the valuation and spare the possibility of overpaying for your art in the first place.

An appraiser can give you two values for your artwork. One is the fair market value, which gives a hypothetical idea of what the seller can expect for the artwork. This is usually obtained by the seller when pricing the piece, a potential buyer, or both.

The replacement value, however, is what is used for insurance purposes. This is the perceived value of a similar piece of art. It tells the insurer how much the owner of the artwork would have to spend to replace the art. While original art is priceless, considering nothing else can be considered a replacement, a value is placed on the art based on its status as a possession.

Getting a fair valuation requires you to do your due diligence before approaching the appraiser. You will need to get the replacement value for the sake of your insurer. What you paid for it does not really count for much, as the appraiser’s valuation will give you a better idea of whether you over- or underpaid. 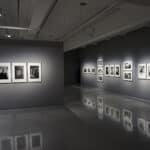 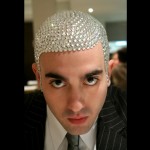 Philip Levine is an ideas man, but beyond this, a man who actually makes his ideas happen. Upon leaving university, […] 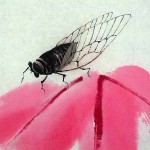 A Chinese painter who is little-known to Western art lovers has become the world’s third best-selling artist. Qi Baishi, who […]