A 55-metre-long living artwork by acclaimed artist Alexandra Daisy Ginsberg is now flowering at the Eden Project in Cornwall for the first time since being planted last autumn.

Exploring the vital role of pollinators, Pollinator Pathmaker comprises 7,000 plants from 64 different species and seeks to challenge what a garden is and who it is for. The captivating artwork is located in the Wild Edge zone of the outdoor gardens and is visible from across the site of the world-famous Biomes. It is now welcoming its first human visitors and, crucially, its first pollinators – including bees, moths, beetles and wasps.

This is the first in a series of global public Pollinator Pathmaker gardens. Further editions will be planted soon in other locations, with the Serpentine in London this spring – an Edition Garden Commissioner – and Light Art Space (LAS), Berlin – the first International Edition Founding Commissioner.

There has been a dramatic decline in pollinating insects in the last 40 years due to habitat loss, pesticides, invasive species and climate change. The artwork is a global call to take action against this – to make art for pollinators, planted and cared for by humans.

“I am thrilled to be able to officially launch Pollinator Pathmaker. It’s been wonderful to observe the first garden grow and begin to bloom over the winter at Eden and to already be hosting so many pollinating visitors; bees, butterflies, beetles and more. I’m also very excited to welcome our human visitors, who will be able to enjoy the garden design and the variety of plants springing up, as they mature even further this summer.

“Thank you to the Eden Project for the opportunity to be part of Create a Buzz and for helping me to begin what’s planned to be a global project, with many people planting their own DIY gardens too. Stay tuned to hear more about the next commissioned edition gardens being launched in London and Berlin this year.”

The website uses a special algorithm to suggest planting schemes that are ‘empathetic’ to pollinating insects in a unique design generated for each gardener’s plot size and garden conditions.

Users watch a 3D visualisation of their garden bloom on-screen – created from paintings of each plant by Ginsberg – and change throughout the year as flowers for different pollinators emerge in an animated seasonal view.

“Alexandra Daisy Ginsberg is an extraordinary artist with her ability to think laterally across multiple disciplines, breaking down silos of perspective.

“Pollinator Pathmaker has the transformative agency to both inspire and empower its audiences. Technology, nature, human empathy and restorative activism all contribute to the material and aesthetic poetry of the artwork.

“We are so proud and honoured at Eden to have been a part of its creation and we are excited to witness its global impact as it continues to develop internationally; through institutional edition gardens at venues including the Serpentine Galleries in London and Light Art Space in Berlin as well as the many DIY gardens being planted by people at home.”

While the dangers facing honeybees are widely publicised, there are over 250 species of bee in the UK, including 24 species of bumblebee and many species of solitary bee that all play a crucial role in pollination, alongside flies, beetles, wasps, moths and butterflies.

It is hoped that the work will make a positive change for pollinators. Together, these insects pollinate food crops and help plants to reproduce and flourish – they are a vital part of the ecosystem.

The Pollinator Pathmaker project is part of Create a Buzz, a three-year programme for the Eden Project funded by the Garfield Weston Foundation. Create a Buzz comprises the major art installation, Pollinator Pathmaker, by Ginsberg, a physical and digital pollination trail through Eden Cornwall’s outdoor gardens, new plantings of fields of wild flowers and a range of community and education projects. It seeks to communicate the story of the UK’s native pollinators: their vital role, their current plight and their restoration, using art and culture to do so.

Members of the public located anywhere in Northern Europe can design and plant their own DIY Pollinator Pathmaker by visiting pollinator.art.

Dr Alexandra Daisy Ginsberg is an artist examining our fraught relationships with nature and technology. Through artworks, writing, and curatorial projects, Ginsberg’s work explores subjects as diverse as artificial intelligence, synthetic biology, conservation, biodiversity, and evolution, as she investigates the human impulse to “better” the world.

Daisy has spent over ten years experimentally engaging with the field of synthetic biology, developing new roles for artists and designers. She is lead author of Synthetic Aesthetics: Investigating Synthetic Biology’s Designs on Nature (MIT Press, 2014), and in 2017 completed Better, her PhD by practice, at London’s Royal College of Art (RCA), interrogating how powerful dreams of “better” futures shape the things that get designed. She read architecture at the University of Cambridge, was a visiting scholar at Harvard University, and received her MA in Design Interactions from the RCA.

Daisy won the World Technology Award for design in 2011, the London Design Medal for Emerging Talent in 2012, and the Dezeen Changemaker Award 2019. Her work has twice been nominated for Designs of the Year (2011, 2015), with Designing for the Sixth Extinction described as “romantic, dangerous… and everything else that inspires us to change and question

the world”. Daisy exhibits internationally, including at MoMA New York, the Museum of Contemporary Art, Tokyo, the National Museum of China, the Centre Pompidou, and the Royal Academy. Her work is held in private and museum permanent collections, including the Art Institute of Chicago, the Cooper Hewitt Smithsonian Design Museum, and ZKM Karlsruhe. Talks include TEDGlobal, PopTech, Design Indaba, and the New Yorker Tech Fest. Daisy is a resident at Somerset House Studios, London. 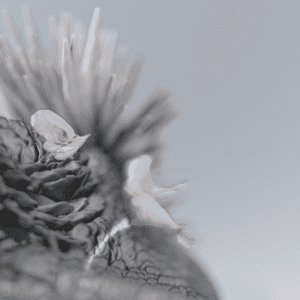 A new exhibition – Super Natural –  opens this autumn at the Eden Project, bringing together a range of international […] 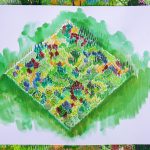 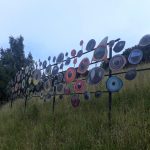 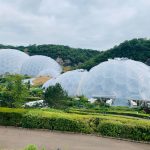 Today, the Eden Project launched its new arts programme with the aim of furthering engagement and understanding of its mission.