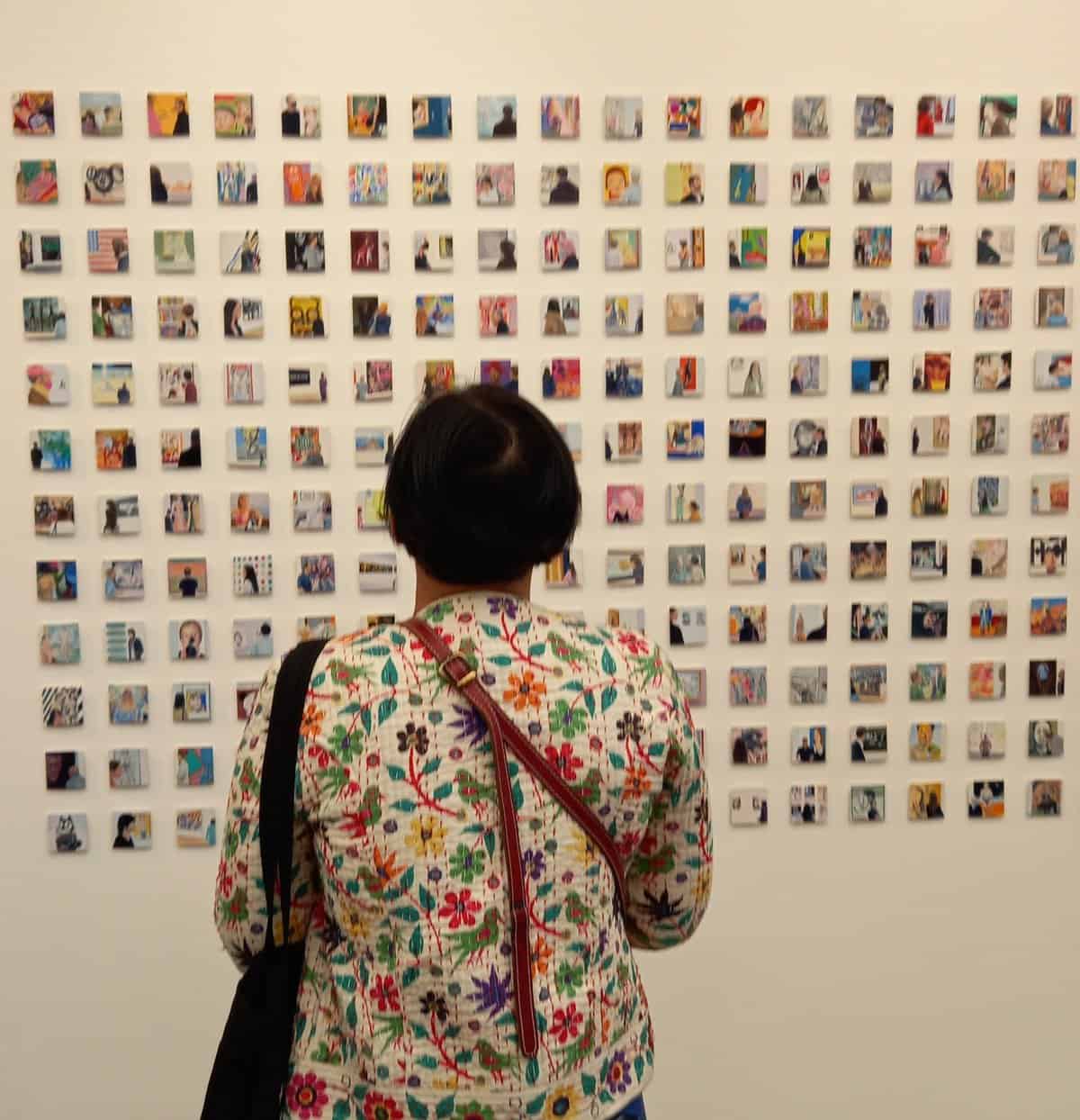 The first post-pandemic edition of the London Art Fair is set in April (20th-24th) rather than the usual January, and is set out a little differently: two floors, not three, and with somewhat more space between stands – meaning fewer galleries. But the mix is as before: plenty of bad or predictable material mixed in with enough good stuff to make for an interesting visit. Rodrigo Orrianta sets up telling conjunctions between 14 artists in Photo50, this year’s outstanding ‘special section’; the museum partnership is with The Women’s Art Collection from Cambridge (formerly known as the New Hall Art Collection); the 19 ‘Art Projects’ galleries are lively but somewhat below par overall; and ‘Platform’ sees ten galleries explore the intersection of art and music – it works well as a theme, albeit the quality is patchy. Here are ten things I liked: 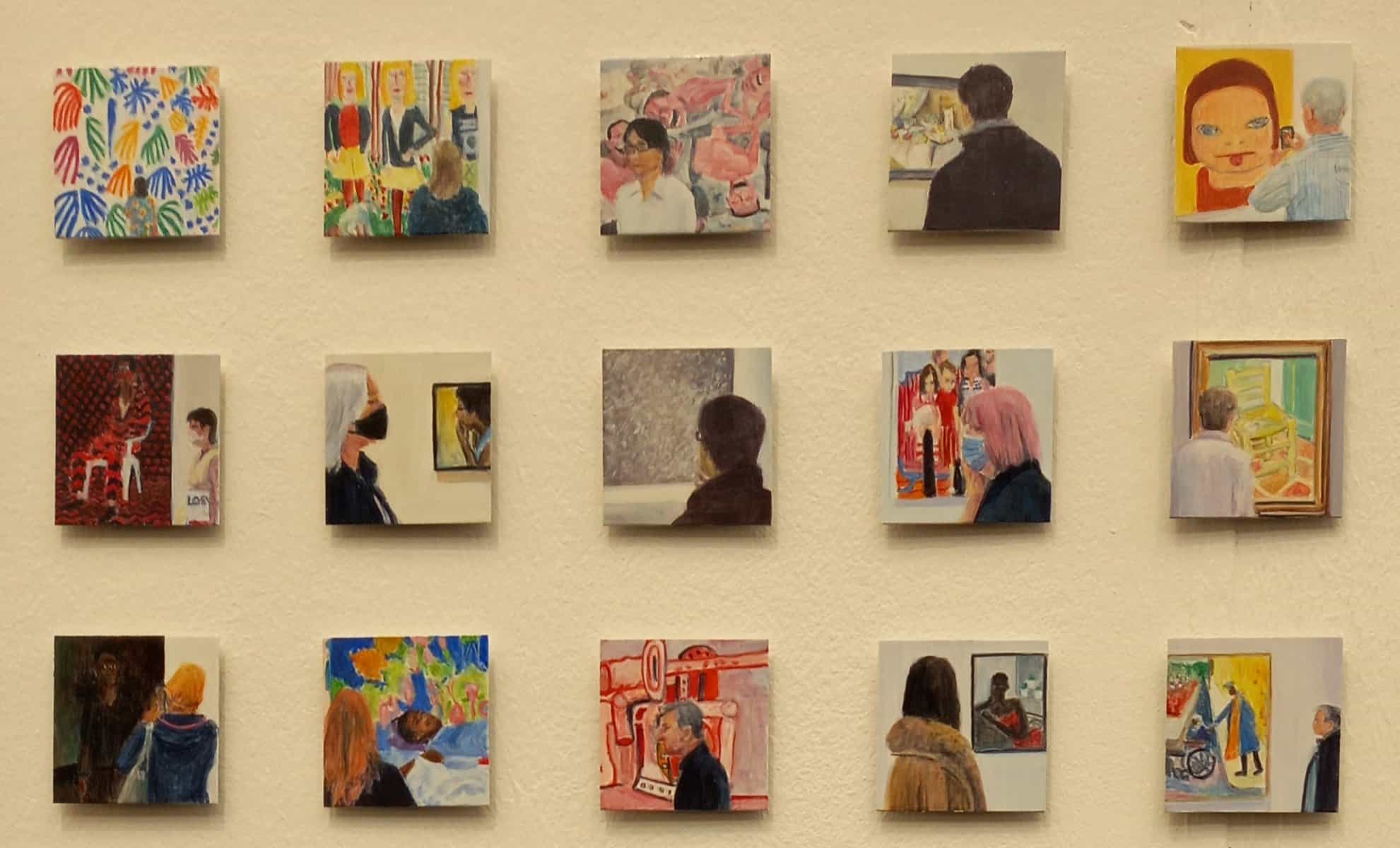 The Norwegian’s grid of 216 paintings on aluminium, each just 6 x 6 cm, all show someone looking at art. They are beautifully made and draw you in to the relationships between viewer and work, and the gentle quiz of identifying the artists. It seemed only logical to snap someone looking at them, here Gita Joshi of The Curator’s Salon, whose jacket struck me as in the spirit of the Matisse, top left in the selection shown. 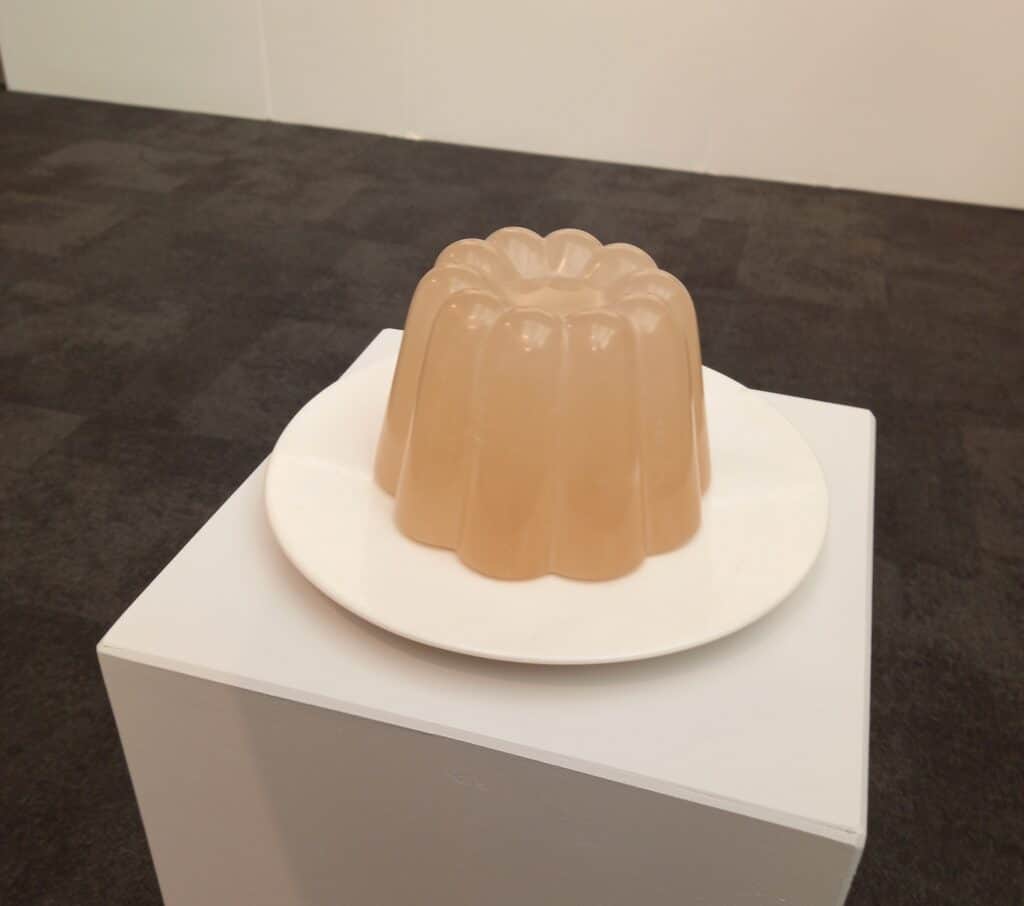 The trope of making objects out of surprising substances has been well-mined in recent years. The German artist, though, has been doing it for decades. And yet his group of jelly, plastic bag, candle and a small painting, all made from stone – marble, alabaster, serpentine and quartzite – felt varied and fresh. 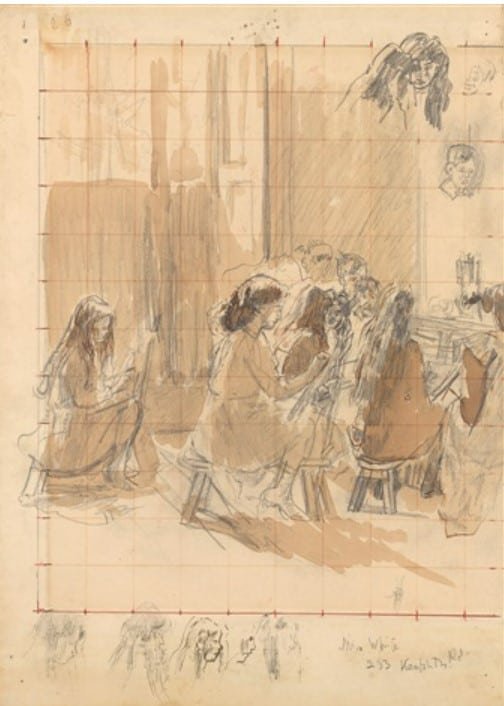 This delightfully spontaneous drawing of a drawing class, a timely inclusion ahead of the major Sickert survey opening at Tate Britain next week, shows his teaching academy at Rowlandson House. Sickert ran the private art school in Camden with Sylvia Gosse from 1910-14. 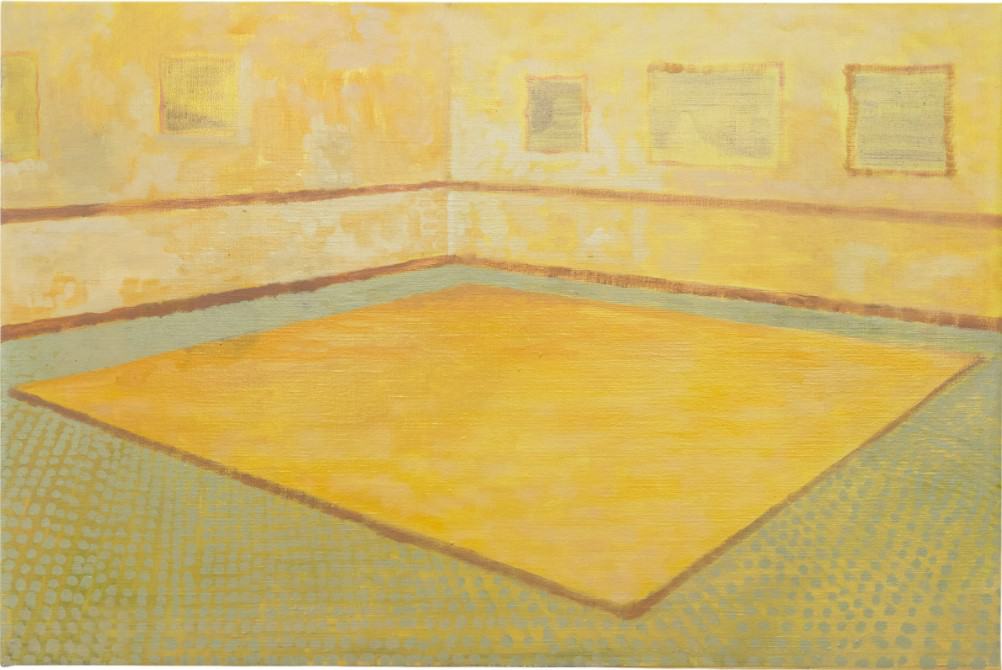 Antipodean painter and musician Travis MacDonald had a nice angle on the Platform theme with a set of interiors, each of which operate attractively in painterly terms, but also subtly evoke a different genre of music – in this case, Country and Western. 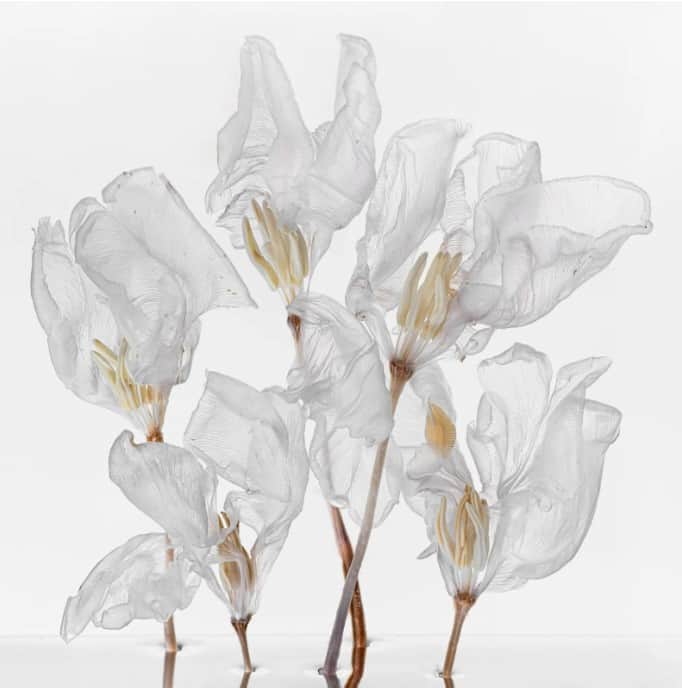 The ghostly delicacy of this series by the German artist results from removing and differently reintroducing the colour in flowers before photographing them, so exposing their inner structure. Logically, perhaps, she originally trained as an architect before developing her photographic practice under the influence of wabi-sabi, the Japanese appreciation of beauty in nature that is imperfect, impermanent, and incomplete. 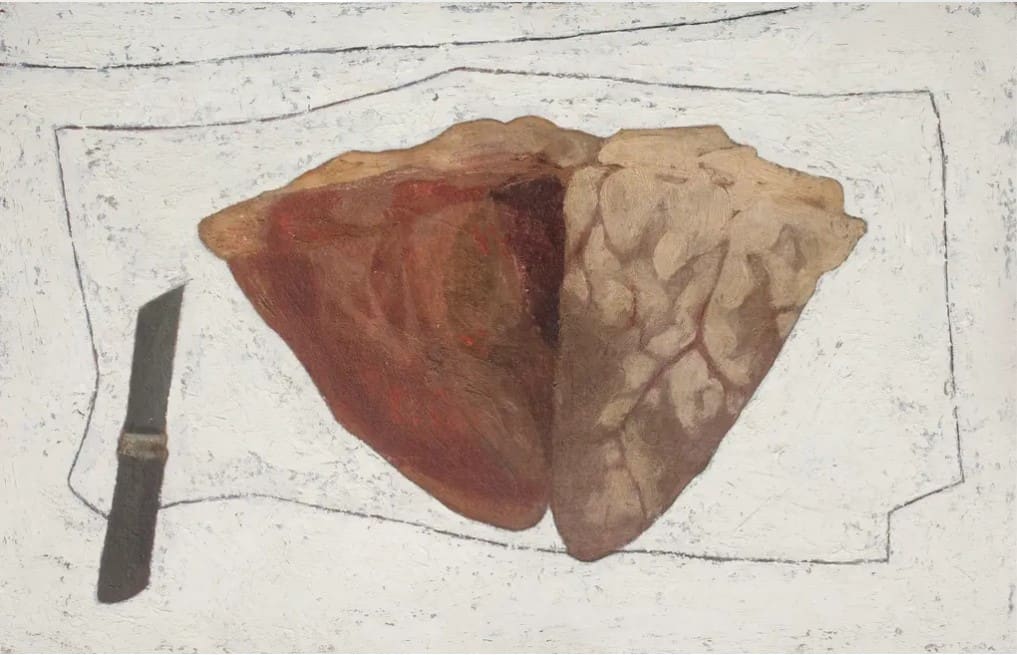 An early work to which Clough returned later yields a fairly typical aesthetic but with a much more in-your-face psychological charge than one encounters in her semi-abstracted explorations of the detritus of urban wastelands. Cruel, perhaps, but it won my heart… 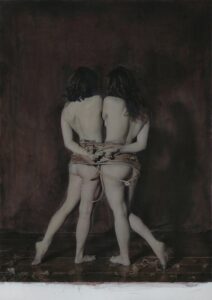 Photography the hard way: Katie Eleanor sources and paints her performers, designs and makes the costumes, creates sets and then hand-tints her black and white prints to give an other-timely aspect to her suggestive narratives. This apparently conjoined pair is from her ‘Saint Wanderer’s Hospital’ series, in which she takes on the role of a medical photographer to seek ‘splendour in the idea of sickness’.

In 2018 Charles Inge quit a stellar thirty year career in advertising in favour of art. During lockdown – on the Isle of Wight – he had the winning idea of painting his abstract forms into bell jars, neatly channelling the traumas of Sylvia Plath’s only novel while wondering whether he was ‘trying to gain some control over the virus?  Or just contain it?  Looking back they now seem to reflect the claustrophobia and anxiety of the time’. These three are night views. 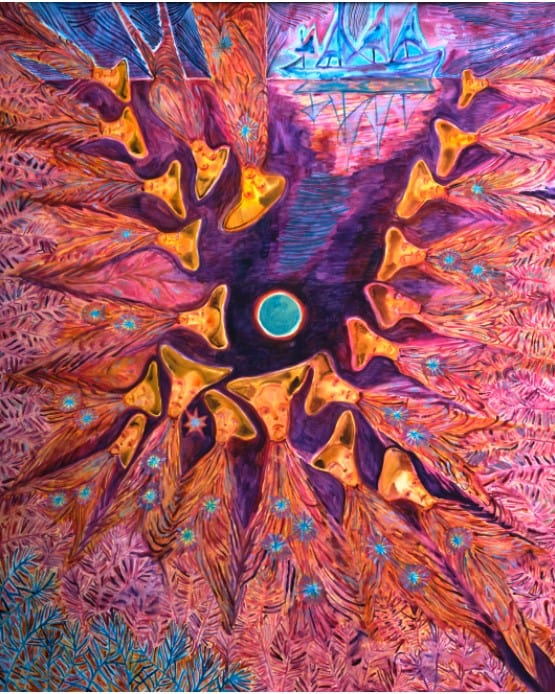 If you like esoteric mystery with a Blakean infection, the Welsh artist delivers in his other-worldly watercolours. This one, deriving from a dream in which odd but friendly aliens surrounded him under a full moon, is an impressive 1.5m high. 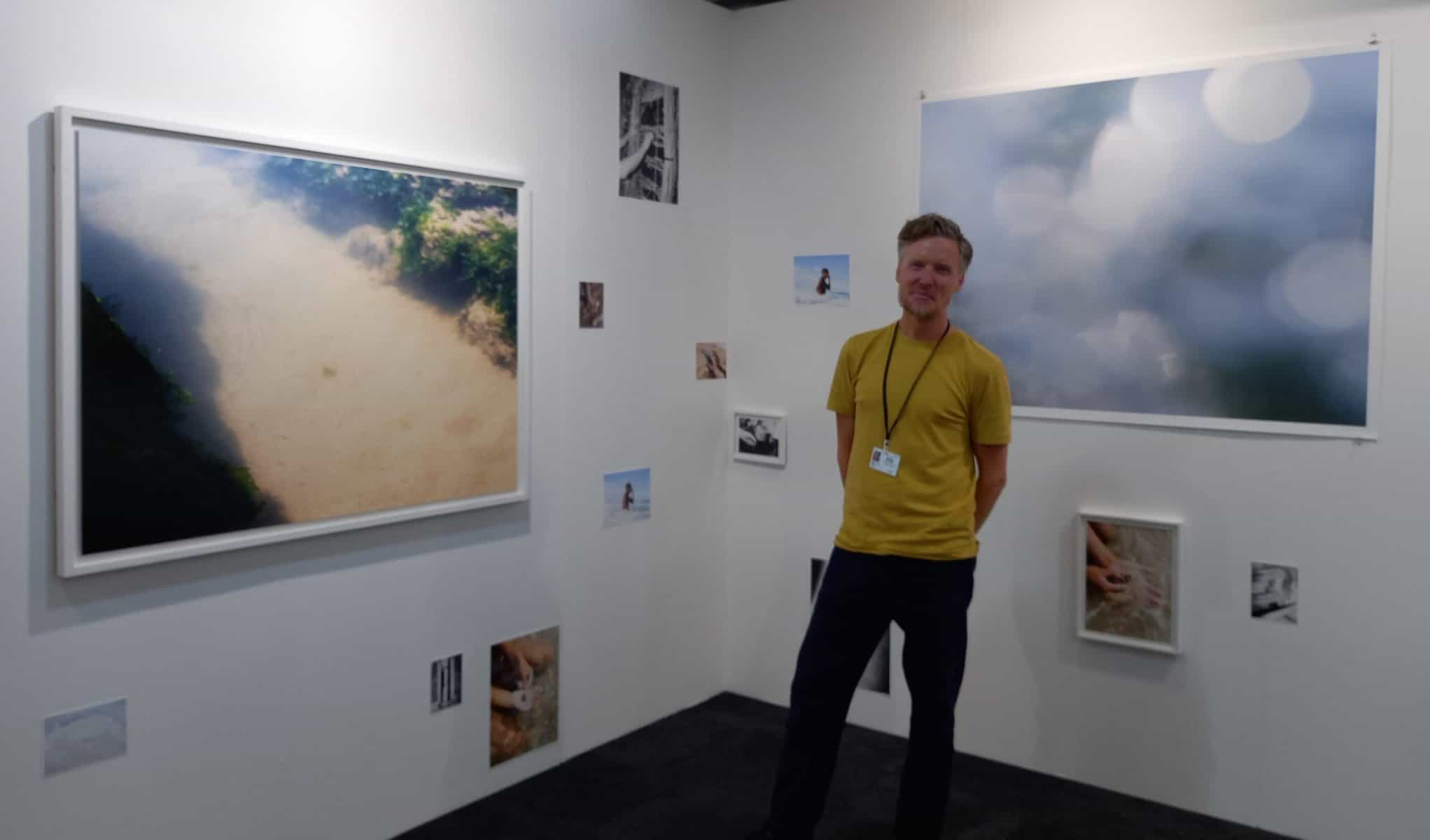 Andy Sewell:  with the installation based on his photobook Known and Strange Things Pass, 2020, in Photo50, plus hermit crab detail below.

Andy Sewell reads across from the ocean to the internet as comparable zones of flow, transformation and pollution, by playing on their physical connection: the seemingly ethereal online travels round the world through 1.2 million kilometres of underwater cables.  Accordingly, his photographs move back and forth between people, sea, cables and apparently abstract data. 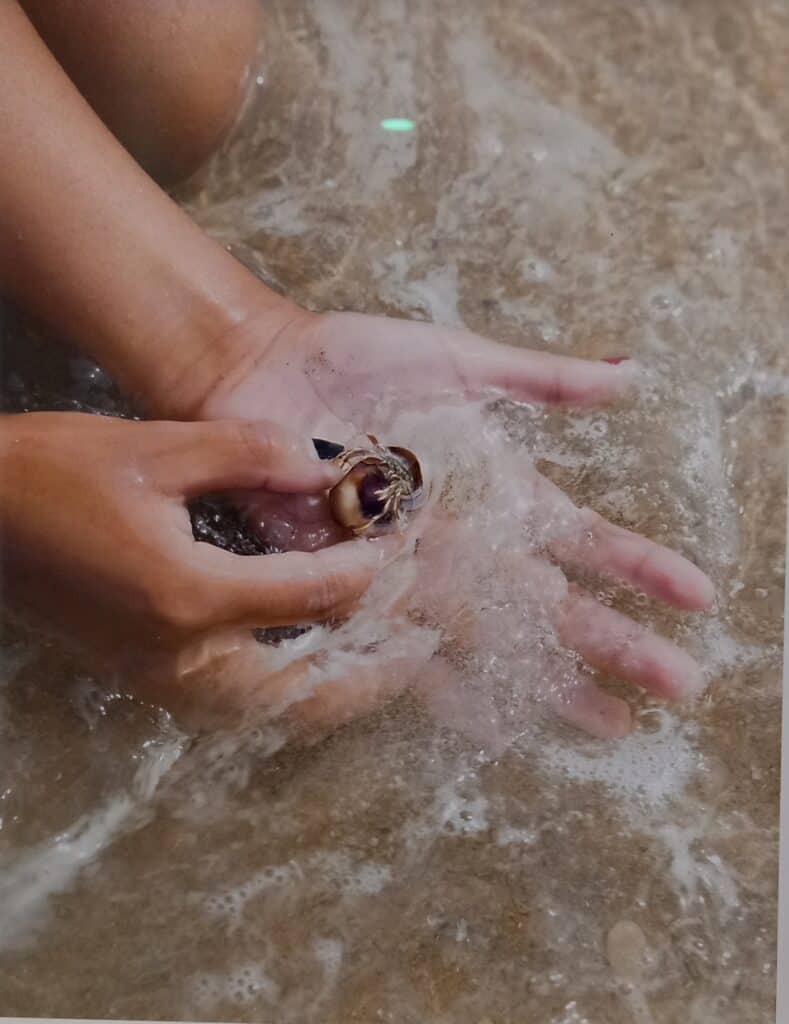 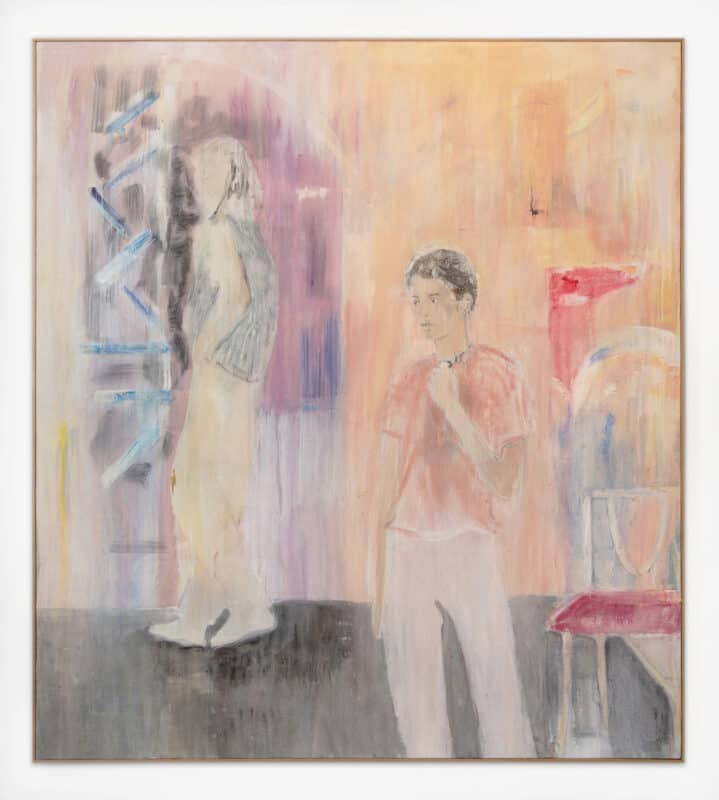 London Art Fair 2023 opens today its 35th edition, to help you navigate the fair we have chosen seven artists that you should try and track down.