Still Working in the Studio? - FAD Magazine
Skip to content 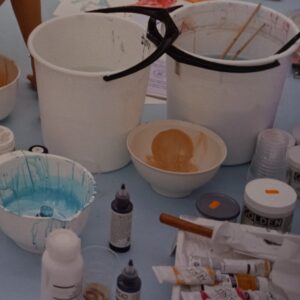 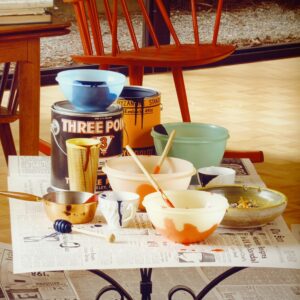 There’s a certain irony to the Whitechapel opening an ambitious survey of the impact of the studio on artists’ practices at a time when three trends threaten the model, at least in London. First, the availability and affordability of studio space has been reducing in recent years as the property market has heated up: second, the pandemic made it harder for many to utilise a studio separate from one’s residence, encouraging what was already a trend – for artists to make work at home; and third, more artists are engaged in digital or other new media practices for which a home office – or possibly just a computer – can make as much sense as a traditional studio. Perhaps, then, the studio is slipping towards historic status. Not that there’s anything wrong with a historic survey (‘A Century of the Artist’s Studio: 1920 – 2020’ to 5 June), and I suspect there will always be painters in studios.  Here are two well-known works from the Whitechapel’s stimulating survey in which good old-fashioned paint is prominent, even though the works in question aren’t paintings, and hardly fit with the usual conception of a studio, either. That, of course, is part of their narratives. Can you guess the works from the paintpot details?