Cajsa von Zeipel (b. 1983, Gothenburg, Sweden / lives and works in New York, NY) has opened an exhibition at the Rubell Museum the opening of which coincided with Miami Art Week and Art Basel Miami Beach.
Cajsa von Zeipel works between desire, seduction, and the grotesque to defy traditional representations of gender. Her silicone sculptures of dramatically adorned figures and contorted figures delve into identity, queerness, normativity, and fantasy.

About the artist
Cajsa von Zeipel is a sculptor whose work delves into identity, gender, queerness and normativity. She has become known for her white, large-scale plaster sculptures but in her recent works she has left the reference to classical sculpture and developed an even more complex technique. von Zeipel constructs her female figures in pastel coloured silicone in an evocation of sci-fi and fantasy aesthetics. The silicone – a material that is common in implants, sex toys, and kitchen equipment – brings her sculptures to life. Beneath the silicone there are parts of mannequins, objects that are typically used to construct desire in capitalist spaces. Sawing off limbs and reconnecting disparate pieces, von Zeipel destroys their normative bodies; rather than statically holding clothes, these reconfigured forms take on uncanny movements. Limbs shake, fingers bend, skin wrinkles, and mouths fall in a manner that mimics our own physicality.

Cajsa von Zeipel’s technical prowess is evident in these extra-terrestrial sculptures. As opposed to her earlier tall, white sculptures in plaster and jesmonite the new ones are messy and almost grotesque. They seem to float beyond their human boundaries becoming futuristic bodies merging the human body with all kinds of stuff becoming a new kind of species. An assertion of femme visibility and sex positive provocation, von Zeipel’s works celebrate a world of their own creation. 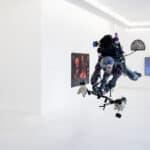 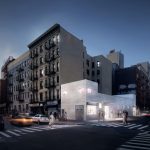 Company Gallery to expand and move to new 4,000 sqft space.

Company Gallery has announced an upcoming expansion and move to a new home at 145 Elizabeth Street in September 2021. 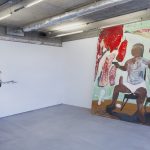 Established in 2018, VO Curations aim to represent the best of contemporary and emerging art within the two leading art capitals of Europe. Located in the heart of Waterloo on the 12th Floor of Elizabeth House, their new space houses a gallery as well as multiple accessible artist studios and residency programmes.