Autofocus, a solo exhibition by French artist Xavier Veilhan on view through December 23rd, 2021. For Autofocus, Veilhan continues his experiments into movement and memory by conceiving a new scenario on Perrotin’s third floor, composed of a field of new figurative and architectural sculptures.

Entering the exhibition, we encounter a scene frozen in time. Largescale mobiles hang from the gallery’s skylight, consuming the surrounding sculptures. Below, geometric shapes have attached to blurred human forms and lifelike animals. We are greeted by the gaze of two oversized canines, sculpted in a soft birchwood. Interested in the ability
of animals to define man, Veilhan’s dogs are voyeurs of the scene enfolding before them. Nearby, human silhouettes appear softened, hovering around the edges of our field of vision. The artist reduces body and form down to their most essential vocabularies, making them barely legible.

Beneath, Veilhan has situated his sculptures onto the outline of a cube, leaving our vision unimpeded and unaltered. Inspired by Sol Lewitt’s “Open Cube” or Robert Morris’s mirror cubes, they evoke rigid minimalist sculptures of the 1970s and act as anchors for the eye. Above, Veilhan has devised a series of fragmented mobiles, suspended from the
ceiling. The mobile, an emblem of mid-20th century modernism, is stripped of its symbolic connotations of balance, rhythm, and time. Instead, Veilhan’s mobile is frozen in place, with its orbs cascading onto the scene’s figures. By freezing time, Veilhan invites us to uncover the relationship between seemingly disparate subjects, leaving hints of a
larger story.

Inspired by the high ceilings of the space, Veilhan’s figures are sculpted in varying scales, from life-size to monumental, which frames the audience as a crucial point of reference. In this way, the exhibition does not exist without a visitor, or as Veilhan says, “the work’s appearance is conditioned by the spectator’s gaze.” Continuing to uncover the layers of Veilhan’s installation, we pick up on the smallest hints of unreality, leaving us unsettled as we circumnavigate.

For three decades, Veilhan has developed a multi-form approach to his artistic practice that blends various mediums and scales, playing with the viewer’s spatial and temporal perspective. Early in his career he worked primarily in figurative sculpture, slowly developing his own formal vocabulary. Since, he has staged numerous significant interventions around the world, often reinterpreting classical sculptural and architectural elements. In his 2009 installation at Versailles, the artist staged large-scale sculptures of visionary architects within the palace and its gardens; followed by a two-year project, titled Architectones, where he thoughtfully intervened in and reactivate historic architectural sites within two continents and five cities; or his 2017 proposition for the French Pavilion at the Biennale di Venezia, titled Studio Venezia, where he created a functional recording studio. In Autofocus, the artist continues this tradition of site-specific intervention by inviting the viewer to activate the space by moving through his field of sculptures. Often called an artist-engineer, Veilhan carefully choreographs the exhibition, forcing our gaze to shift between hard architectural lines and subtle curves. Offering only fragments of a moment in time, Veilhan allows our vision to become a purposeful actor.

Xavier Veilhan (born in 1963, lives and works in Paris) has since the late 1980s created an acclaimed body of work inspired by both formal classicism and high technology, including a range of mediums (sculpture, painting, installation, performance, video, and photography). His exhibitions question our perception and often generate an evolving ambulatory space in which the audience becomes an actor. For example, in Veilhan Versailles (2009), his series Architectones (2012-2014) or his proposition for the French Pavilion at the Biennale di Venezia, titled Studio Venezia (2017).  Xavier Veilhan’s work is often showcased in the public space, with sculptures occupying numerous cities across France and abroad, including Paris, Stockholm, New York, Shanghai and Seoul, among others. His work has been shown in various acclaimed institutions across the world, such as the Centre Georges Pompidou (Paris), Mamco (Geneva), the Phillips Collection (Washington), Mori Art Museum (Tokyo), and MAAT (Lisbon). 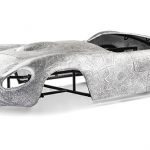 Perrotin New York is proud to present an exhibition of metal sculptures created over the past five years by Belgian artist Wim Delvoye. 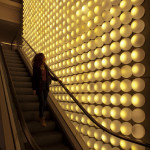 Xavier Veilhan: Light Machine (2016), 13 meters high has been installed permanently in the atrium of the Menswear store at Galeries Lafayette. 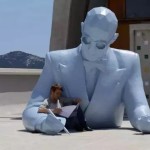 He has transformed the rooftop of Cité Radieuse into MAMO, short for MArseille MOdulor, a site for exhibitions and creative ateliers. 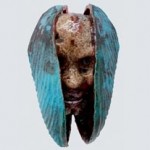