Adobe has confirmed that it will launch several NFT-related Photoshop updates, including a “Prepare as NFT” feature.
This week Adobe announced the launch of several upgrades that will support NFT creation. Accordingly, the company will soon release a “Prepare as NFT” option available for Photoshop.

There will be verifiable data points within the Photoshop program to facilitate the process of NFT ownership tracking.

What’s more, Adobe will allow content creators to link their digital wallets to the Adobe ID. This connection, called Content Credentials, can be used as proof of ownership. Notably, users will also be able to view the feature on Adobe’s social platform, Behance.

Adobe has also announced that it intends to partner with Rarible, OpenSea, and SuperRare for its upcoming “Content Authenticity Initiative.” The core goal of this project is to “address misinformation through digital provenance.”

Overall, the initiative aims to “promote adoption of an open industry standard for content authenticity and provenance.” Via: NFT evening 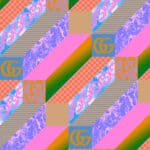 The 2nd NFT drop from the GUCCI x SuperRare The Next 100 Years of Gucci has just gone live featuring a selection of NFT artworks, each a collectible fragment of Gucci’s kaleidoscope heritage.