Some people have a hard time understanding the complex nature of marijuana consumption, whether it be through food, smoking, or vaporizing. The marijuana market has grown quite tremendously over the last few years, and one of the reasons for this is the many consumption methods available. There are edibles, vaporizers, bongs, joints, dab rigs, tinctures, and more, which can all be found at various online headshops, like Daily High Club, which usually have all that you could need. Choosing a consumption method, especially if you are new to cannabis, can be quite tricky. This article will go over the various consumption methods and explain whether they are simple to use or not, as well as why.

Oral consumption methods are often confused with ingestion methods since both go into the mouth, however, there are a few differences between these two methods. Through oral methods,  the bloodstream absorbs cannabinoids inside of the mouth. This usually happens sublingually, or in other words, under the tongue.

One of the simplest oral methods is through tinctures. Tinctures are small vials that are filled with alcohol that has been infused with cannabis. To use this method, all you need to do is place a few drops under the tongue. Effects are usually felt within 15 minutes and can last around two to three hours. This method has become extremely popular amongst those that consume marijuana for medicinal purposes. Other forms of the oral consumption method are breath strips, lozenges, and mints.

Bongs are probably the easiest method since all you would need to do is grind marijuana, fill the bowl with it, fill the bong with water, light it, pull and inhale the smoke. Joints are also rather easy to use, however, new users might need to practice rolling with the rolling paper for a while before becoming proficient.

Dry herb vaporizers are essentially devices that heat marijuana to the point of vaporization, and vapor is produced which is then inhaled. These devices have become popular since they allow for consumption on the go, they are easy to use, and they are slightly healthier than using combustion as the heating method.

Next on the list, there are ingestion methods, which are also popular because of how easy they are to use, as well as the fact that they produce some of the strongest psychoactive effects and the duration of those effects are the longest of all consumption methods. Ingestion methods are often referred to as edibles, since many of them are eaten, such as brownies, cakes, lollipops, candy, and more.

However, they have also become quite popular amongst the medical community since they have now been made into pill form, as well as liquid, tablet, and capsule form, and they allow for accurate repeated doses. The onset for edibles takes quite a while though, as long as up to an hour, but the effects can be felt for up to 8 hours, which is perfect for those suffering from intense chronic pain. There are also ingestible oils available for those that don’t want to eat anything and are as simple to use.

Finally, there are the topical methods of consumption, which are very popular amongst those that want to experience the pain-relieving effects of marijuana without actually getting high. The marijuana market has become quite successful because of topicals because they don’t have psychoactive effects, meaning that they can be sold almost anywhere.

There are a variety of topical products available, from creams to patches, balms as well as lotions. Using topicals is very easy; all you need to do is apply the topical to the affected area (the area that is experiencing pain), and wait for the pain to be reduced. You don’t experience psychoactive effects since the cannabinoids don’t get into your bloodstream, they only react with the cannabinoid receptors under the skin. 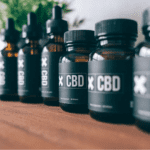 Cannabidiol, also known as CBD, is a cannabis compound with a variety of medical benefits. While THC leaves the user […] 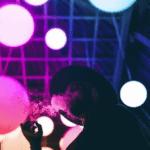 WHAT TO DO WHEN YOU’RE TOO DAMN HIGH

Whether you’re a rookie or an experienced veteran, many weed enthusiasts have been there. Despite how much you loved your […] 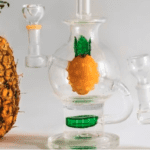 How Are Bubblers and Bongs Different? 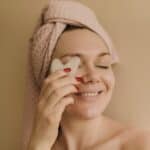 Cannabidiol (CBD) has been getting a lot of attention in recent years. Since the passing of the Agricultural Improvement Act […]