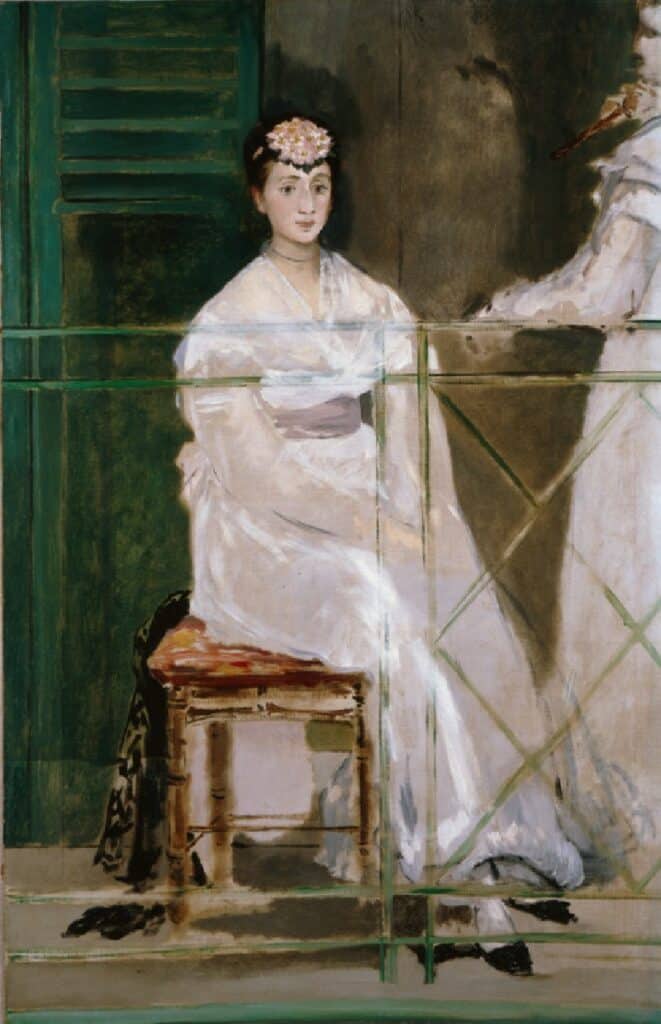 When wondering what artists are seeking to express, it is worth remembering that we may not be looking at what they intended us to see. That struck me as I strolled around the Ashmolean in Oxford – not a bad place to wander, of course. To take examples of four categories: 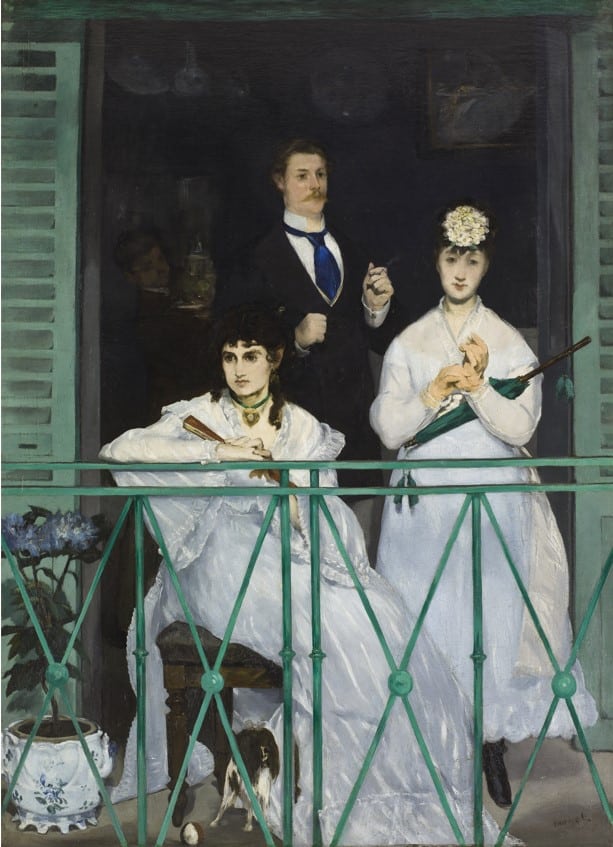 A preparatory or unfinished work may be presented as if it is a finished work, or at least in that context. An added irony here is that modern tastes may well prefer such works to the more polished version to come… That isn’t the case here, but top (‘Portrait of Madamoiselle Claus’, 1868) is how Édouard Manet started – he liked to paint directly onto the canvas, without making preparatory studies – before deciding to start again with extra figures in the composition now famous as ‘The Balcony’ (directly above).  The main figure Fanny Claus was the best friend of his wife, Susanne Leenhoff. The other figure in the painting is the painter Berthe Morisot, another of Suzanne’s friends. 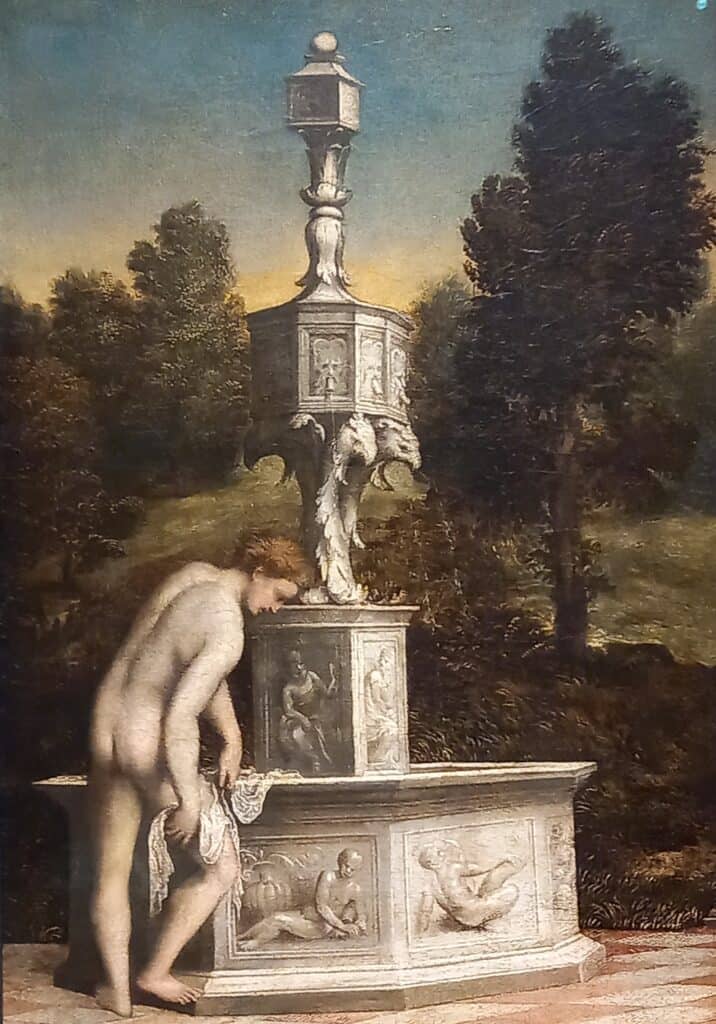 We might be seeing just part of a larger work cut down without any consideration of the artist’s views. That’s the case with Paris Bordone’s ‘A young Man drying himself at a Fountain’, 1530’s, which is the left section of a painting cut on three sides. It still works rather well, especially the contrast between flesh and stone-as-flesh. 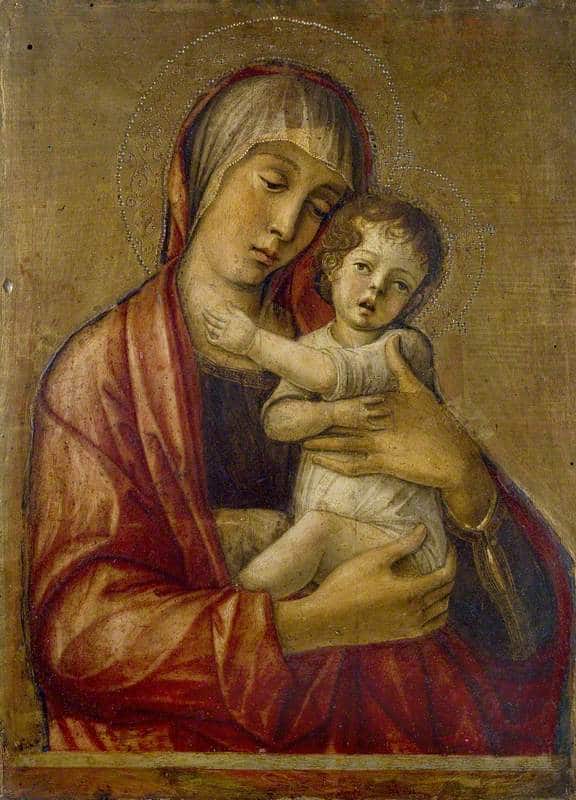 There may be subsequent interventions by another hand. In this Virgin and Child from the mid 1560’s – 70’s by Giovanni Bellini, the gold ground dates from the early twentieth century – it’s thought that the figures were originally placed against a curtain or a landscape. 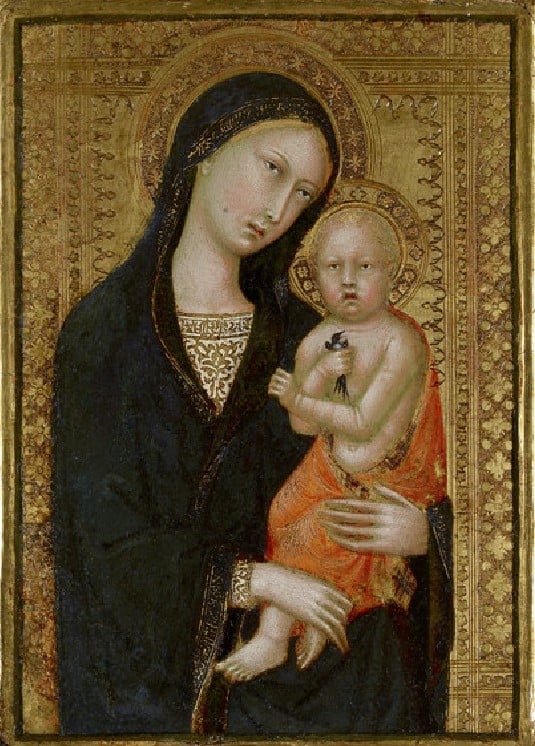 More subtly, the context may alter the meaning of the work. This next ‘Virgin and Child’ attributed to Naddo Ceccarelli from around 1347 is a small devotional work designed for private prayer, the precious materials and refined technique reflecting the glory of God. Is it the same thing when on public display?