On the Up in St Leonards - FAD Magazine
Skip to content 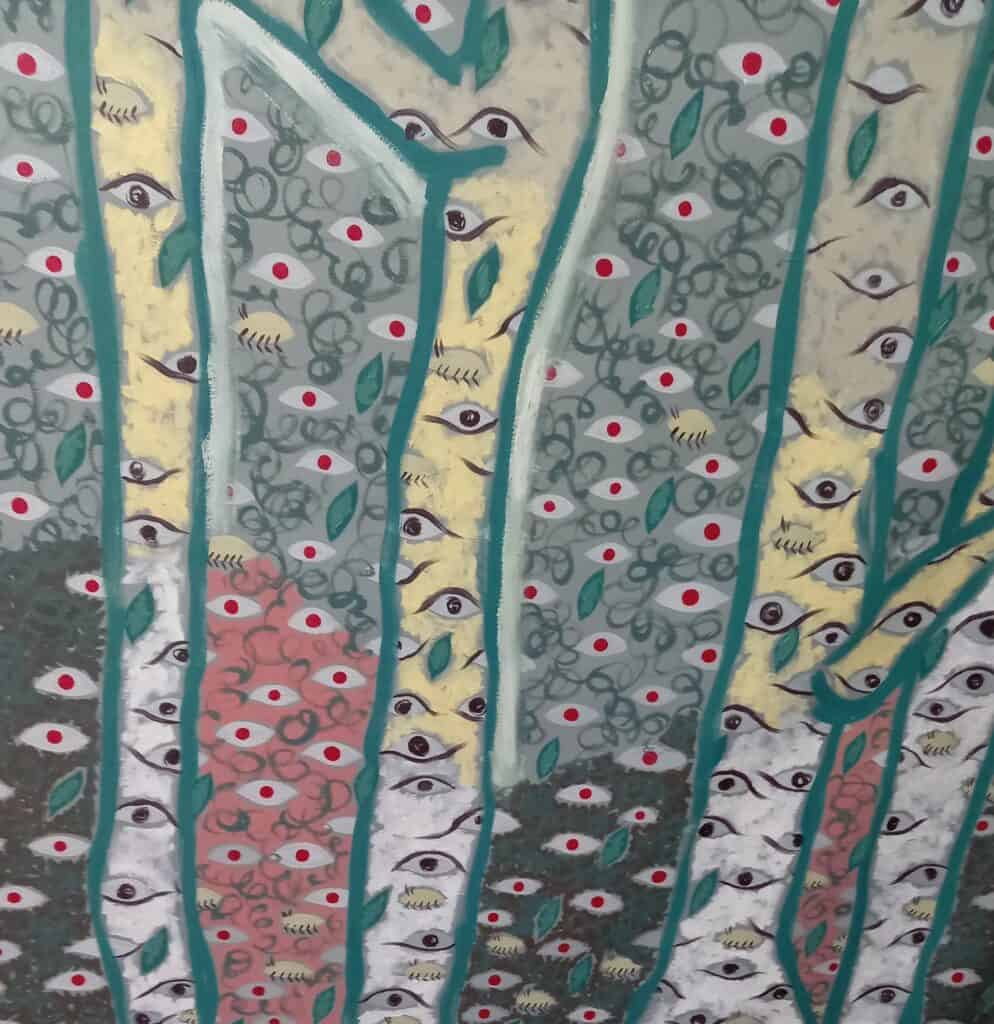 I grew up in St Leonards-on-Sea, the 19th century addition to Hastings. The two towns suffered a 50 year decline from their mid-twentieth century peak as a tourist destination, but is now reviving fast – as an attractive destination for Londoners, the advantages emphasised by lockdown. Units that were boarded up before the pandemic are back in use as quirky shops or trendy cafes, and there is a substantial community of artists in the area – one might mention John Stezaker, Matthew Burrows, Becky Beasley and Sophie Barber.  The past and present are conjoined at the Electro Studios, home to twenty artists: it faces the now empty site of an Olympic sized outdoor swimming pool, opened in 1933, demolished in 1993. Indeed, Colin Booth, who runs the exhibition space attached to the studios, has a long-held ambition to make a life-sized sculptural version of the former pool’s ten meter diving board. Sixty artists feature in ‘The Tree of Life’, running at the Electro Studios Project Space 18-26 September, a lively exploration of trees and their metaphorical potential. For example: 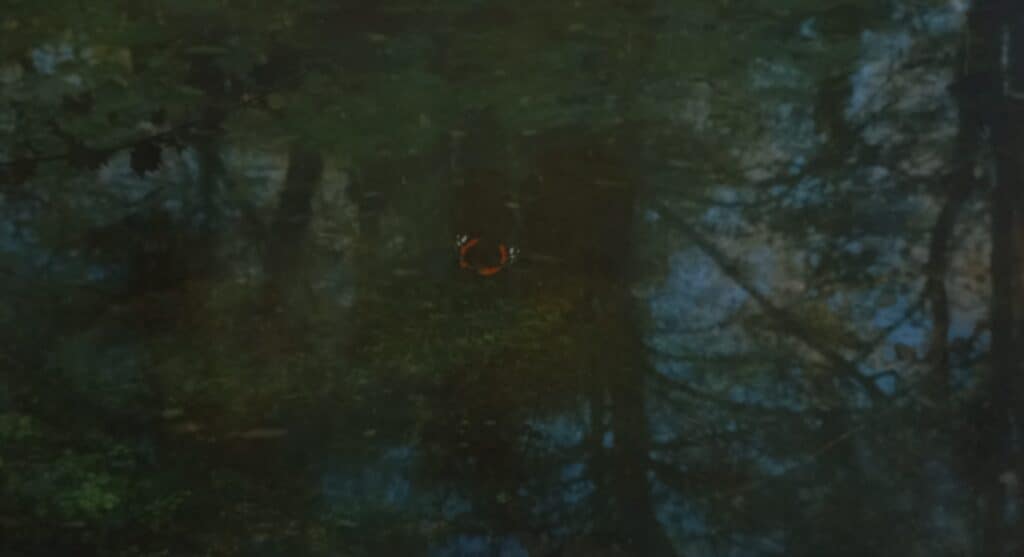 Toby Tatum makes short films in which natural tableaux are charged with atmospheric significance through subtleties of lighting, movement and soundtracks composed by Abi Fry of British Sea Power.  This still from the eponymous film operates independently with a broody intensity I attribute in part to the unexpectedness of seeing a Red Admiral flying so late in the day. 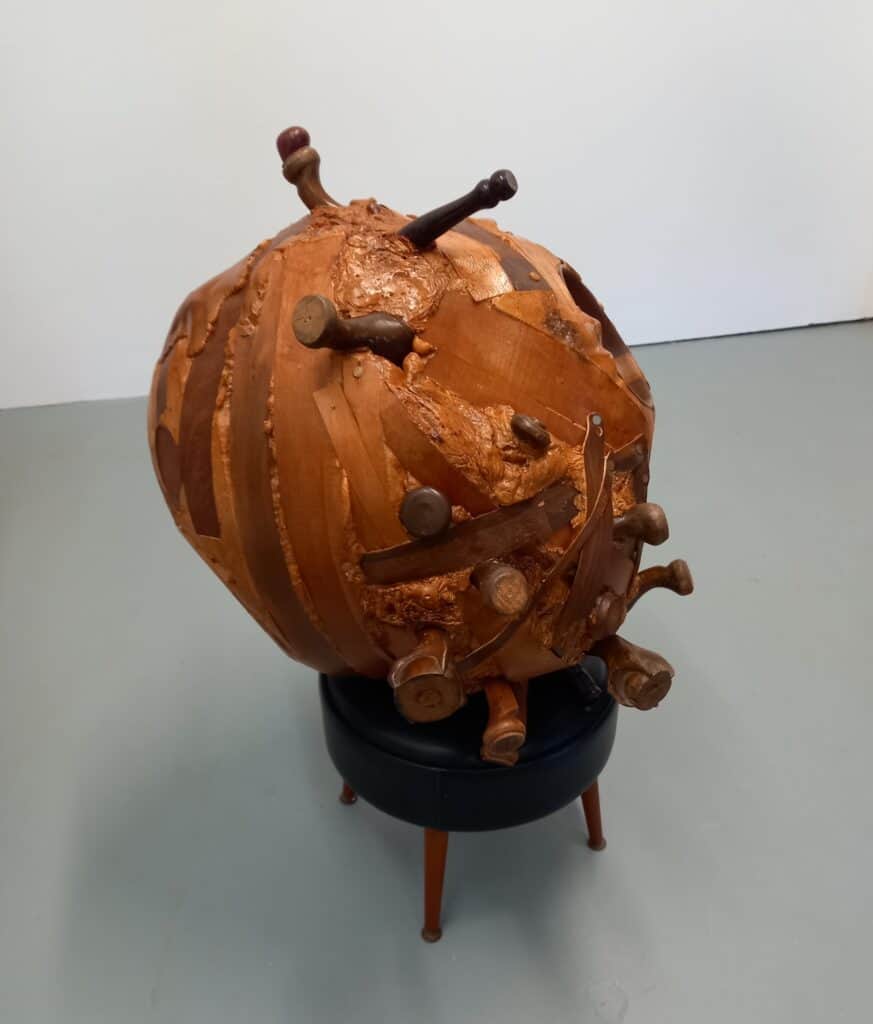 Hermione Allsop likes to meld furniture – and its memories – into new sculptural forms. Here an impressively multi-legged ball turns wood back towards it origins, suggesting a bole of sorts. Cheekily, it occupies a stool rather than a plinth – perhaps that’s the imposter in it.

Though now based in Hastings, multimedia artist Aziza Shadenova grew up in Uzbekistan and Kyrgyzstan and, and describes this immersive spread (a 1.5m wide oil painting with the feel of a tapsetry) as a childhood memory. The ‘eyes’ typical of birch bark have spread in a manner somewhere between surveillance and shamanism. 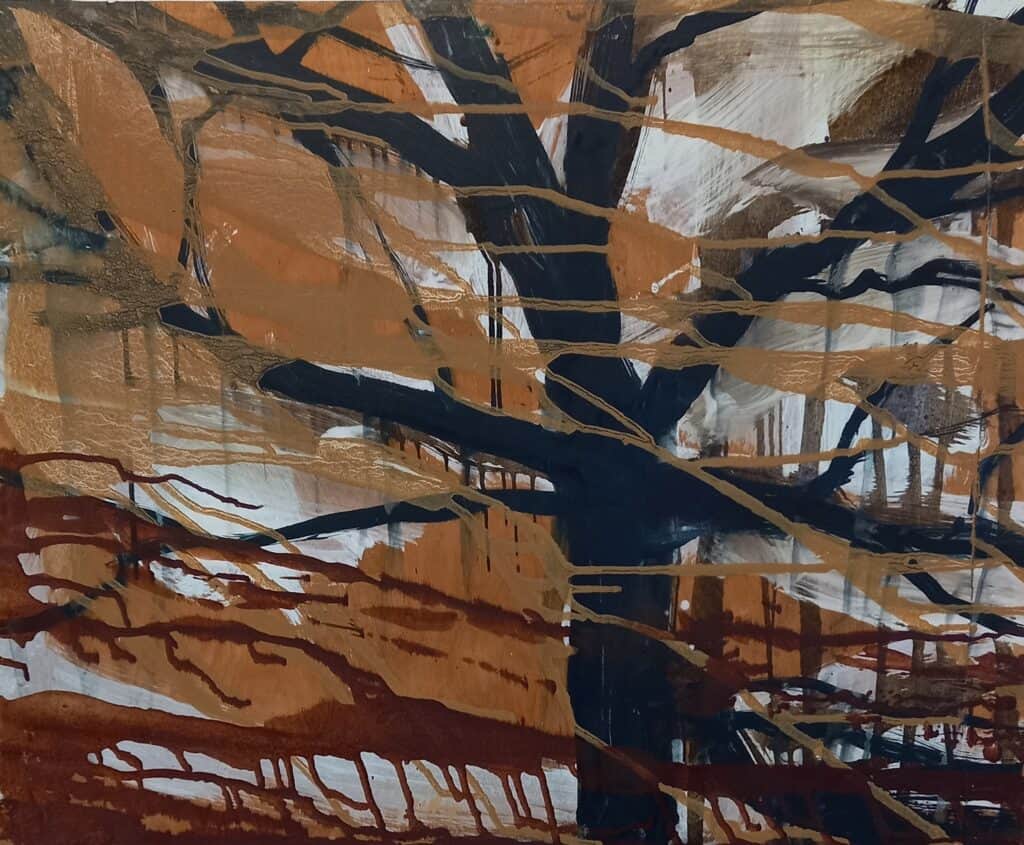 From a series of paintings of an old sycamore, made on unprimed, thin and cracking wood veneer – adding a fragility to the energy caught through its vigorous combination of abstract and figurative. Hastings-based Nick Skelling used to concentrate on the sea, but was deflected by lockdown into his local woods.