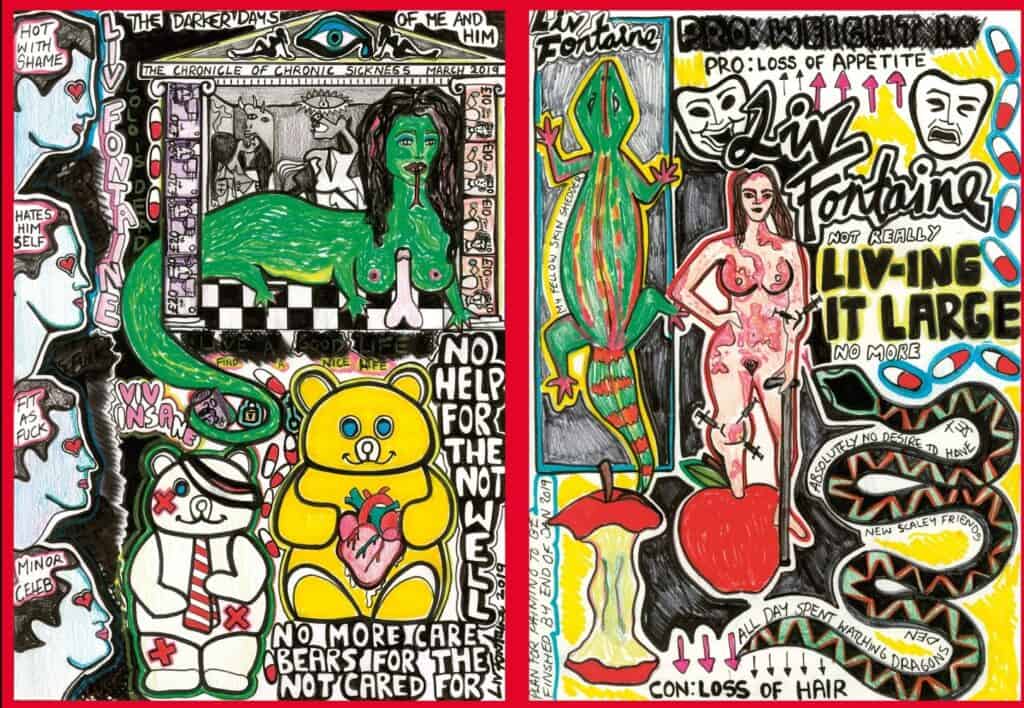 Performance art had an increasingly high pre-pandemic profile, but the curtailment of live events affected that – and even in ‘normal times’, should they return, it’s not always easy to catch and is difficult to revisit – recordings aren’t quite the same thing, and re-performance brings various complications. Yet the aura of the artist often feeds productively into non-performative work – take the examples of Beuys, Warhol and Kusama – suggesting that parallel strategies may be available. 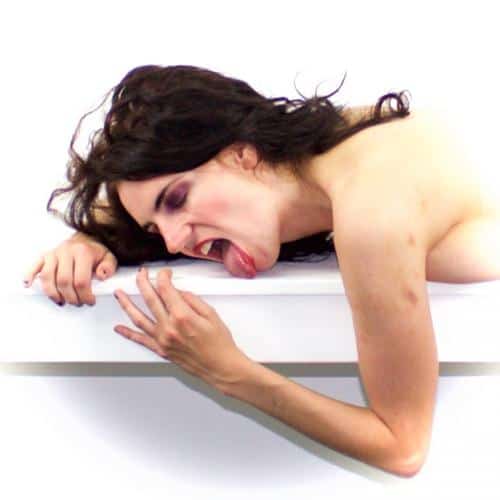 I’m a fan of Liv Fontaine’s in-your-face performances – she’s been in two of my shows – so it’s great that she’s found a way over the past couple of years to channel the confrontational obsessions of her stage presence into frantically busy performances of image and text, countering the restrictions of both illness and lockdown. Now 50 of those drawings are available as a book (buy from Zurich’s cpress – three double-page spreads shown here). 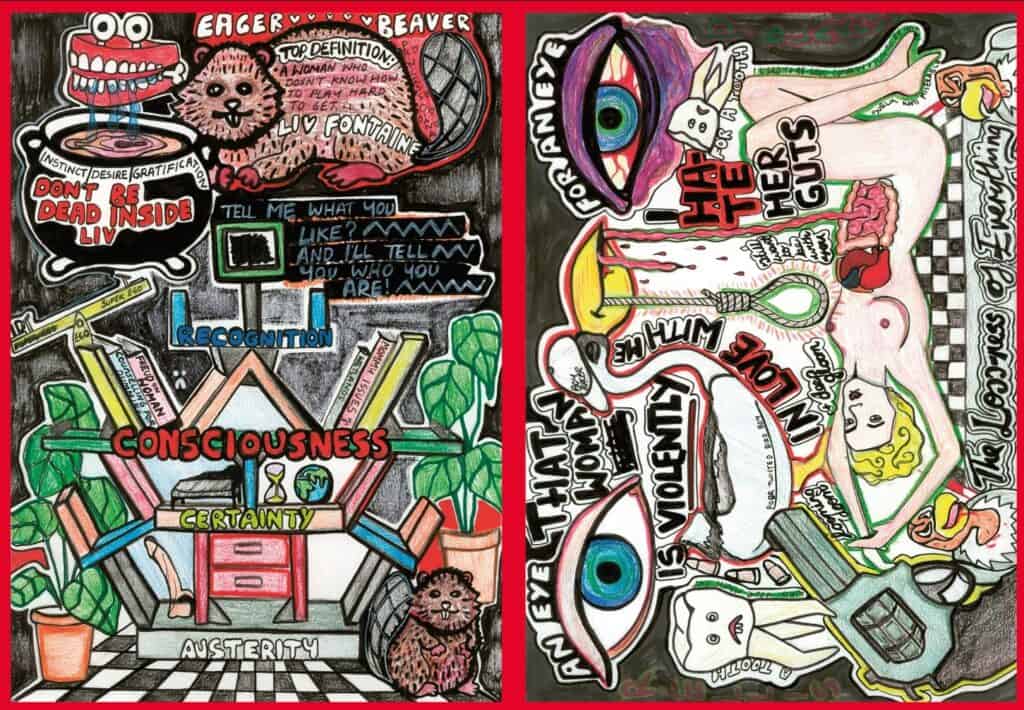 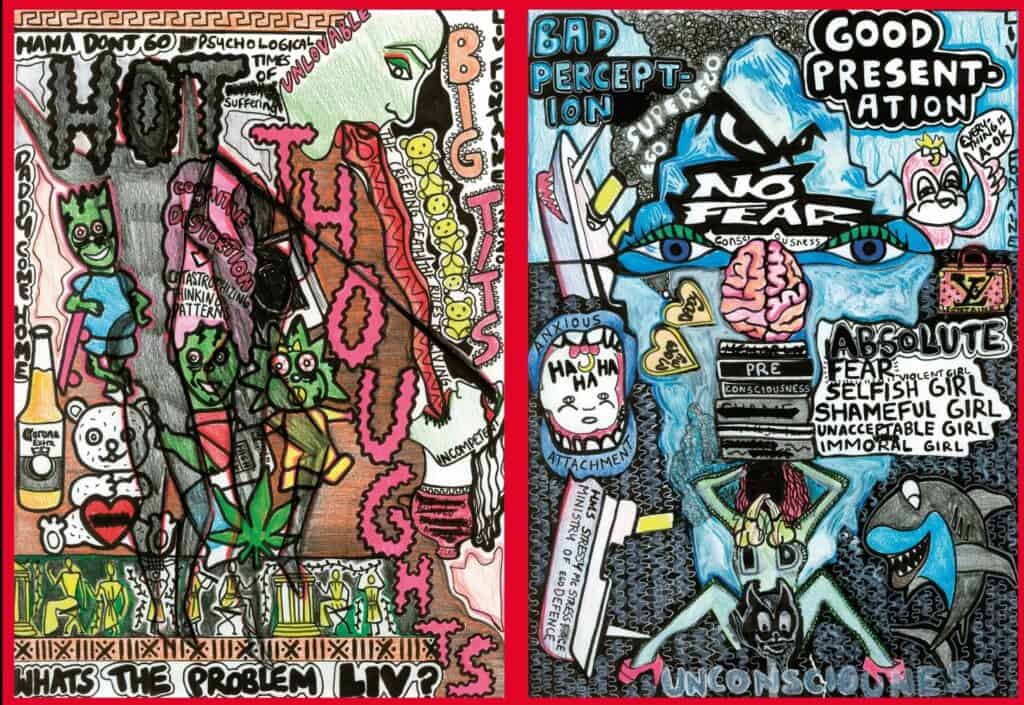