Woaw Gallery is to present MAXX HEADROOM at its Central gallery space. A collaboration with renowned Hong Kong-based artist Michael Lau, also known as the “Godfather of the Designer Toy”, the solo exhibition will feature a series of original new paintings and sculptures from the artist’s signature Gardener Series, showcasing an important part of the artist’s career over the last three decades.

Delving into Maxx, the hero character of Lau’s original 1999 Gardener series, MAXX HEADROOM explores the concept of youth, passion and perseverance. Through a selection of original and new works, the exhibition reflects the artist’s own journey through the character of Maxx as an epitome of the artist himself, a strong-headed youth who would give all for his passion. From the first Gardener logo, sketches, comics, and album cover made in 1998, to remnants of its pivotal moments, as well as the artist’s recent Maxx paintings and sculptures, audiences are invited to enter the evolving journey of Gardener and the artists’ unwavering psyche.

Starting in 1998, The Gardener series began as a comic column at renowned Touch Magazine, a bible for Hong Kong youth back then who followed popular culture and lifestyle news. With Lau’s passion for vintage G.I. Joe 12-inch action figures, the artist created his first collection of Gardener figurines with his signature distinctive style. Unlike other commercial action figures, each Gardener model was handcrafted by the artist, encouraging toy aficionados to appreciate each figurine’s value as art objects, and establishing them as “ARTOY”. Inspired by street culture and his community of friends and influencers, each Gardener figurine represents Lau’s ideology on life and the world around him, with factual and fictional characters leading their own lifestyle and language in his imaginative utopia.

As a pioneer of the vinyl art toy movement, Lau’s influence has extended beyond the realm of toys into the art world, and his work brought about a new phenomenon in the global art toy collecting culture since the turn of the 21st century. Lau’s debut exhibition of a series of 99 original 12-inch Gardener figures at the Hong Kong Art Centre in 1999 overturned public conceptions of toy as a mass-produced, low-cost, low-quality product, and instead positioned toys as limited-edition art objects. With the increasing prominence of street culture in the 90s, Lau was also featured as a changemaker in Forbes’ “20 Trends Sweeping the Globe” (January 2008).

“MAXX HEADROOM is a deeply personal collection of works and every piece of work is a culmination of art and toy as witness of our past and present.”

Celebrating Lau’s vision of “All Art are Toys, All Toys are Art”, MAXX HEADROOM breaks the conventions of contemporary art and shares an important part of history that gives birth to Lau as the “Godfather of the Designer Toy”. Revelling in the idea of street culture, and attitudes from the ‘Golden Era’, MAXX HEADROOM is a passionate self-reflection, and a journey of maximum effort and fresh aspirations. 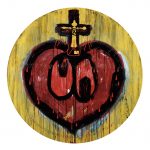 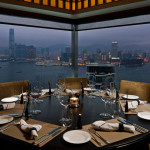 Let’s not mince words, Hong Kong is a city obsessed by food. 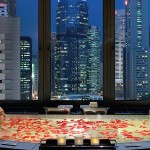 Hitting the heights in Hong Kong: First up: where to get a good night’s sleep 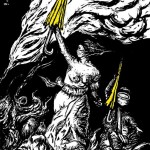 FADNewYork: In Solidarity with Hong Kong