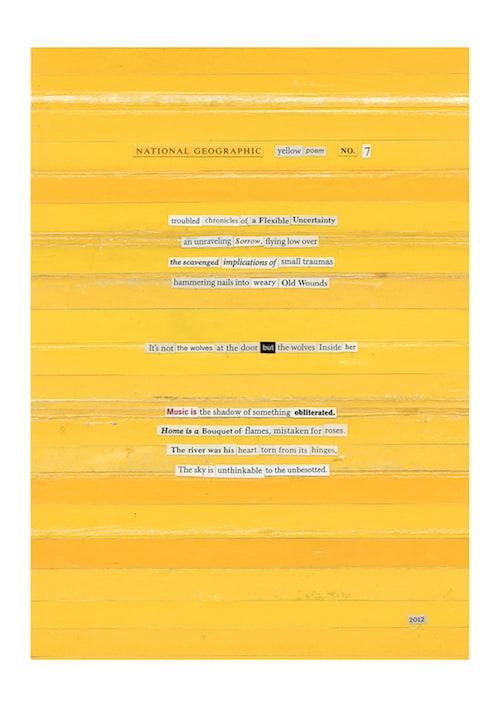 Poetry was good in lockdown, being better suited to the screen than most literature or art.  That makes it timely that two ambitious London shows currently combine art with poetry, even if they were necessarily in planning well before we learned the language of covid. They have prominent local partners: Shoreditch Library with PEER, The Poetry School with Southwark Park Galleries. Both PEER’s  Swirl of Words / Swirl of Worlds and Southwark Park Galleries’ A Fine Day for Seeing combine an exhibition, a programme of events and workshops, and a publication. And both strike me as excellent in all three respects – though as I curated the latter with the poet Tamar Yoseloff, half of that assessment may be biased! 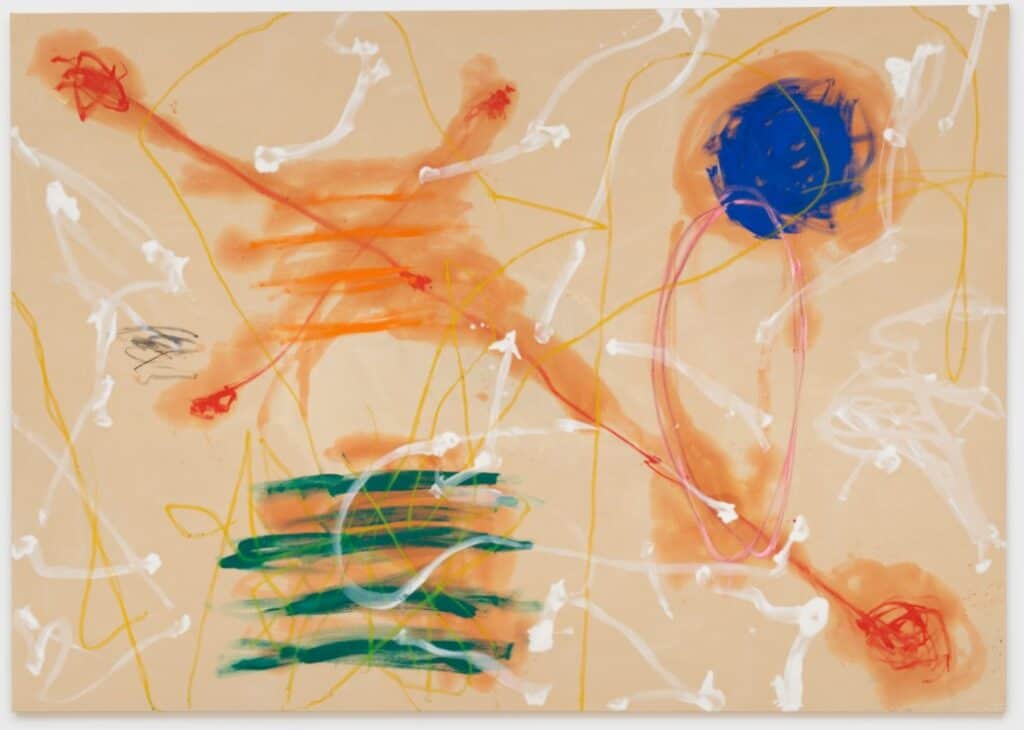 At Southwark Park Galleries (to 29 Aug), the focus is on partnerships between poets and artists: ten poets respond to ten artists, allowing the visitor to read or listen to each through the catalogue, online or via QR code in the gallery. The relationships vary greatly, from mother and daughter to long term collaborators to newly-mets. Perhaps the most unusual dialogue is between Basil Beattie and Maitreyabandhu. The former taught the latter at Goldsmiths Art College in the 1980s, but they hadn’t met since – the pupil is now a Buddhist, ordained into the Triratna Buddhist Order in 1990 – and has swapped painting for poetry, publishing three collections with Bloodaxe Books. He chose the huge and hugely impressive ‘Cause & Effect’ from 1980, and wrote about the time when he was an art student before he stepped across…

the threshold into the present tense: Thatcher

as Basil, who has hardly changed, makes tea.

We prop his pictures up against the wall

and talk about the dead – Hoyland gone

as if that made a difference. The paintings stand

as tribute to the eye and heart and hand,

PEER’s show (to 14 Aug) considers the relationship between language and cultural identity, notably represented by publication of a free book containing 94 poems in each of 94 languages identified as being spoken in Hackney, all with English translations. The poet Stephen Watts selected these, and while you might suspect the quality of the work would be subsidiary to its concept, it turns out to be a consistently strong collection. Watts will reads his own poems at  the closing event. Meanwhile the extensive exhibition brings together classic fusions of art and language (by, for example, Kurt Schwitters, Susan Hiller and John Smith) with less-known but equally fascinating works. I was taken with half a dozen of Pete Smith’s ‘National Geographic Yellow Collages’ from a series ongoing since 2009. They  consist of words and phrases removed from National Geographic magazine and pasted onto a magazine-sized background of horizontal yellow or gold strips themselves cut from the publication’s iconic front-cover border. That makes them visually striking, but they also operate wonderfully as semi-found poems of surreal conjunction. 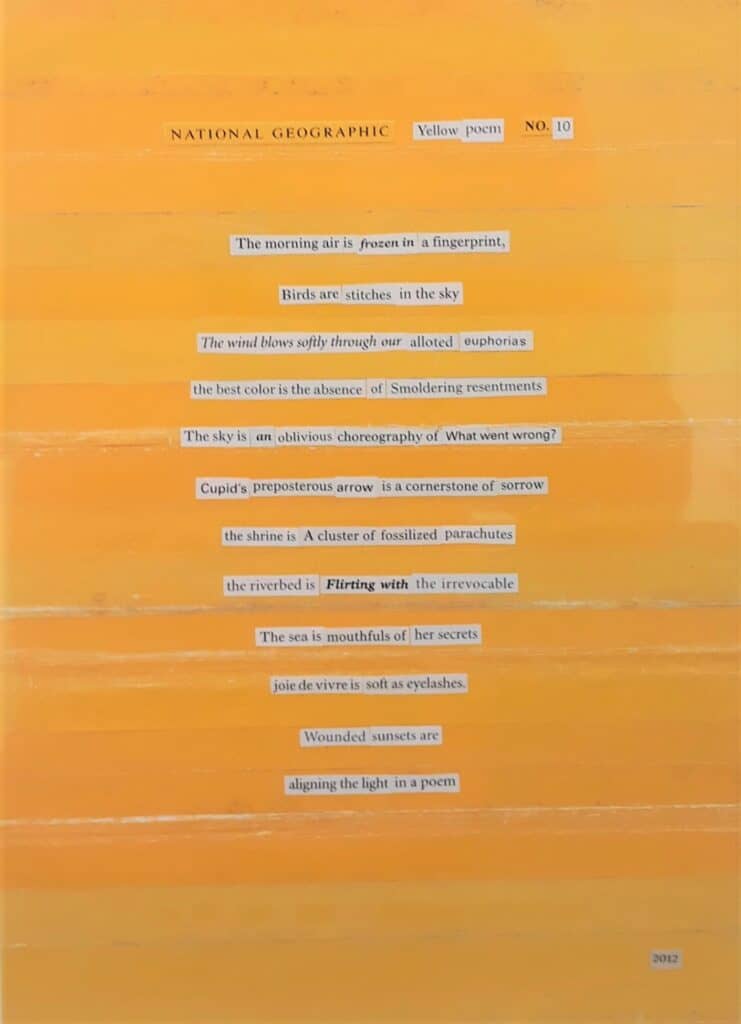