“Movies have become more violent over the years and the descriptor text before previews reflects that. It seems that we are in a state of constantly upping the ante. Where is your comfort zone for graphic violence? Rape, violence, abuse can exist on screen, in your mind, or they can actually happen to you. A lot of people have had rated R experiences. Watching rape isn’t being raped…or is it?”

Robert Lazzarini’s paintings are based upon the ubiquitous red title cards seen prior to movie previews in the USA. Indicating “appropriate for mature audiences only,” these paintings emphasize violence as entertainment and the descriptive language as a reflection back upon the viewer.

The Movie Picture Association of America first introduced descriptor texts on the red title card in 1990, and they were displayed more prominently as of 2013. The language used in the texts reduces the movie’s mature content to a few abject descriptive lines. The artist titles the paintings with each descriptor as a way of highlighting both the repetition of words and how they function as a proxy for the movie itself.

Lazzarini applies mathematical distortions to the image as a way to offset the observer and complicate the space of the composition. The horizontal fields of red within each painting are filled with an ever-expanding and contracting text. The artist refers to the diverse mark-making in the language of bodily injury such as nicks, scrapes, cuts, and abrasions. The repetition of specific loaded words within each of the paintings generates a sense of unease. The scale of these works are realized in two aspect ratios: 1.85:1 known as Flat or Theatrical Widescreen, and 2.39:1 known in the film industry as Scope or Cinemascope. Here the paintings tether to the formats that the corresponding films are shot in—a way for the artist to refer to the space of viewing films.

Included in the exhibition is a suite of small paintings depicting video game ratings by the Entertainment Software Rating Board (ESRB). Rated M for mature content, the descriptor language parallels that of the rated R movies, highlighting the disturbing and violent nature of the games.

The fact that Americans are increasingly obsessed with heightened levels of violence in our entertainment says as much about the commodification of violence as it does about the ever-increasing blur between violence in reality and fictional violence. The prevalence of violence across all media adds to this confusion. Rated R for violence focuses on America’s dark fascination and language as a signifier for the pain and suffering of others.

Robert Lazzarini (b. Denville, NJ, 1965) lives and works in New York, NY. Lazzarini uses the language of mathematical distortion as a way to question the habitual way we view images and objects. His work often employs the formal strategy of variation and repetition as a foil to the static nature of painting and sculpture. The artist’s themes include societal malaise and America’s preoccupation with violence and criminality.

Robert Lazzarini has exhibited internationally with galleries including Deitch Projects, New York, NY; Dittrich Schlechtriem, Berlin, Germany; Honor Fraser, Los Angeles, CA; Paul Kasmin Gallery, New York, NY; and Marlborough Chelsea, New York, NY. His works are included in the collections of The Museum of Modern Art, New York, NY; Whitney Museum of American Art, New York, NY; Walker Art Center, Minneapolis, MN; and The Hirshhorn Museum and Sculpture Garden, Washington, DC amongst many others. Lazzarini’s exhibitions have been reviewed and discussed in numerous publications such as The New York Times, The Brooklyn Rail, Frieze, and Art in America. Robert Lazzarini is represented in Europe by Dittrich Schlechtriem, and will have works featured in the exhibit Seeing and Perceiving at Ithra, Saudi Arabia opening in June, 2021. 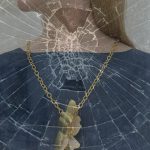 Brooklyn-based ‘love for both of us’ collaborate with artist Robert Lazzarini for the first collection.

love for both of us is a Brooklyn-based company that collaborates with internationally exhibiting artists to make high-end jewellery. The […] 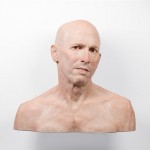 With 24 solo presentations and 300 artworks spread throughout 15,000 square feet of raw space, as well as an immersive […] 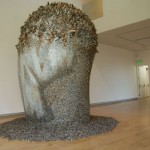 Round up from the Aldrich Contemporary Art Museum in Ridgefield, Connecticut by Adrian Sanders.