Embodied Action is one of the places where the 15th Festival of Contemporary Dance and the 17th Exhibition of Architecture: ‘How Will We Live Together?‘ intersect and includes three installation works – Mikhail Baryshnikov and Jan Fabre’s Not Once, Wilkie Branson’s Tom, and Random International/Company Wayne McGregor’s Future Self.

Future Self is a performative light installation that studies human movement and investigates identity, the relationship we have with our own image and with others. The installation created by Random International is a three-dimensional living sculpture that presents viewers with their full-length body image, three dimensionally distributed as tiny points of light. Capturing, replicating and mapping movements in light, the sculpture reacts to those who surround it with a slight delay in the depiction, offering an encounter with the self-image that is both immediate and ethereal. Choreographed by Wayne McGregor, two dancers intensely explore the installation, communicating with one another and their own reflections through light as well as the body. Selected members of the audience are also bound together in the moment, as an illuminated presence – another version of themselves. Throughout the performance, music, artwork and the human form are unified into one immediate and emotional experience. A score by composer Max Richter accompanies the work.

FIRST SENSE celebrates the diversity and dynamism of many exceptional artistic voices that express their truths through the breath-taking instrument of the human form. In his first year as the director of the festival, Wayne McGregor illuminates the complexity, the breadth, and the ‘transformability’ of a discipline that thrives on renewal and which, in its dialogue with the most cutting-edge thinking, advances the development of contemporary art.  Throughout the Programme, McGregor will reflect diversity through gender, race and age, and spotlight the work of artists working on the peripheries, who may currently be invisible to a wider public, as well as those who are already established – 10 days of events with over 100 artists, all Italian premieres, two world premieres and three European premieres.

Company Wayne McGregor
Multi-award winning choreographer and director Wayne McGregor founded his own company in 1992 as a creative engine for his pioneering projects and his life-long choreographic enquiry into thinking through and with the body. Company Wayne McGregor remains the crucible of his creative energy, where his most experimental work is realised. Company Wayne McGregor is Resident Company at Sadler’s Wells, London.  With over 30 works created by McGregor, the company has toured to more than 50 countries, visiting some of the world’s most prestigious theatres, as well as creating site specific performances at venues such as the Roundhouse, Barbican Curve, Secret Cinema, and performing at the Brits, New York and London Fashion Week and the BBC Proms.
Company Wayne McGregor sits within Studio Wayne McGregor, the organization which supports the breadth of McGregor’s artistic collaborations in dance, visual arts, film, theatre, opera, fashion and music video; a portfolio of international commissions; highly specialized creative learning programmes for individuals and communities; artist development initiatives; and collaborative research projects across the interface of the arts with science, technology and academic research.

Random International
Art Group RANDOM INTERNATIONAL run a collaborative studio for experimental practice within contemporary art. Founded in 2005 by Hannes Koch and Florian Ortkrass, today they work with larger teams of diverse and complementary talent out of studios in London and Berlin. Questioning aspects of identity and autonomy in the post-digital age, the group’s work invites active participation. RANDOM INTERNATIONAL explores the human condition in an increasingly mechanised world through emotional yet physically intense experiences. The artists aim to prototype possible behavioural environments by experimenting with different notions of consciousness, perception, and instinct. Their work Rain Room is in the collection of Jackalope Art Collection Melbourne, and the Los Angeles County Museum of Art having been exhibited under the museum’s historic Art and Technology initiative. The artwork has also been shown at the Museum of Contemporary Art Busan (2019), YUZ Museum in Shanghai (2015), the Museum of Modern Art, New York (2013), and London’s Barbican (2012). An edition of Rain Room has become the first permanently installed artwork at the Sharjah Art Foundation (UAE) and is housed in its own building. Florian Ortkrass born 1975, Rheda-Wiedenbrück, Germany. Graduated from Brunel University in 2002 and Royal College of Art in 2005.  Hannes Koch born 1975, Hamburg Germany. Graduated from Brunel University in 2002 and Royal College of Art in 2004.

Wayne McGregor
Wayne McGregor CBE is a multi-award-winning British choreographer and director. He is Artistic Director of Studio Wayne McGregor, encompassing creative collaborations in dance, film, music, visual art, technology and science; a touring company of dancers Company Wayne McGregor; and learning and research programmes. Wayne McGregor is also Resident Choreographer at The Royal Ballet, Director of Dance for the Venice Biennale until 2024, and is regularly commissioned by and has works in the repertories of the most important ballet companies around the world.

McGregor is Professor of Choreography at Trinity Laban Conservatoire of Music and Dance, is a member of the King’s College London Circle of Cultural Fellows, has Honorary Doctorates from Plymouth University, University of Leeds, University of Chester, and UAL, and is an Honorary Fellow of the British Science Association. He has won four Critics’ Circle National Dance Awards, two Time Out Awards, two South Bank Show Awards, three Olivier Awards, a prix Benois de la Danse and two Golden Mask Awards. In 2011 McGregor was awarded a CBE for Services to Dance and in 2021 was honoured with a Lifetime Achievement Award at the Prix de Lausanne. 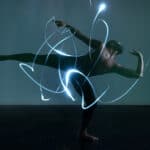 Superblue & BMW i present “No One is an Island” a Random International + Wayne McGregor & company collaboration for Frieze London.

Superblue and BMW i present “No One is an Island”, a collaboration between the art group Random International and choreographer […] 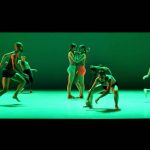