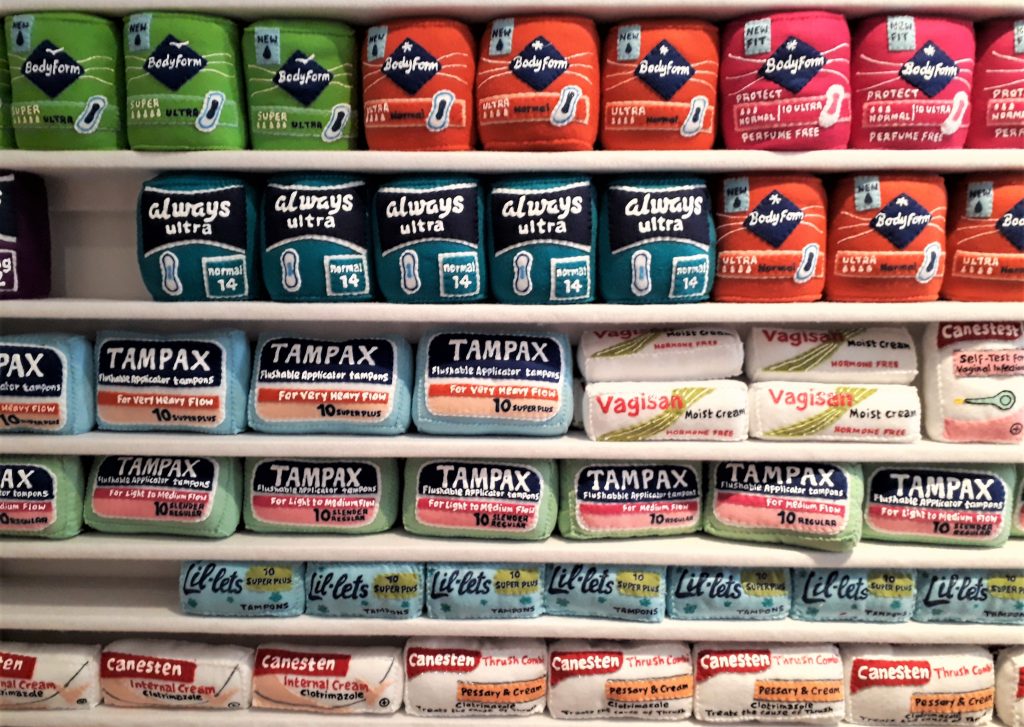 There’s a surfeit of new things to see just now, as pretty much every commercial gallery in London – and there are a couple of hundred worth seeing – has opened a show which, even if isn’t new, I haven’t seen before. It’s lucky, perhaps, that institutional spaces don’t open until 17 May, so spreading the glut out…

The locked down viewing experience is different:

But those features – masks apart – have their merits:

There are also some advantages for gallerists: having gone to the trouble of making an appointment, people are likely to stay longer and engage with the art; and both printing paper and old-style openings represent a cost avoided, as does flying foreign artists to Britain – ‘installation by Zoom’ is the thing now.

Anyway, here’s a sample from enjoyable ‘locked down viewing’.

Lucy Sparrow at Lyndsey Ingram. The gallery becomes a fully stocked chemist filled with a vast range of felt pharmaceuticals served by the white-coated Lucy Sparrow herself. This opened on 12 April but could, presumably, have opened earlier as an essential shop. The pre-booked slots are all taken, but I had to queue only briefly to get in without one. Shown: imitation products (top image) 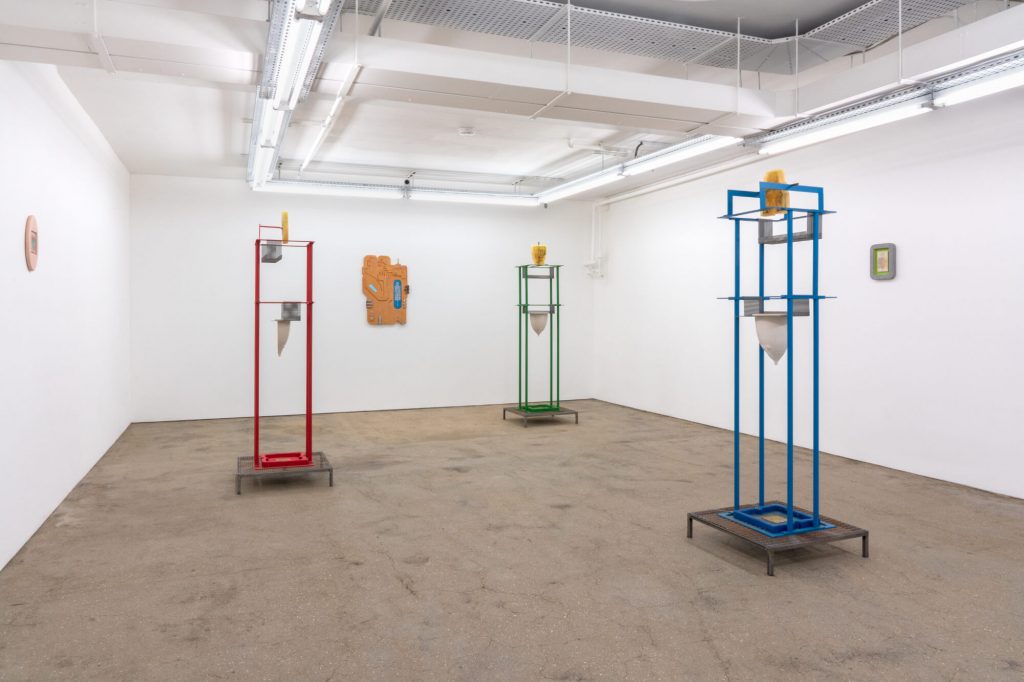 Rafal Zajko at PUBLIC Gallery:  the space on Middlesex Street allows for convenient gathering outside, with the artist able to talk to visitors while up to six people are allowed inside in turn – not a bad opening model (and a fascinating show across three floors). Shown: installation of (what else?) works melting frozen synthetic urine. 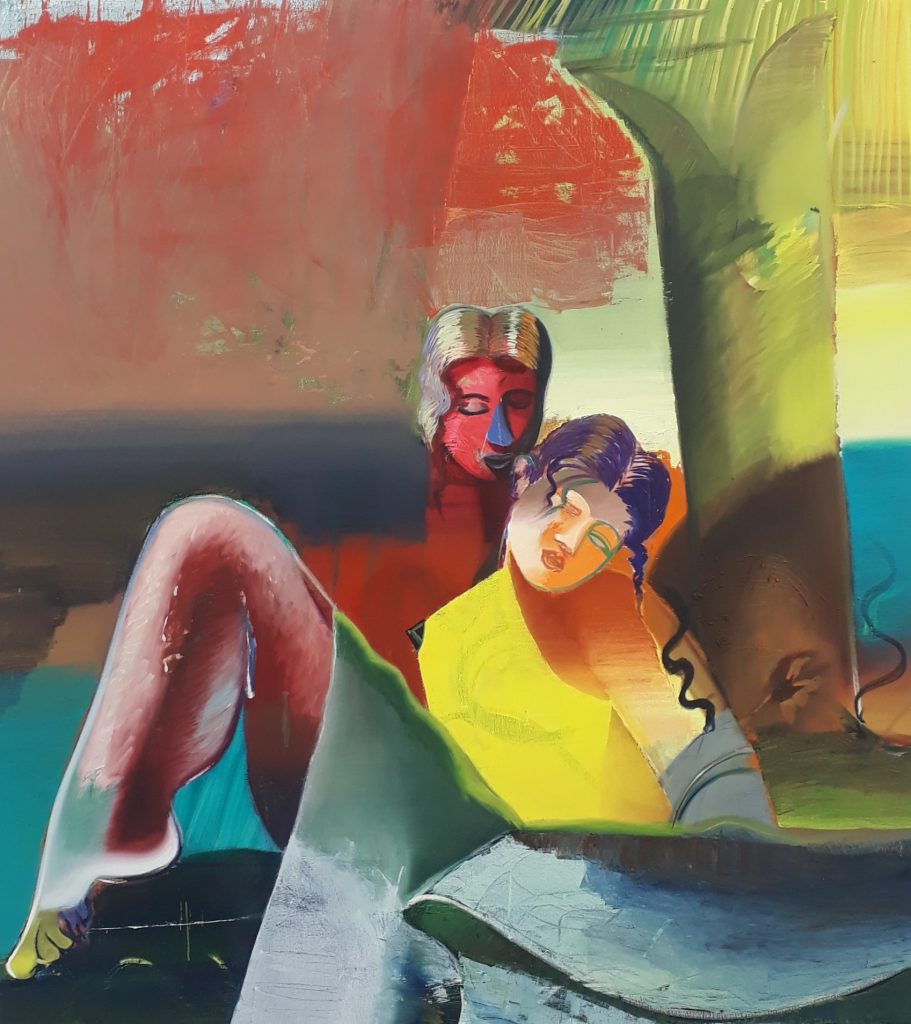 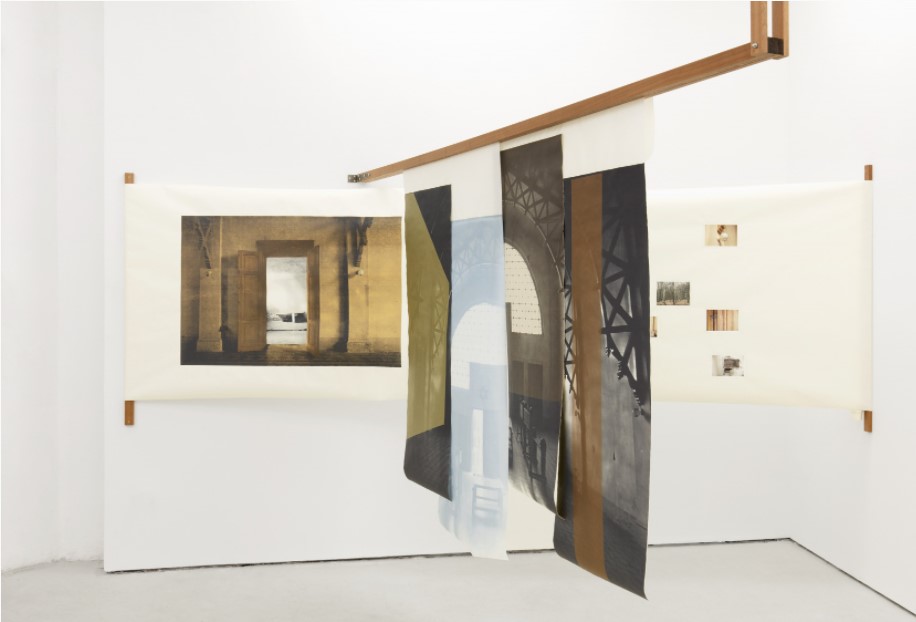