For Betye Saar, the washboard is a potent object that neatly coalesces the social constructions of gender, race and class with the politics of exploitation, opportunity and accommodation into one symbol. Importantly, the washboard emblematizes America’s unresolved legacy of slave labor and its profound historical and familial trauma, and Saar explicitly ties its history and memory to traditional female labor and working-class chores.

Saar has made a career of empowering the denigrated and vulnerable, most notably Black women. Her washboard assemblages are as much about the exploitation of female labor as they are about the determination to persevere built upon by Black women, despite the inequalities that existed historically as well as today.

Many of her washboard assemblages feature Saar’s iconic reimagining of the stereotypical Jim Crow-era Aunt Jemima figure and other derogatory images, literally and figuratively “armed.” The washboard–a symbol of the role of Black women in positions of abject servitude and subjugation–is now reimagined to showcase the strength and fortitude of these same women.

As one of the artists who ushered in the development of Assemblage art, Betye Saar’s practice reflects on African American identity, spirituality and the connectedness between different cultures. Her symbolically rich body of work has evolved over time to demonstrate the environmental, cultural, political, racial, technological, economic, and historical context in which it exists.
For over six decades, Saar has created assemblage works that explore the social, political and economic underpinnings of America’s collective memory. She began her career at the age of 46, producing politically engaged art resisting Western, Eurocentric traditions. As did many of the women who came to consciousness in the 1960s, Saar takes on the feminist mantra “the personal is political” as a fundamental principle in her assemblage works. Her appropriation of black collectibles, heirlooms and utilitarian objects are transformed through subversion and yet given her status as a pioneer of the Assemblage movement, the impact of Saar’s oeuvre on contemporary art has yet to be fully acknowledged or critically assessed. Among the older generation of Black American artists, Saar is without reproach and continues to both actively produce work and inspire countless others. 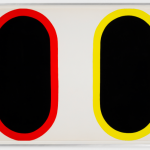 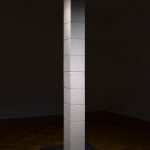 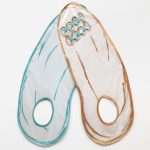 Latitude – Platform for Brazilian Art Galleries Abroad, a partnership between ABACT [Brazilian Association of Contemporary Art] and Apex-Brasil [Brazilian Trade and Investment Promotion Agency], is delighted to support the participation of five galleries from Brazil at Art Basel OVR: Pioneers, 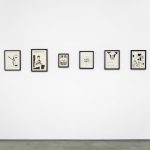