When it comes to real luxury and the things that have garnered the biggest price tag you tend to think of priceless objects with a rich history or sleek and stylish items fronted by a recognized cherished brand.

Perhaps such thoughts bring to mind a painting by a master or a limited release car, or maybe even a precious gem hewn from deep inside a mountain.

However, if you are really looking for it, just about every item (from the big to the small) can have an iteration that is costly beyond words and this is certainly true when it comes to glasses.

The cost of truly priceless glasses, be they prescription eyewear or fashionable sunglasses, usually depends on three factors.

Either the glasses are adorned with fine gems or made of a precious metal, adding a real premium to the overall cost. Another factor can revolve around the limited release of a pair of glasses, meaning that there are simply hardly any of the items to be found anywhere.

The final, and perhaps most telling, factor behind eyewear that is highly priced is the relative fame of the person who has worn them. Clearly if the glasses have been placed across the face of a world renowned celebrity then the cost skyrockets and this has resulted in many stellar sales in auction houses the world over.

When it comes to brand names that are synonymous with cost then Cartier are surely one of the first that comes to mind. They’ve been producing exquisite glasses for a very long time and while most of their most expensive options are in the sunglasses field, this pair (below) will cost you a mammoth $159,000.

The Cartier Panthere Points are manufactured from 18k gold and are resplendent in 561 cut diamonds and 645 blue sapphires. This makes you wonder just how heavy they must be, though clearly they are quite astonishing and wearing them would not only be making a statement but would also no doubt attract the sort of attention you’d rather avoid. We’d advise employing a bodyguard if you are intending to wear these on a morning coffee run, after all you can’t get purchase these from your usual eyewear shop on a street corner.

However when it comes to the most expensive eyeglasses ever sold then the winner of that crown comes in at more than ten times the cost of these beauties.

The Liz Taylor Diamond mask was made by Henry Dunay, the celebrated New York based jewelry designer, and was auctioned to raise money for the American Foundation for AIDS research.

And the auction bid reached…. $3 million.

The eyewear mask includes over 130 carats of diamonds in both platinum and gold.

Sunglasses Can Also Be Highly Valued

Now, when it comes to sunglasses there are also those which have fetched an immense price tag.

And here we have the piste de resistance, the Chopard De Rigo sunglasses, valued at an astonishing $408,000. Now these are indeed gorgeous and the cost is down chiefly to the fact that they are made with 60 grams of 24k gold and include 51 cut diamonds.

Then of course you have hugely expensive sunglasses due to the famous nature of the owner. In 2019 a pair of sunglasses owned by John Lennon were sold at an auction house for $183,000 and the cash windfall went to a former personal assistant of Ringo Starr who had found them in the back of his car back in 1968.

Indeed when it comes to hugely expensive eyewear this tends to mainly be in the field of sunglasses, which is perhaps no surprise as it’s in this field that truly stylish looks can be best completed.

A pair previously worn and owned by Elvis Presley fetched $160k when sold back in 2018 and they are indeed very eye catching.

Now the actual glasses are pretty plain in terms of the manufacturing of the pair. Made of plastic, but custom made. The King was photographed wearing the pair many times, most tellingly on his final holiday to Hawaii and as such the cost is significantly higher given Presley passed away in the same year, 1977.

Glasses of any type may seem to be a regular everyday item but it’s clear that if certain factors are in play, they can end up being truly priceless if the right conditions are met.

So keep an eye out! 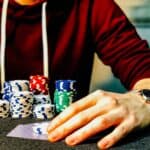 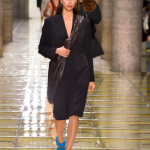 Tips and tricks to buying the perfect sandals for summer

Truth be told, Sandals are one of the many reasons why people look forward to summer. It’s the time where people put away those sweaty, closed shoes and rock their favourite slides without feeling guilty. 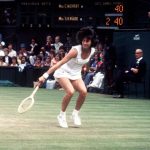 For Epilogue, Alessandro Michele reimagined the emblematic GG monogram in denim jacquard, treated to have a vintage, worn-in effect