The Hayward Gallery will present Matthew Barney: Redoubt, an exhibition of the renowned artist and filmmaker’s latest body of work in 2021. The exhibition, the artist’s first major museum show in the UK in over a decade, presents a group of monumental sculptures, and more than forty engravings and electroplated copper plates. Also included is the UK premiere of Barney’s new eponymous film, a ‘breathtakingly beautiful’ chronicle that explores the complex relationships between humans, and the natural world. Set in the sublime wintry landscape of Idaho’s Sawtooth Mountain range, the feature-length film intertwines themes of artistic creation in a contemporary reworking of the classical myth of Diana and Actaeon.

The exhibition also includes engravings on copper plate that Barney made during the filming of Redoubt as well as a series of electroplated copper reliefs that feature imagery from the film, such as the landscape of the Sawtooth Mountains or a wolf among the trees. The electroplates were made using a technique that Barney developed during production of the
film, which he then refined and expanded in the studio. By altering the conditions in the electroplating tank—including current, heat, and chemical concentrations—the artist produced unique variations on each image. The engravings also feature elaborate frames and armatures, making them sculptural works in their own rights. These are presented alongside a number of additional free-standing cast sculptures, completing the link between the filmic narrative and the gallery-based installations.

Redoubt was filmed over months in Idaho’s rugged Sawtooth Mountains and continues Barney’s long-standing preoccupation with landscape as both a setting and subject in his films. By layering classical, cosmological, and American myths about humanity’s place in the natural world as well as political currents at play, Redoubt weaves a lyrical and universal narrative. Like most of Barney’s previous films, the film is without dialogue; but in a marked shift, Barney has incorporated dance into the narrative of the film, allowing the characters to communicate choreographically. Eleanor Bauer, who also worked with Barney on River of Fundament, both performed in and choreographed Redoubt, in collaboration with K. J. Holmes, Sandra Lamouche, and Laura Stokes. All of the dance passages were filmed on
location, emphasising the relationship between site and movement.

Structured as a series of six hunts that unfold over seven days and nights, Redoubt loosely adapts the myth of Diana, goddess of the hunt, and Actaeon, a hunter who accidentally trespasses on her and is punished. The Diana of Redoubt (Anette Wachter) is both the protector of the natural world and a predator in it—a present-day sharpshooter in the frigid
Idaho wilderness. Accompanied by her attendants, the Calling Virgin (Eleanor Bauer) and the Tracking Virgin (Laura Stokes), Diana traverses the mountainous terrain in pursuit of the elusive wolf. The Engraver (Matthew Barney) happens upon the hunting outfit in the forest and begins stalking the trio, furtively documenting their actions in a series of copper engravings. He brings his plates to a remote trailer housing a rudimentary laboratory, where the Electroplater (K. J. Holmes) subjects them to an electrochemical transformation. In a pivotal scene near the end of the film, the Engraver encounters a sixth character, the Hoop Dancer (Sandra Lamouche, Bigstone Cree Nation), who rehearses a Native American dance
in a nearby town. Her complex movement sequence unites her with the other characters across time and space, as the film progresses to a climactic moment of cosmic and terrestrial reversal.

“Matthew Barney has created a significant new chapter in his artistic evolution with the challenging and thoughtful works in this exhibition. Focusing on our relationship with the natural world and a related range of timely and highly-charged issues, Redoubt reveals an artist in the midst of expanding his artistic language with exhilarating ingenuity whilst forging an urgent vision about some of the most pressing matters of our time.”

Barney is among the most ambitious and provocative artists of our time, known for epic projects such as the CREMASTER Cycle (1994–2002). Both Redoubt and its related publication—which features essays by leading scholars of art history, dance theory, and environmental studies—speak to the artist’s expansive interests.

Matthew Barney: Redoubt 17th March – 16th May 2021
The Hayward Gallery @hayward.gallery And on now through to Jan 16th you can see a new Matthew Barney exhibition Cosmic Hunt at Sadie Coles Davies Street 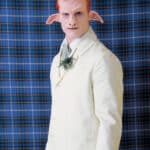 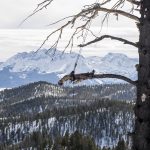