Yung Ma has been appointed Curator, Hayward Gallery at the Southbank Centre to work on the gallery’s dynamic programme that showcases the world’s most adventurous and innovative artists.

Ma has worked internationally in Seoul, Paris and Hong Kong and brings a breadth of experience organising major exhibitions of contemporary art. He was most recently the Artistic Director of the 11th edition of the Seoul Mediacity Biennale, which opened in September 2021 at Seoul Museum of Art and other locations across the city.

I’m delighted that Yung Ma has joined the Hayward Gallery, bringing his significant international experience and knowledge of contemporary art. I look forward to seeing his original and thoughtful approach to exhibition-making continue to develop and contribute to the Hayward’s adventurous future programme.

Ma joined the Hayward Gallery in November 2021 working alongside Senior Curator Cliff Lauson and reporting to Director Ralph Rugoff. Prior to his appointment at the Hayward Gallery, Ma has served as Curator of the Contemporary Art and Prospective Creation Department at the Centre Pompidou in Paris, where he organised the solo exhibition HX by Cao Fei (2019), and has also co-organised the group exhibitions Chine-Afrique (2020) and Global(e) Resistance (2020 – 2021). He was previously Associate Curator of Moving Image at M+, Hong Kong (2011–16), where he was tasked to develop the institution’s moving image collection. While at M+, he also conceived the series M+ Screenings (2016–) as well as exhibitions such as Mobile M+: Moving Images (2015). He has twice served as Co-Curator of the Hong Kong Pavilion at the Venice Biennale, in 2009 with the solo presentation of Pak Sheung Chuen and 2013 with the solo presentation of Lee Kit.

I am thrilled to join the Hayward Gallery team and return to working in London, one of the great cities that has shaped me. The Hayward’s public role, its iconic architecture and its ground-breaking artistic programme are tremendous assets. It is a great privilege to have this opportunity to contribute to such a legacy, and I look forward to working closely with my Hayward colleagues to bring many more engaging and exciting projects to audiences in London and beyond.

The Hayward Gallery, part of the Southbank Centre, has a long history of presenting work by the world’s most adventurous and innovative artists including major solo shows by both emerging and established artists and dynamic group exhibitions. They include those by Bridget Riley, Bruce Nauman, Anish Kapoor, Lee Bul, Andreas Gurksy, Tracey Emin, Jeremy Deller, Kader Attia and Matthew Barney, as well as influential group exhibitions such as Africa Remix, Light Show, Psycho Buildings and Space Shifters. Opened by Her Majesty, The Queen in July 1968, the gallery is one of the few remaining buildings of its style. The Brutalist building was designed by a group of young architects, including Dennis Crompton, Warren Chalk and Ron Herron and is named after Sir Isaac Hayward, a former leader of the London County Council. hayward.gallery 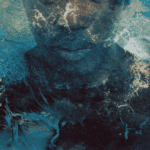