Water is something humans can’t live without. It hydrates us, keeps us healthy, and maintains our cleanliness. Our lives are made difficult when clean drinkable water isn’t available.

While we have this in the U.S. for the most part, there are areas where the water can be difficult to swallow, so to speak. These are regions that have hard water. 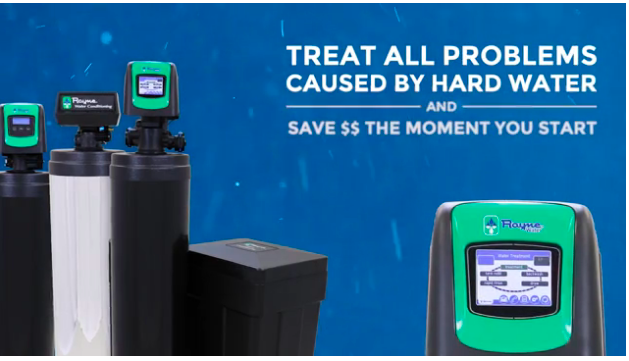 What is Hard Water?

Hard water has a high mineral content. This is normally found in areas where the liquid flows through deposits of limestone or gypsum. As the water moves through those layers they pick up minerals like calcium and magnesium. As a result, the water is a little hard to drink. When used for cleaning it can leave a film on surfaces, including one’s skin. Cities that are typically known for having extremely hard water include San Antonio, Austin, Phoenix, Las Vegas, Minneapolis, Indianapolis, and Tampa. However, much of the United States has harder water than is ideal. This is why it’s not uncommon to find a home with a water softener in Los Angeles or San Diego.

What Does a Water Softener Do?

The primary way to convert hard water is through softening agents. What comes out is water that is easier on the body, pipes, and clothing. Users of this process see the biggest positives when bathing. When too much calcium and magnesium are in the water, it leaves a filmy layer of soap on the skin’s surface. When this is removed and replaced with sodium, the result is skin that is metaphorically squeaky clean.

How Does a Water Softener Work?

A water softener is not installed at the kitchen sink like other purifiers. Instead, it’s located in the area where the main water line comes into the home. There, a plastic resin captures calcium and magnesium ions. Once attached, the resin releases sodium ions into the resulting liquid.

This doesn’t make the water salty. Instead, the process is used to fortify the water. When used in cleaning, sofer water binds better to soaps and detergents. In that way, it helps break down dirt and other elements.

Why Use a Water Softener?

In the kitchen, water will take longer to boil if not treated. Without a water softener, dishes will be dingy, and glasses streaked. Plus, more dish soap or detergent is required. The same goes for washing clothes. Hard water requires more detergent. Even then, clothes can look dingy once dried.

Then there’s the effect hard water has on the pipes and fixtures. The increased amount of calcium and magnesium will quickly erode them. In the end, it means additional costs to replace the equipment repeatedly.

Another reason to utilize a water softener is to protect the environment. When the amount of calcium and magnesium is too high, the water can’t be used. So, homeowners have to rely on bottled water to drink, cook, and clean. This means a large number of plastic bottles. While they can be recycled, some might end up in the regular garbage and a landfill. In the end, it can take 200 years or more for them to decompose.

How to Install a Water Softener

To avoid all of these disadvantages, it’s imperative those with hard water have a whole house softener installed. This is not something the homeowner should do. Rather, it’s better to hire a professional.

The prime reason for hiring somebody is to get it right the first time. DIY installation can result in equipment misplacement. The result will be water that still isn’t treated and extra costs to have it professionally installed.

The selection of a professional at the start can save money and time. The first thing they’ll do is survey the property and determine the main water line’s location. Once the installation is complete, they’ll be able to run tests to make sure the resin properly removes the calcium and magnesium ions.

In the end, water softening makes people’s lives much easier. It increases their health and cleanliness. Those two things alone can make someone feel much better about their world.