‘Suture’, the opening exhibition at Niru Ratnam Gallery, brings together the work of three artists, Kobby Adi, Lydia Blakeley and Jala Wahid. The exhibition is loosely structured around the notion of suture. This is firstly with reference to the joining together of a cut into skin. And secondly in the way the cultural theorists such as Stuart Hall have used the term to suggest the mechanism in which an individual identifies with a particular subject position or group identity. In this latter sense an individual is ‘sutured’ to a particular discourse at a particular moment in time, and identity becomes less a fixed position and more of a continuous ongoing process. 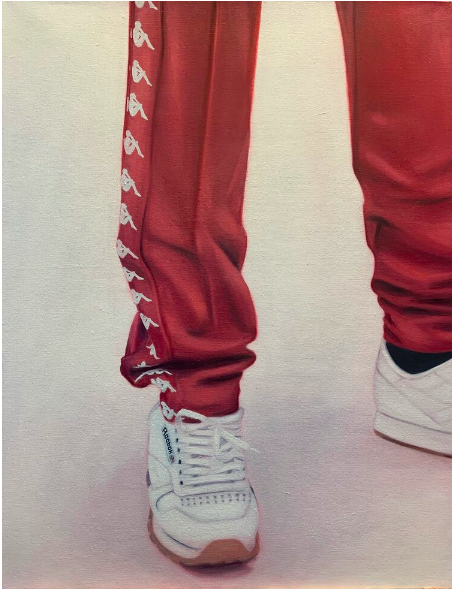 Underlying both uses of the word is a suppressed violence or the always present possibility of rupture, so that the statement an individual makes or subject position they occupy depends as much on negation or refusal as it does on affirmation. To choose one position as yours is to implicitly break with other positions. Subject positions always have a certain precariousness about them.

Kobby Adi makes objects that have a resistance or a difficulty at their core and his practice might be described as a subtle manipulation of signs and meanings. A stretcher for patients is transformed by taking it apart and encasing parts in shrink-wrap to make it unusable, a barrier rather than a refuge. In a number of recent wall-based works, the use of safety glass as a frame serves to distance the original found image beneath. A pair of fireman’s boots are frozen to the spot by the plastic tie between them and fragile bandaging around the lower part of each boot. Adi’s work nudges the viewer towards the concealed and overlooked parts of objects and through this perhaps suggests that whenever a dominant language of appearances is in place, that it ought to be interrogated.

Lydia Blakeley has made a number of paintings that cast an even gaze on aspects of British cultural identity. Her subjects range from drunk attendees at the horse-racing, leisurewear, the phenomenon of ‘lads’ through to the very British affection for animals and pet shows. As with the rest of her practice her approach to these particular subjects neither celebrates nor denigrates them, often using scale to bring the viewer into close proximity with the subject of the work, often slightly uncomfortably so. Yet her method is deliberately deadpan, paradoxically opening a distance between viewer and subject. Blakeley’s work reflects on the way that we increasingly navigate subject positions by affirming or liking discrete elements of a wildly heterogenous digital visual culture, constructing our public selves with a social media post or the re-circulation of a meme. She translates those fleeting moments of choosing, sharing and liking digital images into a meticulously painted image, freezing the throwaway of moment of identification and changing it into something that exists in perpetuity. 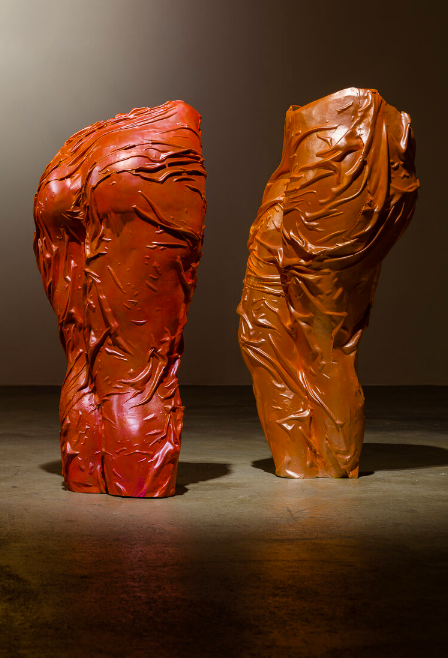 Jala Wahid makes sculptures, films, installation and texts that explore the ongoing processes by which an individual body can for a time become part of a collective identity. Specifically Wahid is concerned with how to articulate Kurdish identity in the face of longstanding oppression, erasure and assimilation. In a key strand of her work Wahid locates resistance in the female body, often presented as isolated body parts or parts of a torso. Her casts of women’s legs each draped in the folds of a dress are stopped mid-dance, a moment when the individual body evokes or seeks to be sutured to a common Kurdish identity With these works Wahid seems to suggest that a cultural identity can be evoked through shared rituals, movements and music that hail the individual into something greater than themselves and these moments are the basis for resistance to forces that try and erase specific cultural identities.

About Niru Ratnam –
‘Suture’ is the first show at Niru Ratnam Gallery, based in Soho, London. The gallery embraces a minority-majority perspective and focuses on the work of artists of colour and women artists. Niru Ratnam previously co-founded STORE and has been a Director at KO?NIG Galerie and Aicon Gallery. He has also worked for ArtReview as well at Arts Council England where he set up a positive action programme for curators of colour. He has written widely on art and also on issues such as postcolonialism and identity in relation to visual culture. 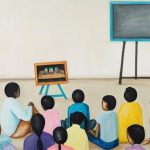