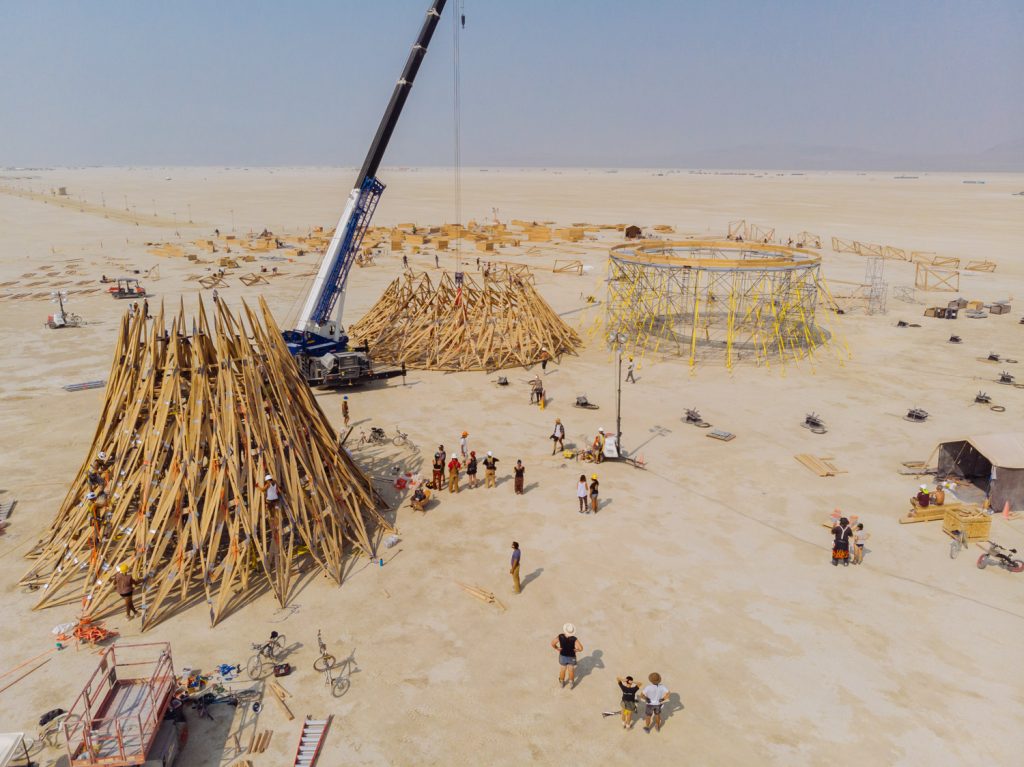 Created by award-winning director, Gerald Fox, this feature length documentary offers inspirational and awe-inspiring insight into the spectacular art at the centre of this magical, annual event. The documentary follows 6 prominent and dedicated artists who defy reason and do whatever it takes to bring their jaw-dropping installations to the unforgiving Nevada desert – this is an exclusive insight into the largest art gallery in the world for one week a year.

BURNING MAN: ART ON FIRE is an exciting and poignant documentary that brings to your screens the most avant-garde celebration of radical self-expression on the planet.

An inspirational insight into the spectacular art at the center of this annual celebration, BURNING MAN: ART ON FIRE follows the unpredictable journey of the artists who defy reason to bring their massive installations and sculptures to the punishing Nevada desert. Filmed just after Burning Man’s legendary founder suddenly died, the community of artists is challenged by impossible timing and blinding dust storms. This richly cinematic, multi- character narrative unfolds over months as they imagine, build and ultimately burn the extraordinary main structures in this temporary city of dreams…a poignant and uplifting feel-good movie. 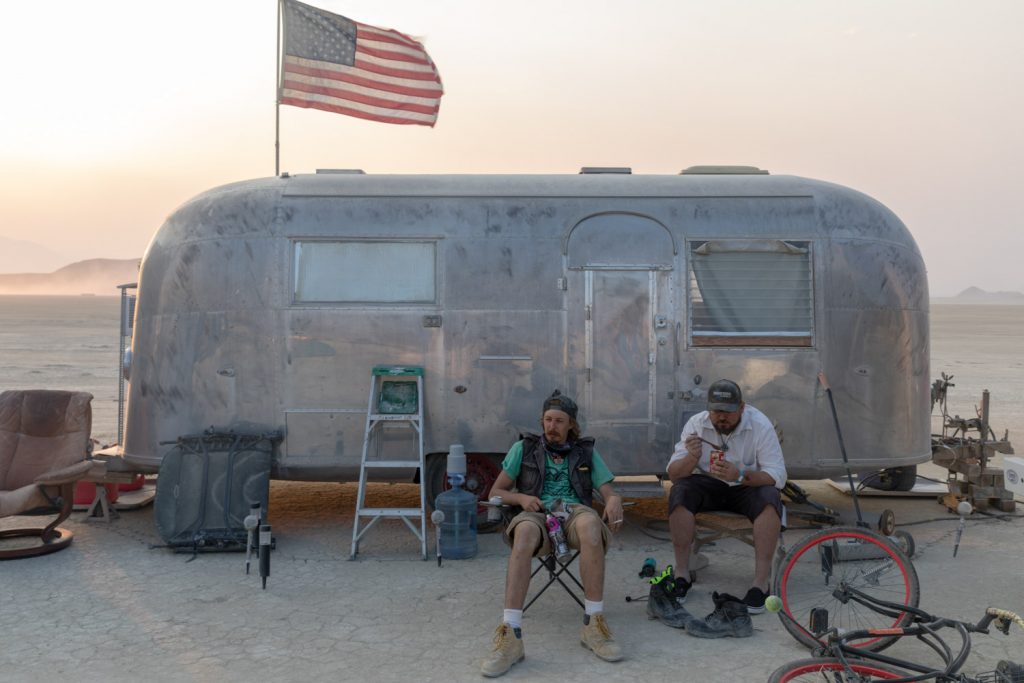 ABOUT THE FILM
The Burning Man event pops up in the barren Black Rock Desert, Nevada, for one week each August. 75,000 ‘Burners’ – young and old, hippie and techie, ascetic and luxuriant – all converge on seven square miles of arid landscape to create the craziest, wildest, most avant-garde celebration of radical self-expression on the planet. They express their creativity in the form of costumes, theme camps, art cars, and the largest array of large- scale participatory art in the world.

There’s no money, electricity, or running water; there are no trash cans or permanent structures. Participants bring everything they need to sleep, eat, survive, and celebrate in extreme desert conditions. They also bring costumes, gifts, music, and experiences to delight their fellow Burners – the ‘program’ is entirely comprised of creative activities provided by participants themselves. As this film will reveal, Burning Man has also become an international destination for big art, big ideas, and big experiences. There are over 400 pieces of large- scale sculpture to discover and appreciate. For one week a year Burning Man is the largest art gallery in the world. Then it’s all packed up, leaving not a trace.
Since the inception of Burning Man in 1986, more and more makers and artists, both professional and aspiring, have brought their most creative pieces to Black Rock City. They express their wildest ideas in the form of giant sculptures: great wooden towers, monumental human forms, computer-controlled light and sound installations, and many pieces that use fire as a medium. Anyone can bring art, so long as it is interactive in some way. Art is often built by collectives, or teams of volunteers who participate in crafting, installing, and funding. There is no curatorial judgement, no gallery or museum sponsorship, and nothing is for sale. The installations must be able to withstand brutal environmental conditions, up to 80mph winds, and extreme heat and cold temperatures. Some are deliberately burned as a final expression of the artists’ purpose.

Directed by BAFTA and Grierson award-winning arts film director, Gerald Fox, Burning Man: Art on Fire is a 90 minute feature-length documentary following the high-risk, unpredictable journeys of the major artists of the Burning Man as they build and deliver their monumental works in the wake of the passing of the inspirational founder, Larry Harvey. The main characters are London-based, French architect and visionary, Arthur Mamou- Mani, San Francisco-based Scottish Man-Base artist, Andrew Johnstone and longstanding American “Burner” artists, Kate Raudenbush, Dana Albany, Peter Hazel and Flash Hopkins. Shot in an intimate, handheld, fly- on-the-wall fashion, the narrative unfolds through the artists’ eyes and voices. They battle and eventually overcome insufficient resources, a hostile dusty environment, insane time pressures and sheer exhaustion. The film follows the extreme highs and lows of their journeys on the “playa” every step of the way until the fiery end, interweaving these different narratives in a free-flowing portrait of the energy, creativity and dynamism that goes into this annual celebration of art. 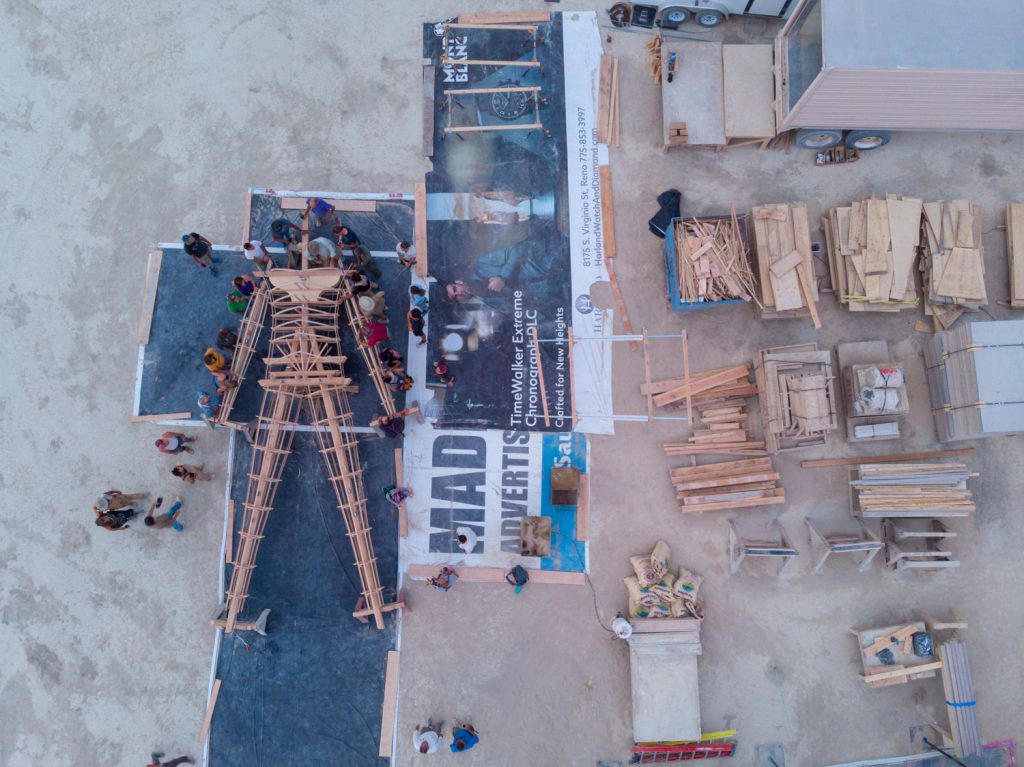 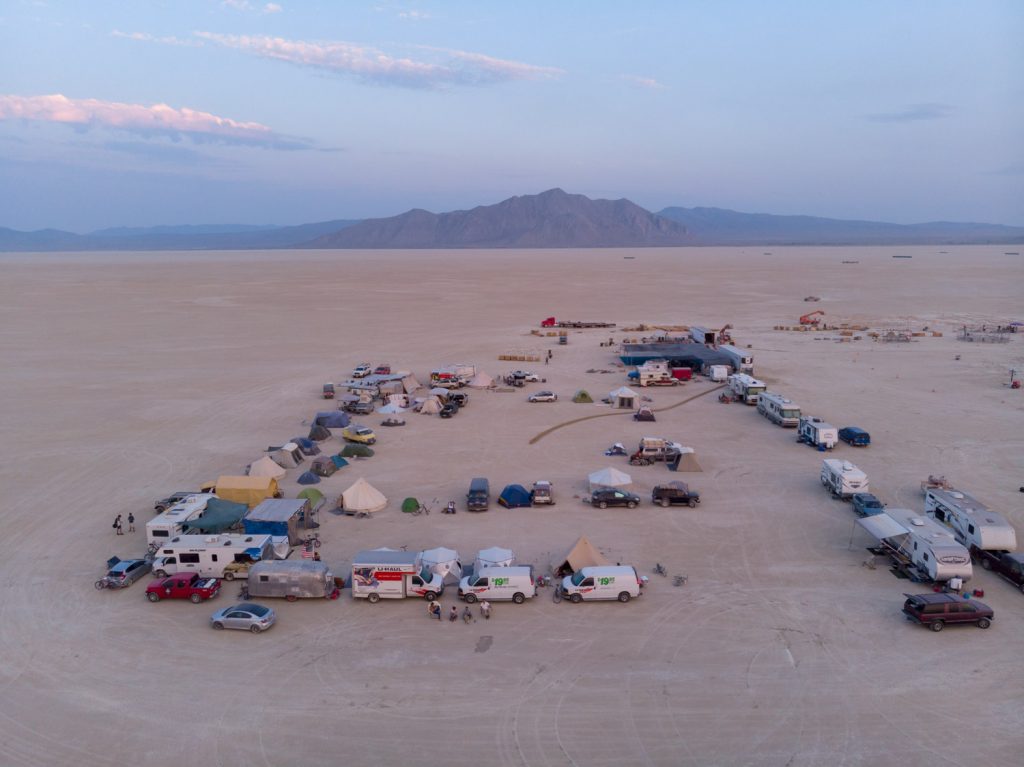 BURNING MAN: ART ON FIRE to be released on the 22nd August on worldwide TVOD platforms, including iTunes, Amazon Prime, GooglePlay and Vimeo on Demand. 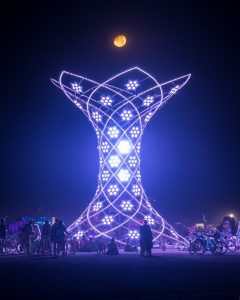 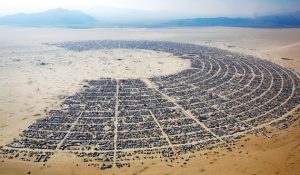 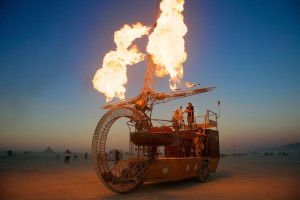 The Art Of Burning Man: Exhibition And Book.

The Art of Burning Man exhibition at Lights of Soho brings together iconic prints from photographer NK Guy, alongside the release of his critically anticipated book of the same name.