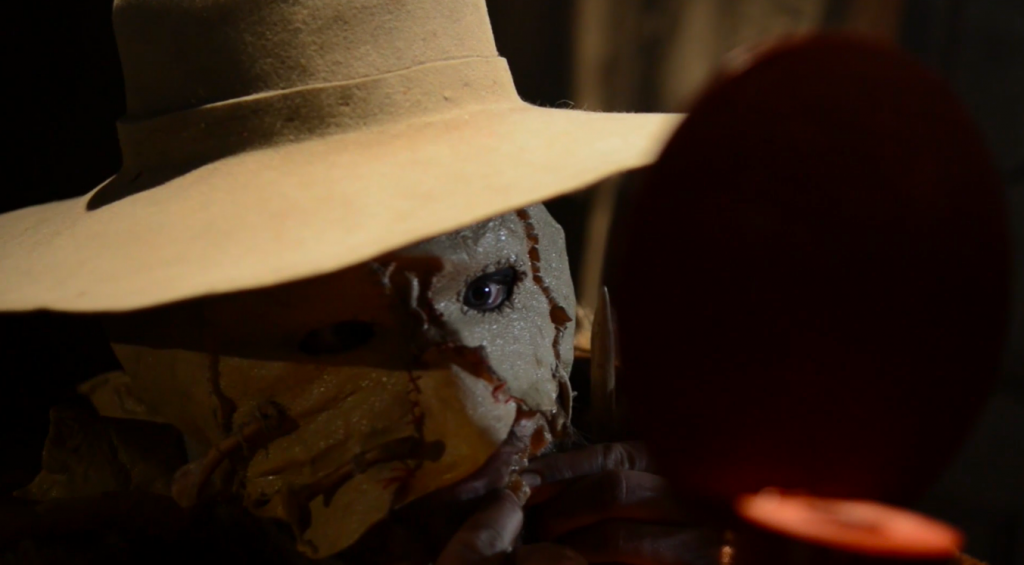 The narrative unfolds in a gloomy, nocturnal realm centring on an unnamed town, into which a stranger (Bibiana Beglau) arrives, accompanied by a deaf child. The child influences the actions and fates of the other characters like a puppeteer, eerily pulling invisible strings, steering the plot from within. Inflicting death out of sheer boredom and capriciousness, she symbolises mysterious malevolence, yet simultaneously acts as a retributive power, using the figure of the stranger as a medium for inflicting harm on other evil characters.

Bock’s characters recall the classic roles of the Western genre – a hero, a villain and (in the tortured figure of the priest, played by Frank Seppeler) something in-between. Yet as the plot develops and takes unexpected turns, these personae are invested with subtler shades of individualization and strangeness. Cinematic tropes are similarly redeployed and subverted: the classic Western moment of an injured person pulling a bullet from their flesh unravels into a frenetic ritual, acted out by a mad doctor in a hellish surgery.