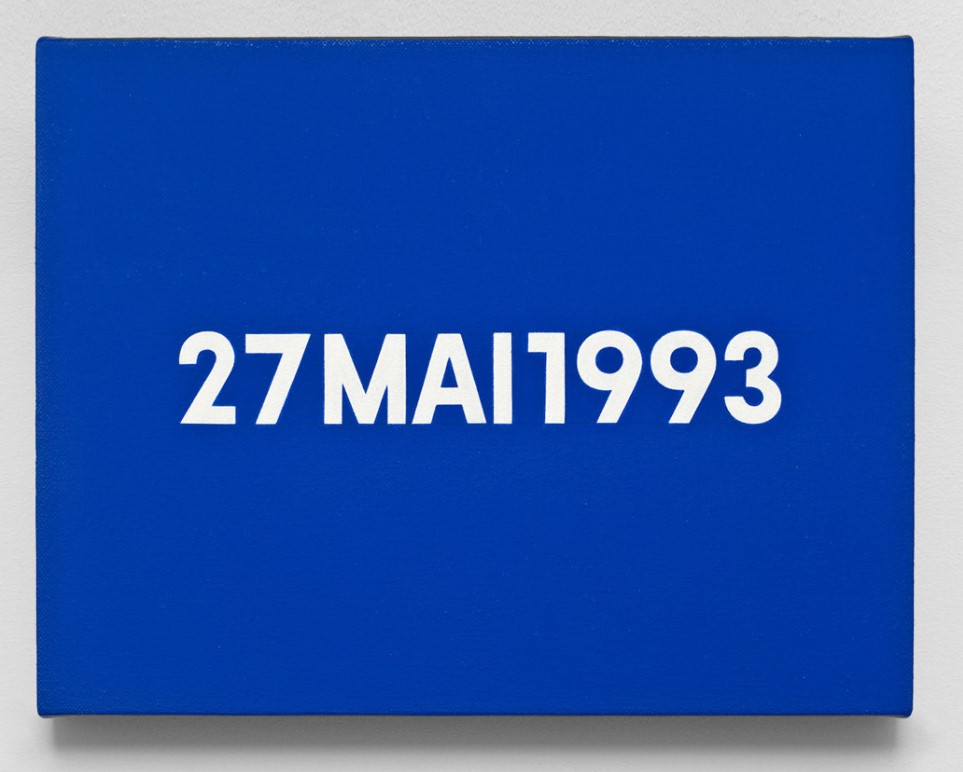 Everyone knows the ‘date paintings’ of On Kawara (1933-2014), collectively known as ‘Today’. 0r do they? Can you answer the following questions?

Are they all the same, apart from the date? Not really, though they’re all liquitex on canvas, and lettering is always in white. Kawara chose from eight different canvas sizes and three background colours – red / grey / blue – but the shades varied due to his mixing the colour fresh each time. And the language used for the month matches that of the location he painted in – he visited some 130 cities in the course of the series. It might be closer to say no two are alike. 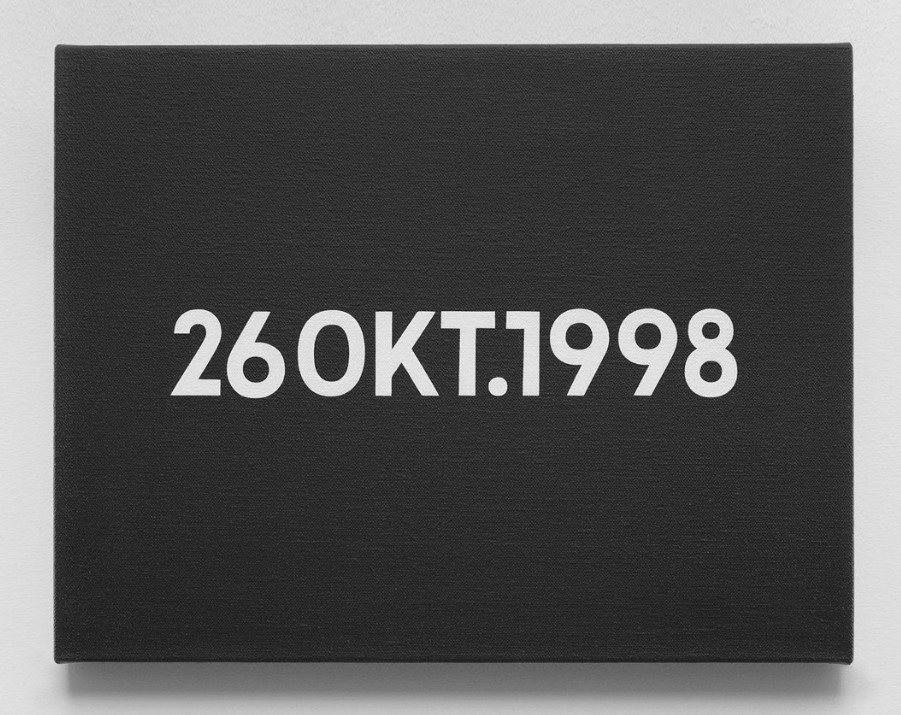 Always in the Roman alphabet, though? Yes, as Esperanto is used when the first language of a given country isn’t in a Roman alphabet. That may not be instantly obvious, given that the Esperanto abbreviations for the months are close to the English: jan, feb, mar, apr, maj, jun, jul, a?g, sep, okt, nov, dec. 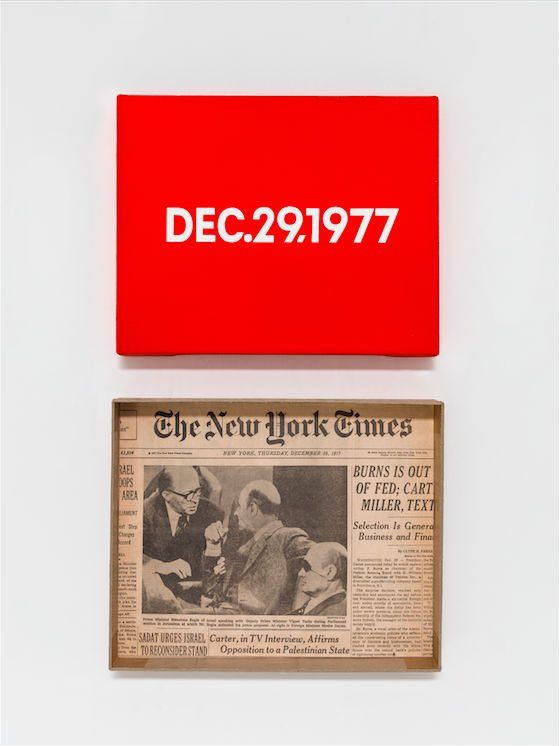 How long did he spend painting them? Each one took 4-7 hours, depending on size. Sounds slow, but four coats of paint are carefully applied, allowed to dry, and then rubbed down to make the ground. The came rough and fine brushes for the background; outline texts drawn with ruler and set square; several coats of white paint with tapered brushes to fill in the text; then the fine tuning. If Kawara failed to finish on the stipulated day – evidently possible – he scrapped that attempt and started again the next day. If he’d painted one every day, there would be 12,000. If we assume an average of 5.5 hours and a modest 20% failure rate, he spent some 20,000 hours painting them. Long enough to get the hang of it… 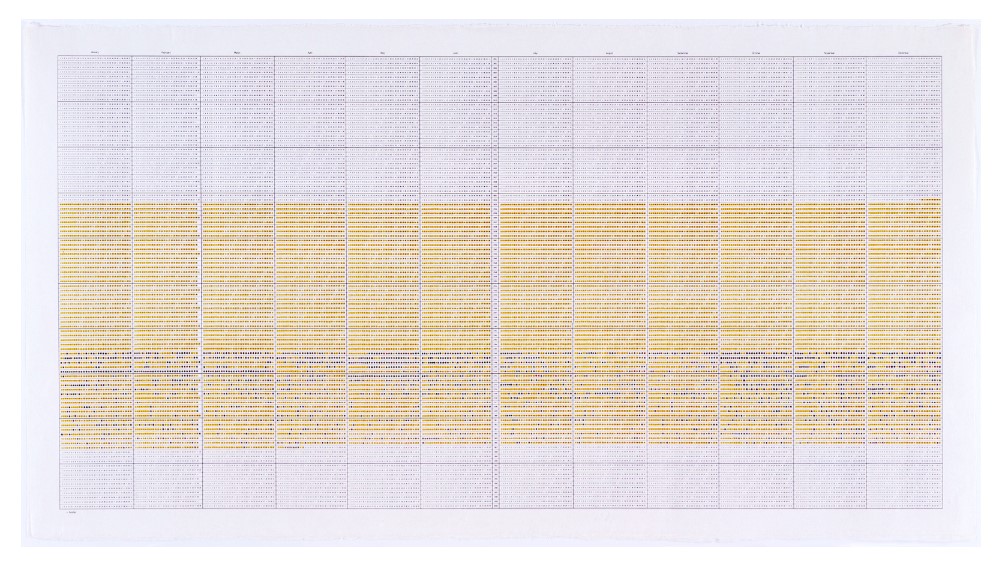 Are the paintings the whole process?  No: many are accompanied by a boxed newspaper from the day in question. Kawara also kept two records: a one hundred year diary marking off what he did on each day (above); and a chart recording the exact hue of each painting through swatches made at the time (below). 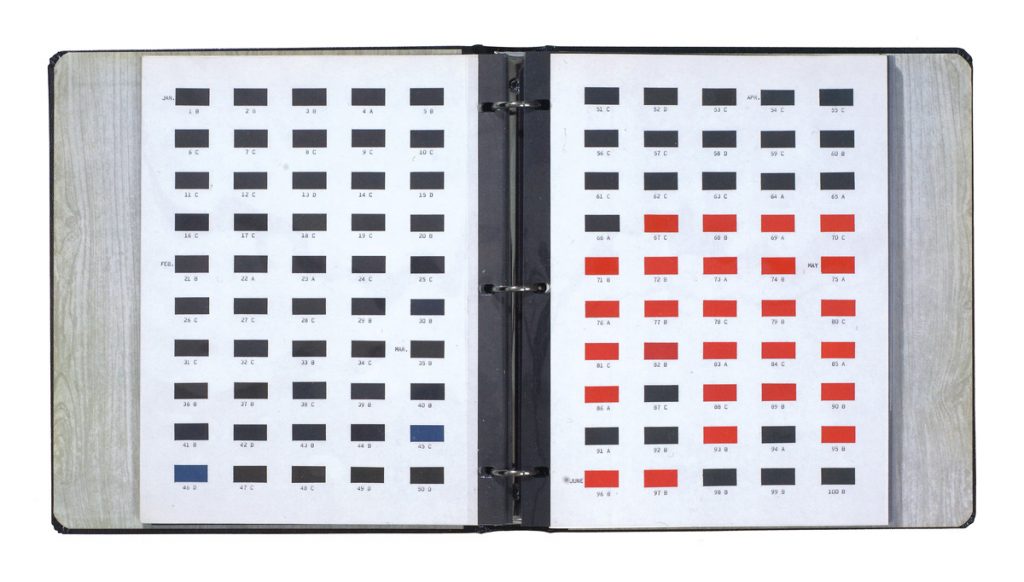 What’s the point? They’re existentialist meditations on existence which home in on the present as the only knowable reality in a world filled with doubt. And, objective as they look, they come out of Kawara’s personal circumstances – where he was , what was going on in the world – and depend on his long term commitment. 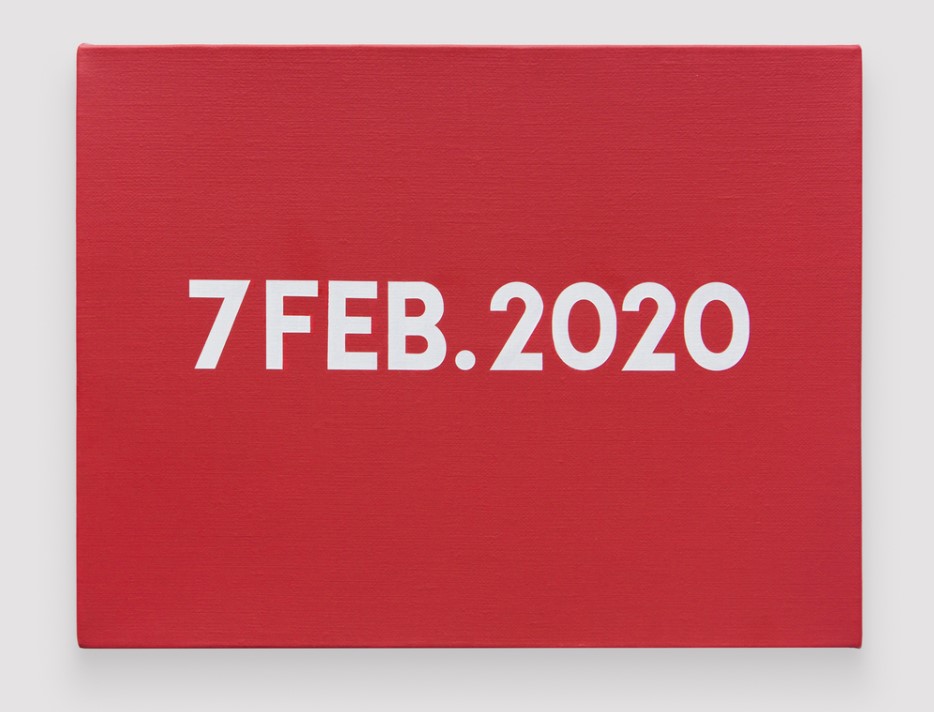 Isn’t that a bit steep? You could opt for a similar-looking work by Chinese painter Lu Pingyuan (above, not easily passed off as a fake). He started a series in homage in 2014, following a dream in which On  Kawara asked him to continue creation of the Today series. Around £3,000. 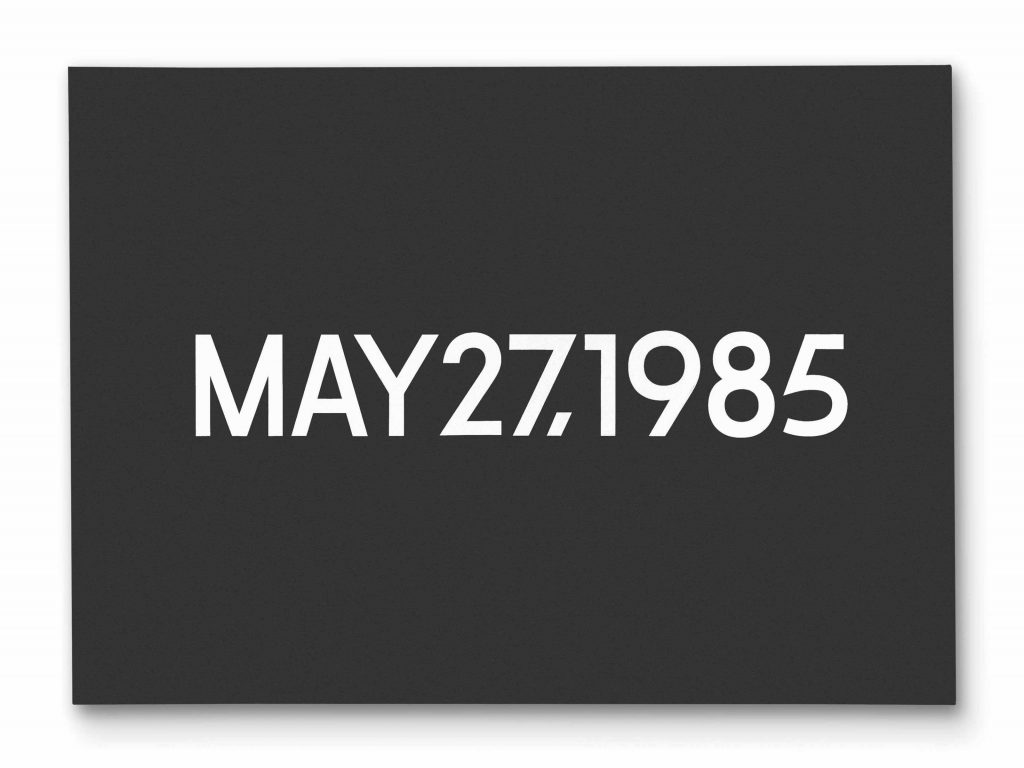