A new Artist Spotlight from Gagosian.

In this series Gagosian invite artists and writers to tell us about works of art, literature, film, or music that have influenced their work or are at the forefront of their minds today. Roe Ethridge shares the transportive powers of his playlist “Teenage Chemicals in 1985,” a soundtrack that began playing in those formative years and hasn’t stopped since. 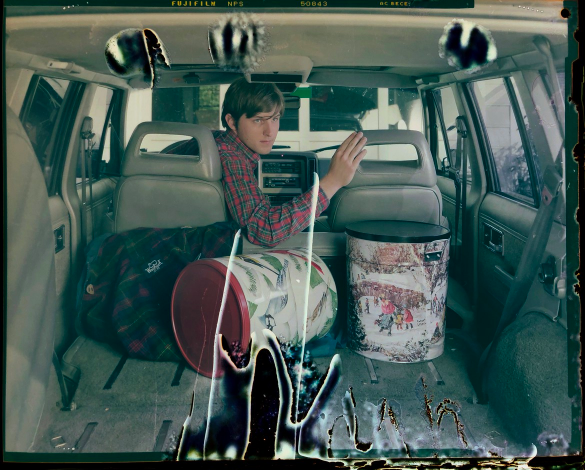 “All the tracks on the list below are ones I’ve listened to throughout the years. Still I’ll see snapshots of specific moments when I listen to them. I remember “South of Heaven” playing in a “borrowed” Mercedes Benz as we drove around North Florida in the middle of the night, trying to find a scary-ass abandoned house. “Love Vigilantes” always makes me flash on an image of pulling out of my neighborhood with that sense of optimism and melancholy that the song conveys.

At other times they’ll conjure more of a composite image. “Big Black Car”—or any song by Big Star—makes me think of Memphis, a kind of mix of William Eggleston’s photos of the city and the trips I’ve taken there. Sometimes a song will transport me to a specific feeling rather than an image. My Bloody Valentine makes me feel like I’m on something and my eyes are rolling back in my head.

I usually listen to whole albums rather than single tracks. I suggest that all the albums on the list should be listened to as well.”

In his photographs, Roe Ethridge uses the real to suggest—or disrupt—the ideal. Through commercial images of fashion models, products, and advertisements, as well as intimate moments from his own daily life, he subverts the residual authority of established artistic genres such as the still life or the portrait, merging them with the increasingly pervasive image culture of the present.
Experience a walkthrough of Roe’s exhibition, Old Fruit, which closed to the public about two weeks after opening in late-February: gagosian.com/roe-ethridge-old-fruit