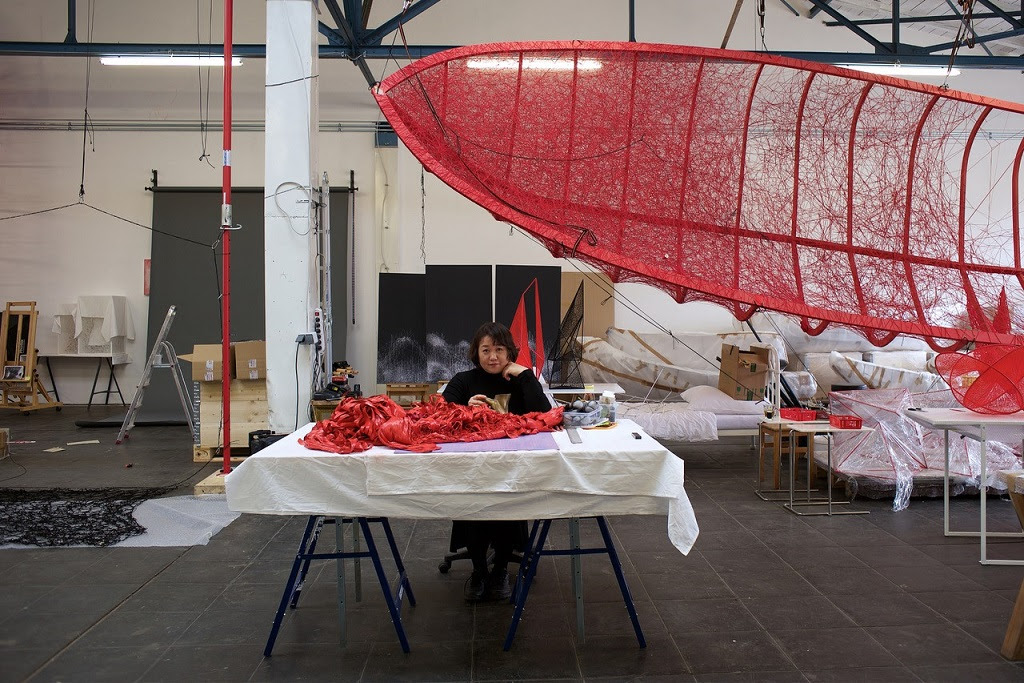 Koening Galerie have announced the representation of Chiharu Shiota, born in Osaka and based in Berlin, Shiota began using thread as her primary material in the early 2000s. For her, “using webs is something that allows me to explore breath and space like a line in a painting. If an artist’s job is to affect the viewer emotionally, the yarn that controls their heart sometimes resembles words that express a connection between people. The thread symbolises relationships using knotted, tangled, cut, tied, or stretched yarn.“

Shiota has redefined the concept of memory and consciousness by collecting ordinary objects such as shoes, keys, beds, chairs, and dresses, and engulfing them in these immense thread structures. She believes that “objects that surround us accumulate our memory” and thereby, these mundane objects reflect a human existence – an “existence in the absence”.

Shiota has managed to capture intangible emotions in her sculptures, drawings, performance videos, photographs and canvases for the past 25 years and will exhibit her first solo show at KÖNIG GALERIE in January 2021. 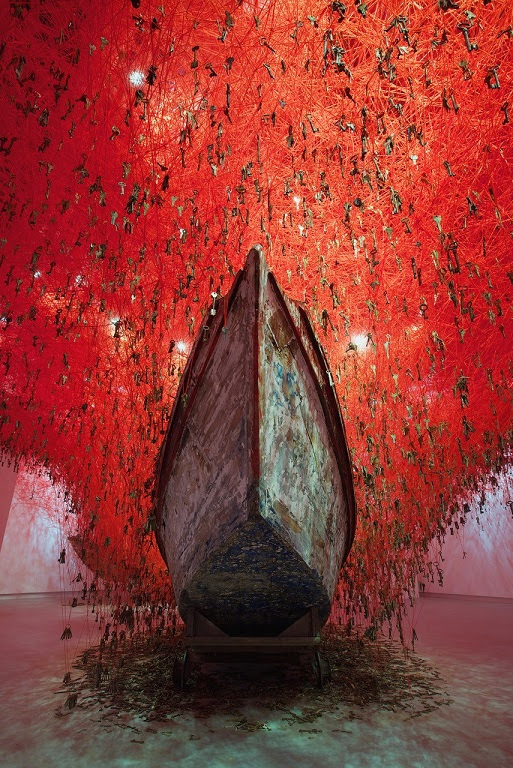 51 Art Highlights of 2016 Part Two
INTERVIEW: Chiharu Shiota: other side