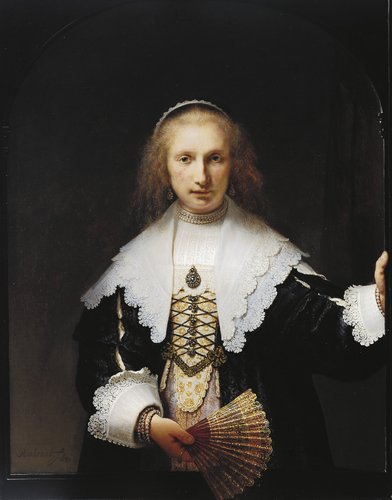 The Queen’s Gallery exhibition of art collected by George IV includes this: unusual for Rembrandt in its play with space such that the fan and left hand appear to intrude beyond the picture, usual in the conviction and empathy of the characterisation. As Prince Regent, George ran up debts equivalent to over £30m in today’s money, but it wasn’t all wasted. And if you’ve ever wondered what a partlet is – Agatha is wearing one over her shoulders. 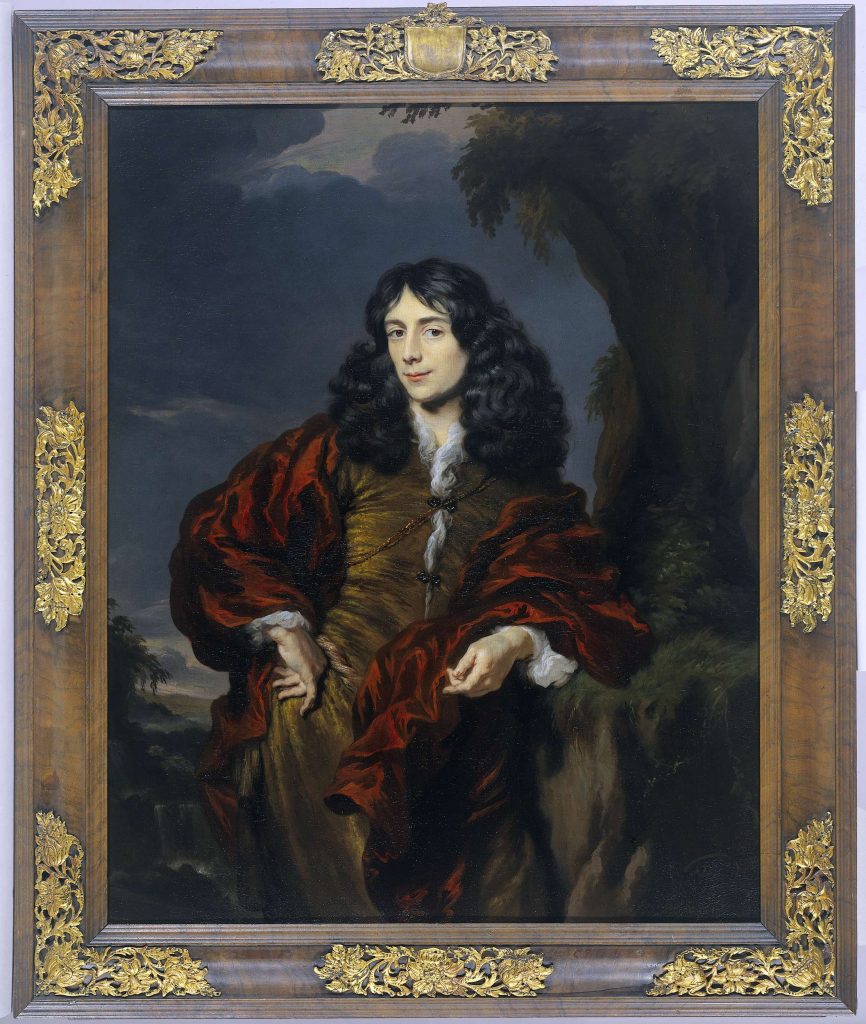 One of Rembrandt’s most successful pupils has a show at the National Gallery. Here he makes the most of the luxuriant hair which was a la mode for men at the time, combining it – anachronistically I suppose – with an imagined antique costume. The original frame (walnut veneer decorated with gilded tin floral ornaments) is also of note. 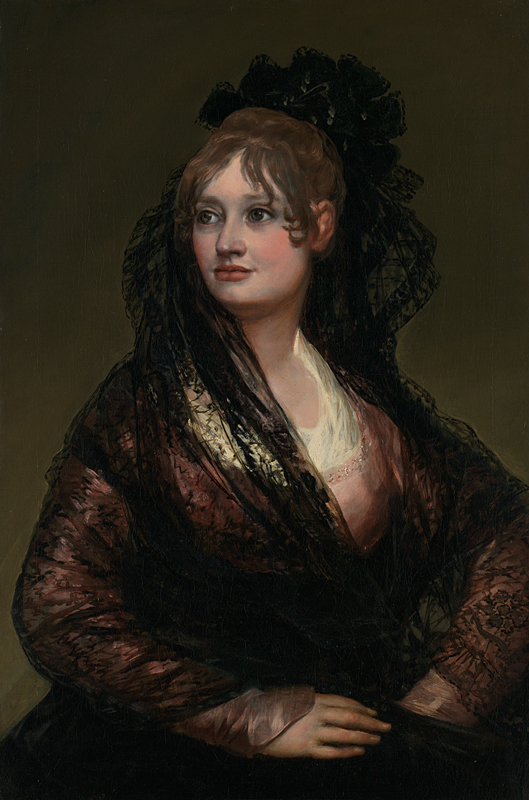 This is hanging in Room A of the National Gallery, effectively the reserve collection where scores of paintings are crowded in together. Not bad for a reserve, you might think, looking at how the black lace of her mantilla is handled. It’s probably down there because of doubts about its attribution.  But does that really diminish the bravura?