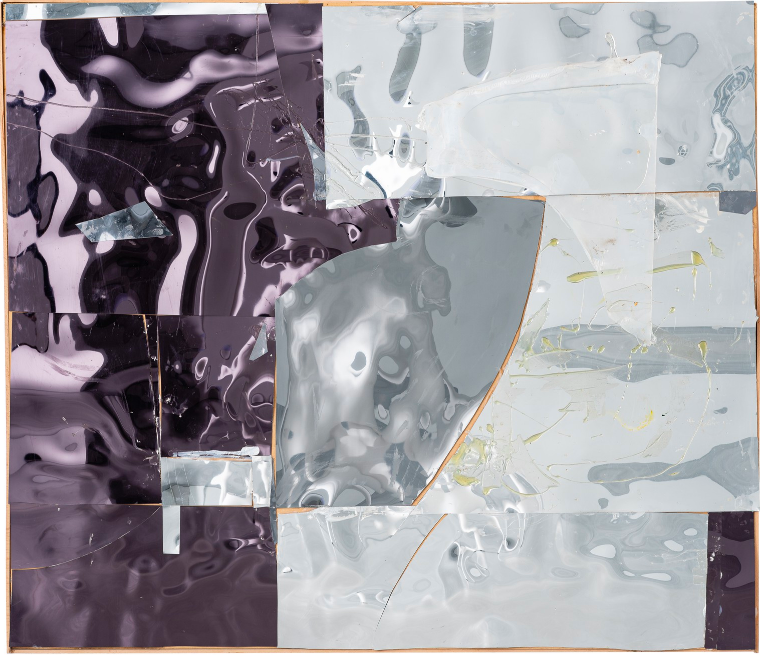 Gagosian is to present paintings and sculptures by Rudolf Polanszky dating from 2014 to 2019. This exhibition inaugurates his representation by the gallery.

An important contributor to the artistic landscape of Vienna, Polanszky makes cerebral multidisciplinary works that embrace chance occurrence. His fundamentally improvisational practice marries conceptual philosophies with varied modes of production, resulting in compositions that oscillate between dual identities as concrete objects and symbols of subjective perception.

Growing up in the immediate wake of the Viennese Actionist movement of the 1960s, Polanszky began his practice making satirical films, paintings, and performance art pieces that mischievously countered the Actionists’ graphic focus on living bodies in their own notorious performance works. To create his Sprungfedernzeichnungen (Coil Spring Drawings, 1983–85), for example, he bounced around a paper-covered room atop a large metal spring, wielding an elongated paintbrush in each hand, leaving behind painted and graphic traces of his uncontrolled motions.

In the early 1990s, Polanszky moved away from the legacy of Actionism, turning his attention instead to the formal potential of sculpture and mixed-media painting with the series Reconstructions (1991–). To make these shimmering, richly textured works, he uses salvaged industrial materials such as acrylic glass, aluminum, mirrored foil, resin, silicone, and wire, recombining them into purely aesthetic forms divorced from their original contexts. Polanszky often leaves his raw materials outside, letting the elements help determine the work’s final form. Taking improvisational cues from his father’s occupation as a jazz musician, Polanszky’s term for this process, “ad hoc synthesis,” reveals an enduring interest in combining conscious artistic strategy with the operation of random incident to generate new meaning.

The Reconstructions in this exhibition demonstrate the range of visual effects that Polanszky has been able to achieve through this idiosyncratic technique. In some works, he covers raw canvas with wrinkled aluminum, adding pools of resin and panes of transparent debris to produce a milky sheen that suggests both the impenetrable surface of machinery and the opalescent interior of a seashell. Polanszky also incorporates flecks of pigment and painted strips of linen into many of his compositions, further enlivening their intricate surfaces with accents of color.

This exhibition also marks the debut of the Dark Mirrors and Bright Mirrors—two paired subseries of the Reconstructions. In these works, mounted on wood, Polanszky juxtaposes smooth, undulating metallic forms with sharply angled shards of silver and purple mirrored foil, allowing the highly textural paintings to reflect light in unpredictable glimmers and flashes.
A fully illustrated catalogue with an essay by Francesco Stocchi and a conversation with the artist by Hans Ulrich Obrist will accompany the exhibition.