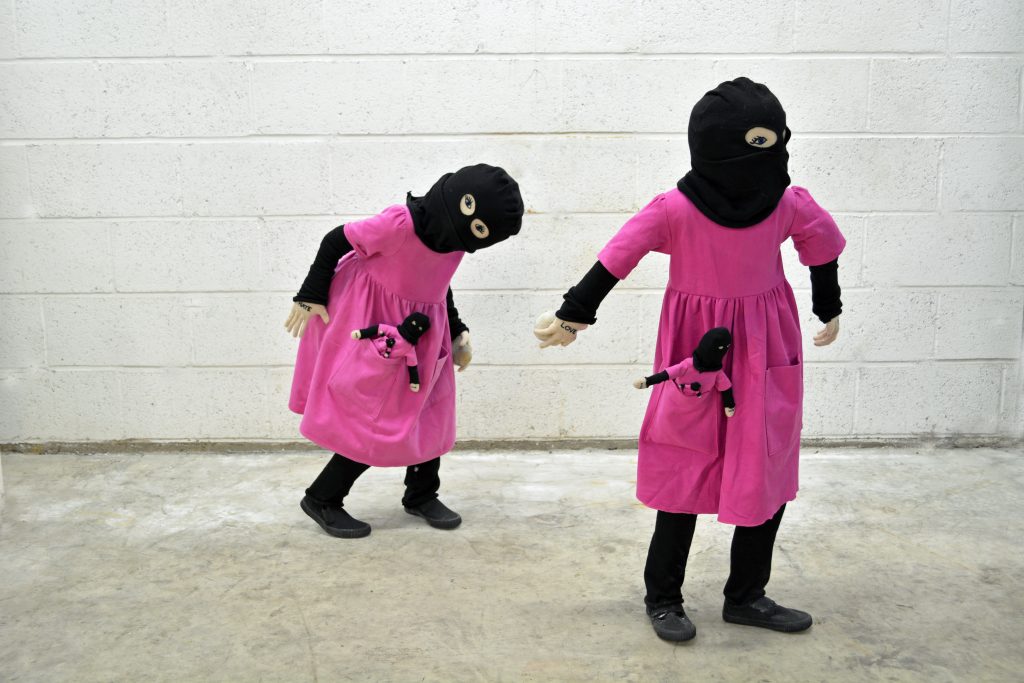 Household Name is a dynamic and timely contemporary art exhibition featuring seven Welsh and Wales-based women artists working in paint, sculpture, film, photography, text and performance. Ranging from internationally renowned practitioners to emerging artists, and all producing bold, innovative, exciting and engaging works, Household Name features direct responses to the title from questioning the political and the scientific, through to investigations of the domestic setting via witchcraft, gender identity and climate change. The exhibition will open at The Bomb Factory, London, and then travel to Elysium Gallery, Swansea.

To become a household name as an artist is for most, an unachievable feat, yet household names abound in society and suggest fame and notoriety. But what validates someone or something to become one? The majority of household-name artists are and always have been male, so Household Name seeks to redress not only this imbalance but also the inadequacies in gender representation in museums and galleries. Infamous cult leaders, human traces in the house,ideas of family members, the availability of the working parent to its offspring, gender norms and of being at the precipice of climate breakdown are just some of the themes scrutinised in Household Name.

Sculptor Laura Ford has exhibited extensively and has work at major institutions including TATE, V&A and National Museum Cardiff; Cherry Pickles teaches at the Royal Drawing School, London, and has also exhibited extensively, most recently with Coombs Contemporary and Kapil Jariwala; Zoe Gingell is director at Cardiff MADE which has been instrumental is propelling the careers of many Welsh and Wales-based early career artists whilst Zena Blackwell explores the anxiety-ridden role of the parent and won 1st Prize at Cardiff MADE Open in ’17 and this year 3rd prize at PS Mirabel’s ‘PAINT’ (Manchester). Fern Thomas currently has a Fellowship supported by The Freelands Foundation at g39, Cardiff, and is a 2019 Jerwood Bursary recipient; Adele Vye has won Welsh Artist of the Year and was awarded the John Brookes Memorial Prize for Fine Art; whilst Raji Salan won a BA travel award upon graduation and has exhibited in numerous exhibitions including the Jerwood Drawing Prize (twice) and most recently Galeri in Caernarfon.

Wales has demonstrated its ability to lead the World in myriad ways; the devolved Welsh government has introduced a host of legislation to benefit the environment and human health which have described as ‘World leading’ by the UN. Welsh artists also step up to this mantle, especially those in this exhibition. Wales, as a cultural destination, can sometimes be overlooked, but Household Name stands loud and proud, demanding attention.

Cardiff is home to the UK’s highest paying international art prize, Artes Mundi; The Freelands Fellowship has recently been introduced at g39 whilst a-n held an Assembly event here last year. Swansea hosts BEEP! Painting biennial which attracts artists from all of the World, while the rest of Wales has World-class galleries dotted around from Oriel Davies to MOSTYN, Chapter Arts to g39.

#Repost @hs_projects with @get_repost ??? We are delighted to share some wonderful images @thierry_bal of ‘Playing real pretend’ @laura_ford_sculpture #5howickplace @HS_projects – here ‘Frog’ and ‘Poodle’ from the ‘Keepers of the Wall’ series, 2016, a group of child-like animal figures, meticulously crafted, ‘playing real pretend’, the fantastical and witty world of children’s play. A storyline unfolds which, on one hand, draws on our imaginative world of childhood and, on the other, calls this perfect world fundamentally into question. These hybrid, anthropomorphic animal figures, never on a scale of one to one, always slightly larger or slightly smaller, possess a fantastical and witty quality along with a profound seriousness and depth. #lauraford #softsculpture #playingrealpretend #contemporaryartexhibition #thehumancondition #liveimagination #absurd #nonsensical #makebelieve #keepersoftheworld #thierrybal #hsprojects #victorialondon

Household Name is curated by Zena Blackwell who founded Contemporary Cymru in 2017. She was struck by the amount of World-class art being produced there that she had not encountered whilst living and working in London for almost 20 years, where she co-founded the acclaimed live music and multi-media event Club Mofo and completed her MFA at Central Saint Martins and BFA at Wimbledon College of Art. Contemporary Cymru seeks to champion and promote outstanding art made and shown in Wales to an
international audience. 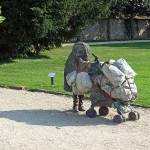 ART @CamdenCreate #2 Check out some Highlights

The creative community of Camden Town has united to create a 3 day festival in pop-up venues across Camden Town.