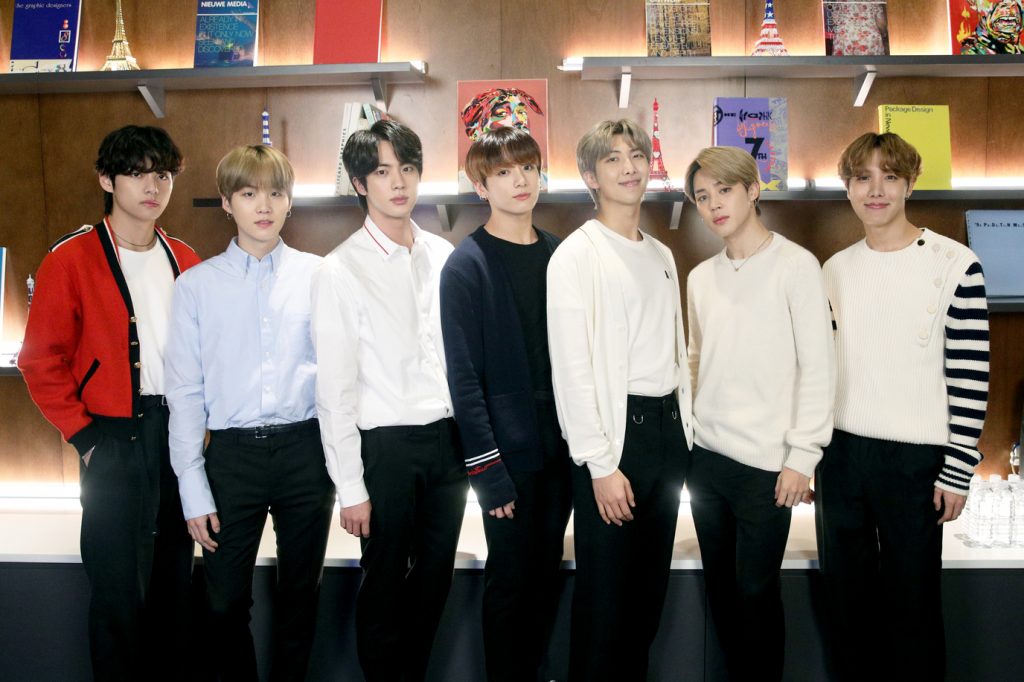 BTS, the pioneering global superstars from Korea, today introduce CONNECT, BTS, a series of major art projects to go on show over the coming months in five cities on four continents, open free to the public.

Curator and Art Director Daehyung Lee was sitting at a cafe in Venice during the biennale with Hans-Ulrich Obrist and a few other globally famous art curators bemoaning the fact that every couple of years all this great art was produced to basically talk to the same audience without hardly any breakthrough into the wider community.

What could be done to get these artist’s messages across to the bigger community that existed outside of the contemporary art world – Why not use the platform of the biggest global boy band (BTS) to promote a select group of artists (22) across five cities and four continents- thus was born CONNECT, BTS 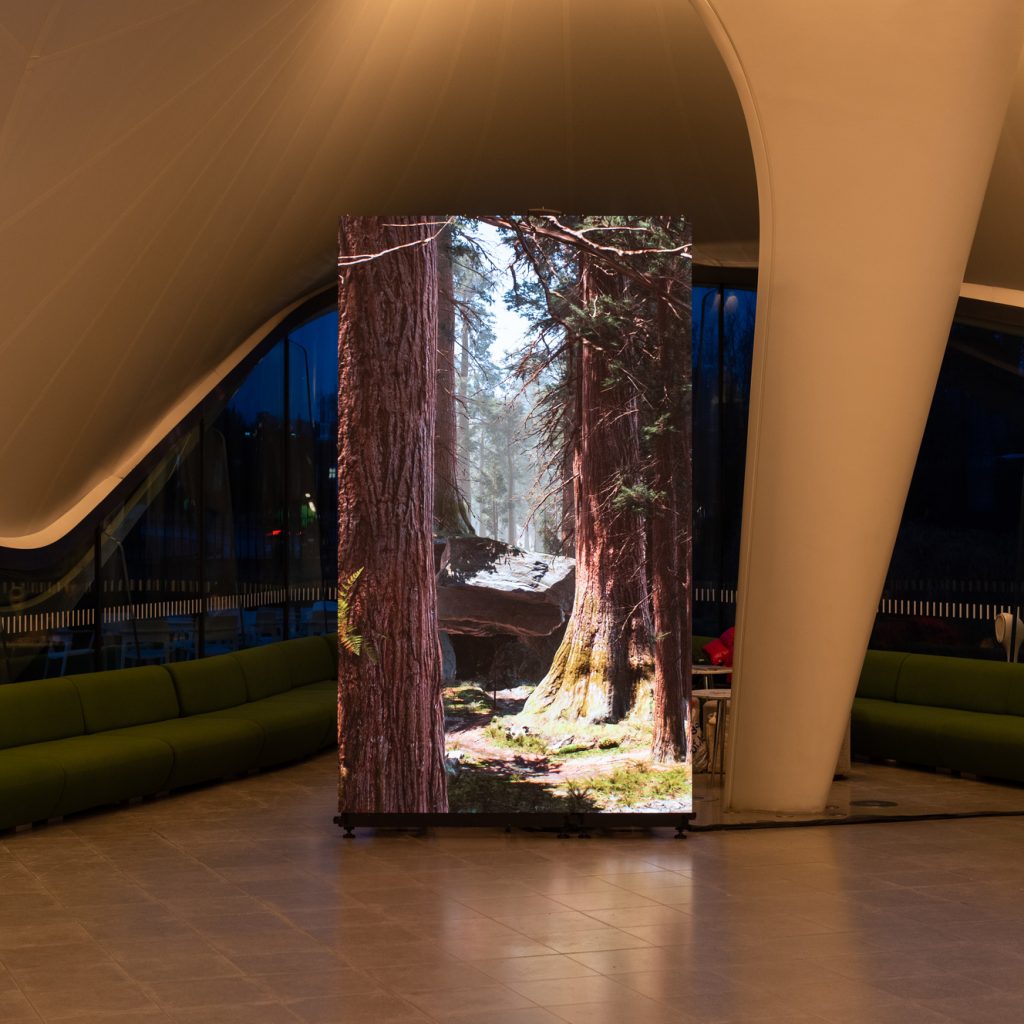 In London, the Serpentine Galleries will present Catharsis, a new work by Jakob Kudsk Steensen, immersing audiences in a digital simulation of a re-imagined old-growth forest. Set up as a single continuous shot that moves from the watery underground roots to the viewpoint of the canopy, sunlight, wind, moving leaves and water all follow individual timelines and speeds, resulting in a simulated landscape where time takes new forms. This audio-visual work can be experienced at the Serpentine and anywhere around the world via a dedicated website catharsis.live. Now – 15th March 2020. 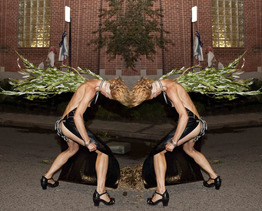 Gropius Bau in Berlin will present Rituals of Care, a series of performance works by over 17 international artists including Jelili Atiku, boychild with Josh Johnson and Total Freedom, Cevdet Erek, Marcelo Evelin, Bill Fontana, Maria Hassabi, Mette Ingvartsen with Will Guthrie, Baba Murah and Candomblé Berlin, Antonija Livingstone and Nadia Lauro with Mich Cota, Kennis Hawkins and Stephen Thompson, among others. Curated by Stephanie Rosenthal and Noémie Solomon, the performance programme spans through experimental choreography, healing practices, sonic environments, moving landscapes, and collective gatherings. Together, these interdisciplinary works and practices explore the necessary conditions for coming together and tending to environments, to physical and spiritual worlds and to other beings. Now – 2nd February 2020. 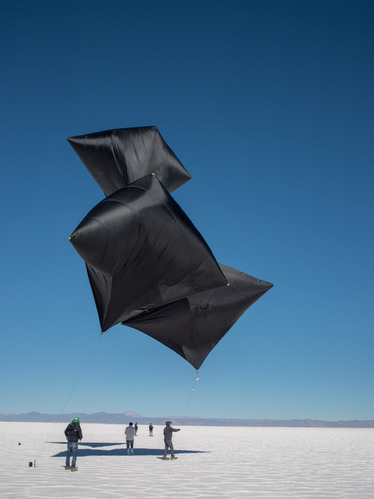 The Argentinian artist Tomás Saraceno will present Fly with Aerocene Pacha. For the first time in history, a human being will float into the sky powered only by the sun and the air we breathe, without fossil fuels, solar panels, batteries or helium. A synthesis of art, science and environmental activism, Aerocene Pacha will launch in Salinas Grandes, Argentina’s great salt lake. This work also stands in solidarity with the indigenous communities there, whose land has been despoiled by lithium mining. This ambitious project will set several world records for fully solar, human free flight. Fly with Aerocene Pacha on Instagram and online. The resulting film will be shown in Buenos Aires until 22 March. 21 January – 22 March 2020. 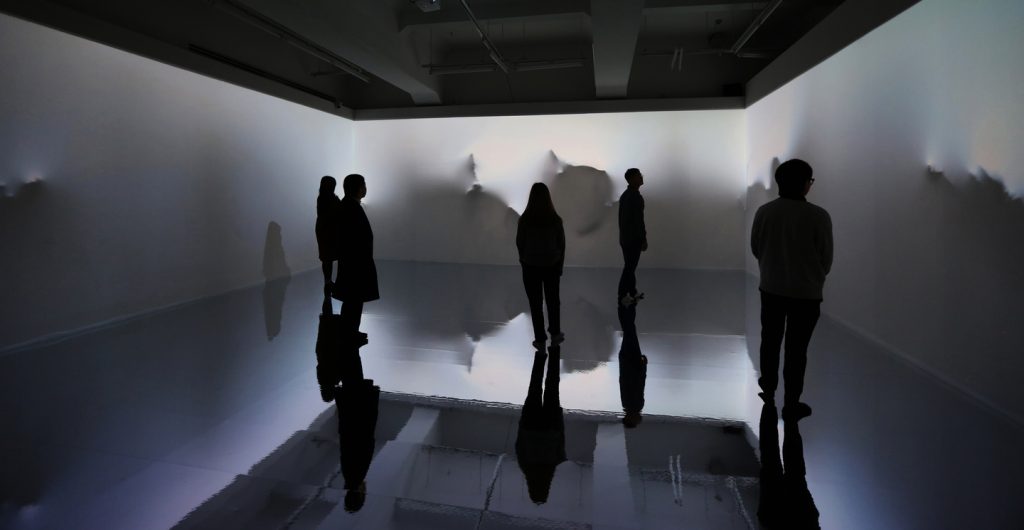 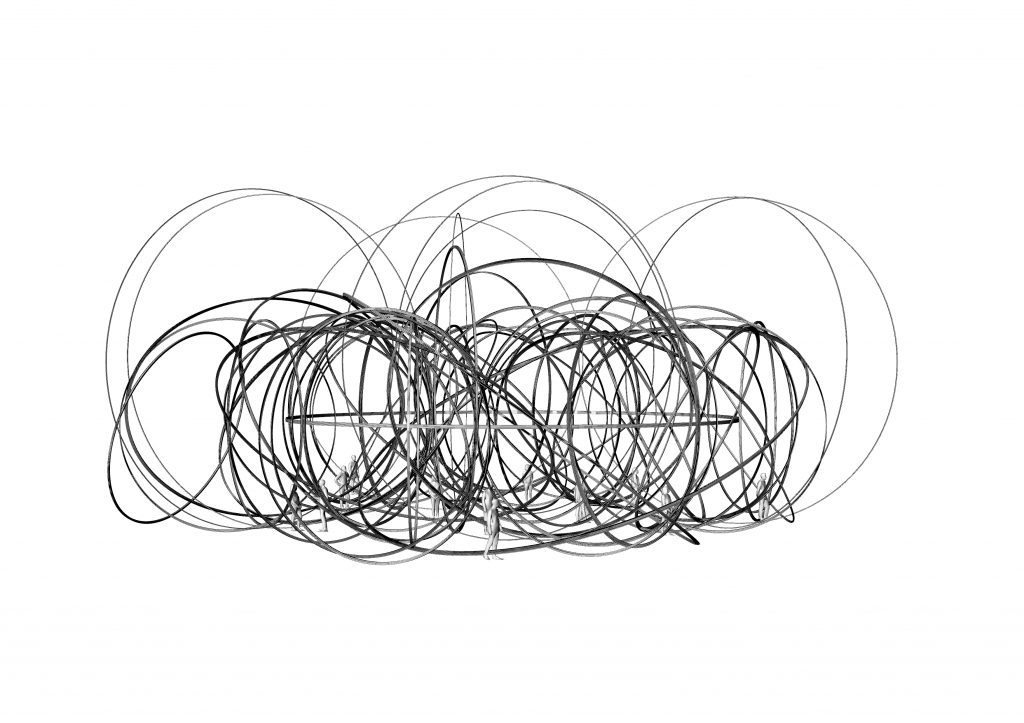 New York’s Brooklyn Bridge Park Pier 3 will be the site of the creation of a vast ‘drawing in space’ by internationally acclaimed British artist Antony Gormley. New York Clearing (2020) is a single line made up of 18 kilometres of square aluminium tubing that loops and coils without beginning or end, turning itself into an environment for the viewer that counters the grid of modernism and the city with swooping lines of energy. 4 February – 27 March 2020.

CONNECT, BTS has been developed by a group of international curators under the artistic direction of independent Korean curator, Daehyung Lee:

“It is a great honour to participate in CONNECT, BTS with such renowned artists and curators from all over the world,” said BTS. The band further added, “We speak different languages and come from multiple cultural backgrounds and have lived through unique life experiences. Contemporary art and music are also two different worlds. This project is especially meaningful to us because it truly represents diversity and creates a collective, positive message for the world that we value. Through this project, we hope to return the great amount of love and support from our fans, ARMY, and all audiences.”

“The projects and contemporary artists assembled for CONNECT, BTS offer diverse responses to the world around us. With such a powerful message and direction they have taken, BTS has become a global group worth noting among global contemporary artists. BTS’ philosophy in the form of support for diversity, and love and care for the periphery is an important motif of the project. The significance of art, whether it consists of sound, sculpture, photography or another medium, is its innate potential to forge a relationship between artist, viewer, the immediate environment, and the atmosphere which encircles and extends far beyond. This project will encourage appreciation of diversities and establish ground for great new synergies to be born.”

Audiences visiting the exhibitions will be able to access special artwork introduction videos recorded by BTS. These clips can be accessed via the CONNECT, BTS official website by clicking on “Secret Docent”.

Antony Gormley (b.1950, England)
Antony Gormley is widely acclaimed for his sculptures, installations and public artworks that investigate the relationship of the human body to space. His work has developed the potential opened up by sculpture since the 1960s through a critical engagement with both his own body and those of others in a way that confronts fundamental questions of where human beings stand in relation to nature and the cosmos. Gormley continually tries to identify the space of art as a place of becoming in which new behaviours, thoughts and feelings can arise.

Ann Veronica Janssens (b.1956, UK/Brussels)
Ann Veronica Janssens explores the sensory experience of reality, suggesting that all perception is fragile at best. By investigating the properties of space, light, radiant colour, and translucent or reflective surfaces, Janssens destabilizes and disrupts ideas about materiality.

CONNECT, BTS is an international initiative developed in collaboration with curators from five major cities—London, Berlin, New York, Buenos Aires, and Seoul. The ultimate goal of the project is to connect individuals across the world as they reevaluate their present circumstances, attitudes, and potentialities. By allying themselves with contemporary artists, BTS is creating the opportunity for a fruitful and democratic cross-pollination between the worlds of rarefied visual art and pop music, thereby promoting more innovative and effective approaches to social justice and well-being. 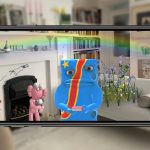 Acute Art & Dazed Media launched London’s biggest public festival of AR art ever titled ‘Unreal City’ in December last year.  The festival of AR art is now available to view and interact with from inside your home for one-month only