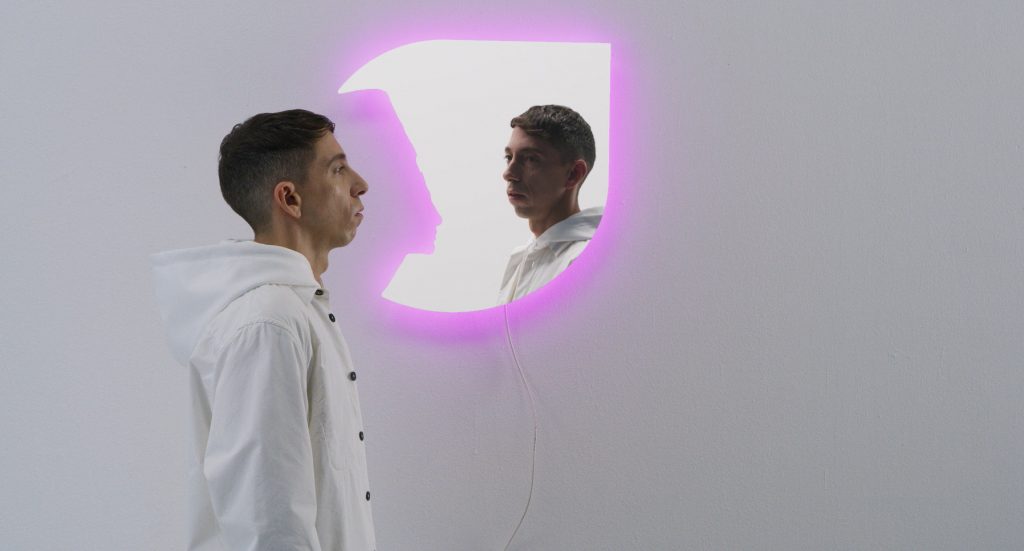 In a worldwide preview, YOOX presents Ultragender, 2019, a project conceived exclusively for YOOX by artist Patrick Tuttofuoco (Milan, 1974). A series of twenty limited-edition artworks, each accompanied by its own certificate of authenticity, signed and numbered by the artist are on YOOX’s Design+Art area, curated by Beatrice Trussardi. 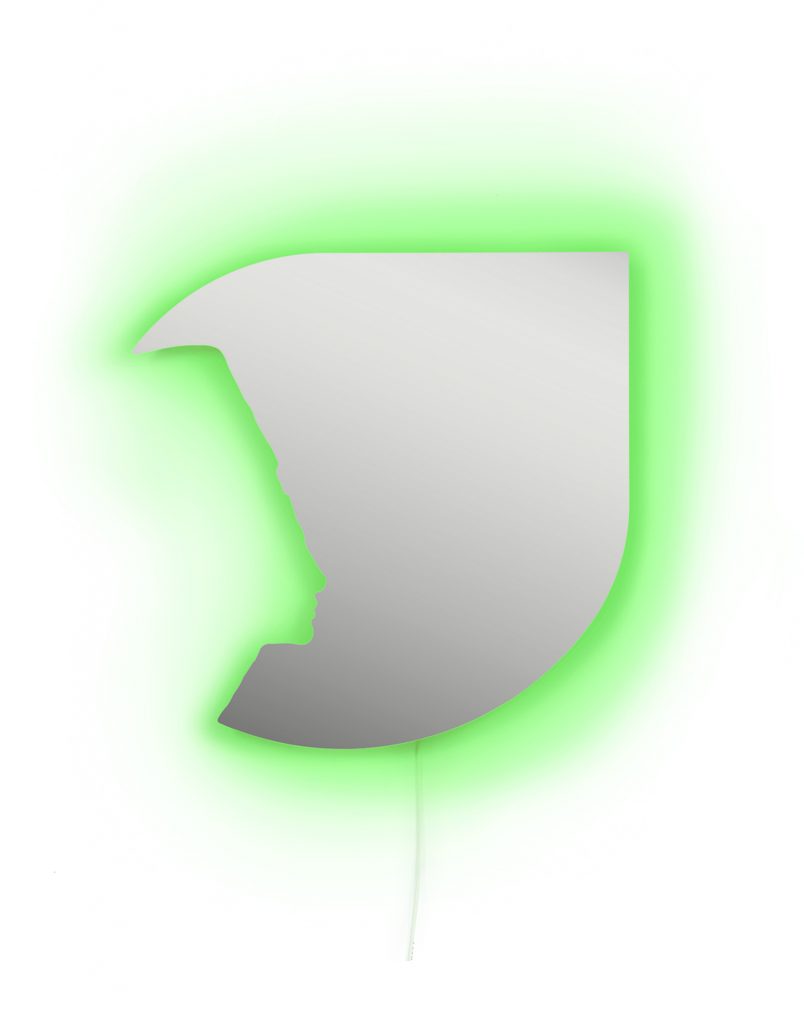 The artwork created by Patrick Tuttofuoco exclusively for YOOX embodies the most relevant aspects of the artist’s research, which aims to find a balance between the aesthetics of materials, shapes and light and the ability of individuals to transform their environment. Through the synthesis between the profile of the Egyptian queen Nefertiti and the male symbol (a circle with an arrow pointing diagonally upwards), Ultragender, 2019 explores and narrates themes related to the human identity. Tuttofuoco thus conceives a new form for YOOX, defying and overcoming the concept of genre. The mirror-polished metal of Ultragender, 2019 symbolically connects the artwork and those who stand in front of it: the union between feminine and masculine, alongside the identity of the individual reflected on the surface of the artwork, is amplified and elevated to a symbolic level by the changing aura of the LED light which, migrating between the chromatic frequencies, floods with light the space of everyday life. 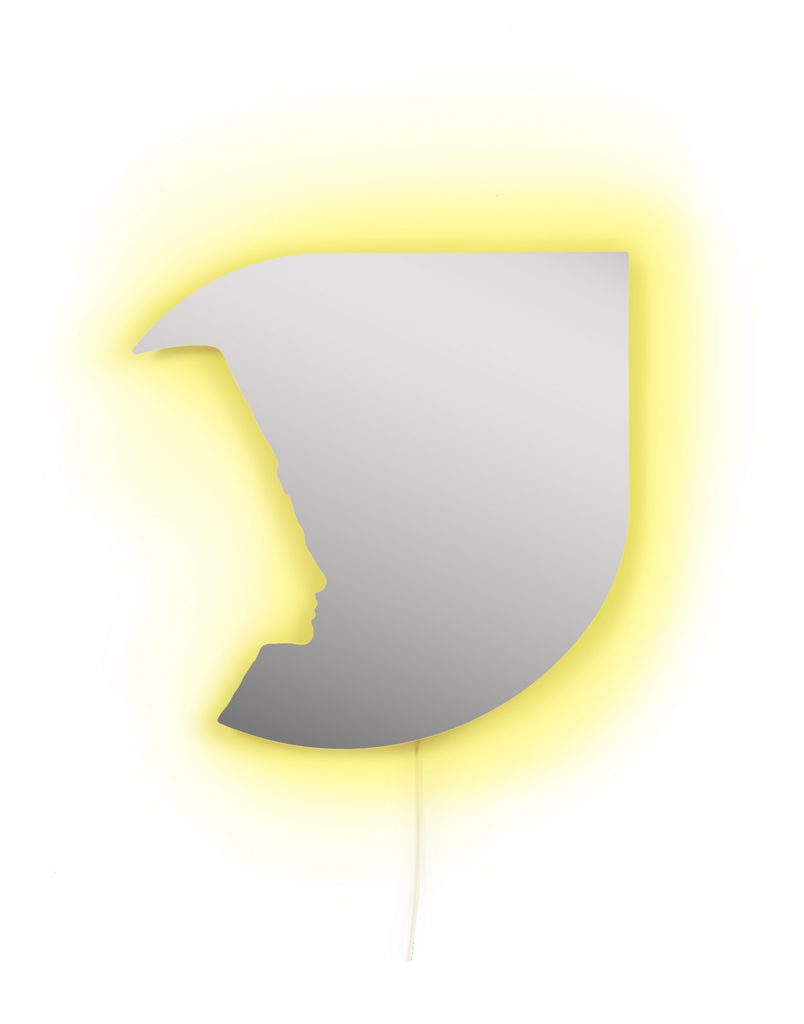 Ultragender, 2019, responds to a specific poetic desire of the artist: that of creating for every single individual a unique installation, which merges the artwork with the person reflected on its surface, portraying his/her interaction with the environment, surrounded by light and colour.

” Art – underlines Patrick Tuttofuoco – he has the duty to ask worthy questions about the world around us, questions that are capable of generating thoughts which can stimulate the evolution of society. My practice has always been focused on the principle of transformation and on interpersonal relationships, which over time have become the raw material of my work. In an epoch of transition, in which the questions on identity are completely open, I increasingly feel the need to confront the idea of reconstructing the image of the human being, to go beyond limits and barriers imposed on the evolution of the Self and its acceptance. “ 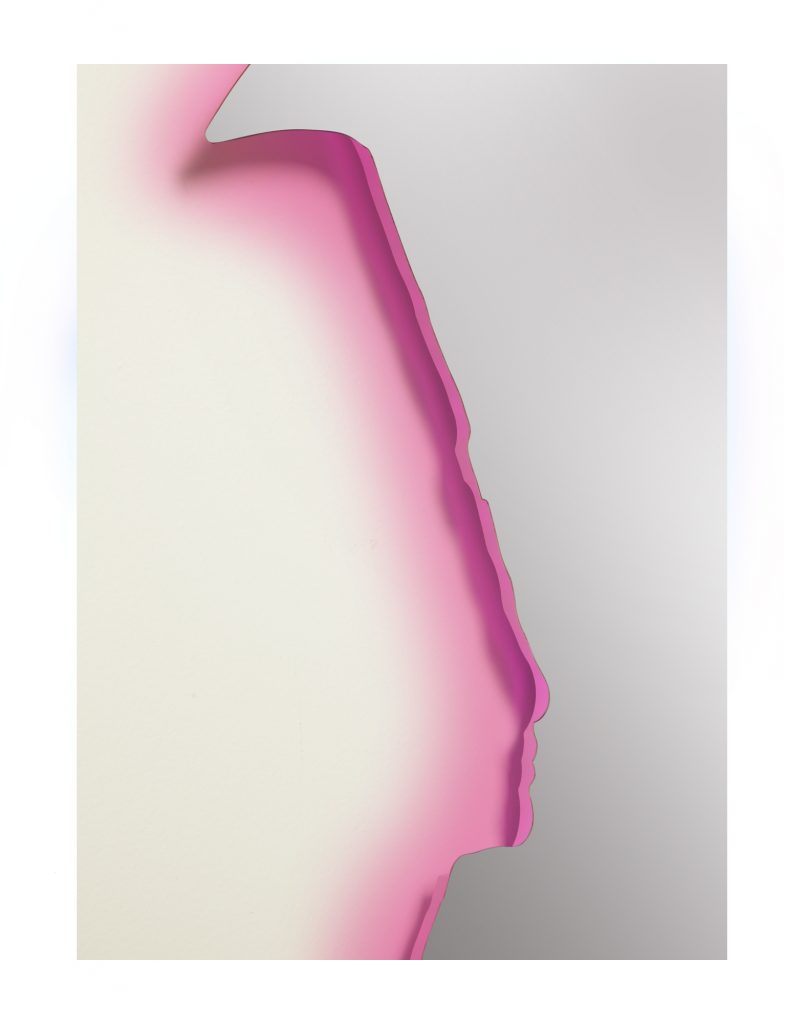 The project comes as a second chapter of the collaboration between YOOX and Patrick Tuttofuoco – who was amongst the protagonists of the “Dressing Ourselves” exhibition organized by YOOX and the Triennale di Milano in 2005 – Patrick Tuttofuoco x YOOX. Ultragender, 2019 is also the second exclusive project conceived for YOOX by Beatrice Trussardi, curator of the Design + Art area from May 2018.

“With the artwork created for YOOX, Patrick Tuttofuoco delicately presents one of today’s most significant themes. In Ultragender, 2019, the fluidity and the overcoming of boundaries linked to gender, the removal of stereotypes, labels and categories, are treated through pop shapes and colours, in the attempt to shed light on the identity of the individual, on his essence and not on his appearance.”

About The Artist
Born in Milan in 1974, Patrick Tuttofuoco’s practice is conceived as a dialogue between individuals and their ability to transform the environment they inhabit, by exploring notions of community and social integration in order to combine immediate sensorial allure with the power to trigger profound theoretical responses. Tuttofuoco melds Modernism and Pop; he presses figuration into abstraction, using man as the paradigm of existence, as the matrix and measuring unit of reality. From this interpretative and cognitive process, infinite versions of man and the context of his existence are produced, from which shapes able to animate the sculptures are generated.

Patrick Tuttofuoco participated in the 50th Venice Biennale (2003), Manifesta 5 (2004), the 6th Shanghai Biennale (2006) and the 10th Havana Biennal (2009). His works has been exhibited in several institutions such as Fondazione Sandretto Re Rebaudengo, Turin (2006), the Künstlerhaus Bethanien, Berlin (2008) and Casa Italia, Pyeongchang (2018). In 2017 it was selected by the Italian Council announcement with the ZERO project presented in Rimini, Berlin and Bologna (2018). Patrick Tuttofuoco lives and works in Milan.