Art critic Tabish Khan brings you ‘The Top Art Exhibitions to see in London’. Each one comes with a concise review to help you decide whether it’s for you. All of last week’s top 5 are still open to visit as well: 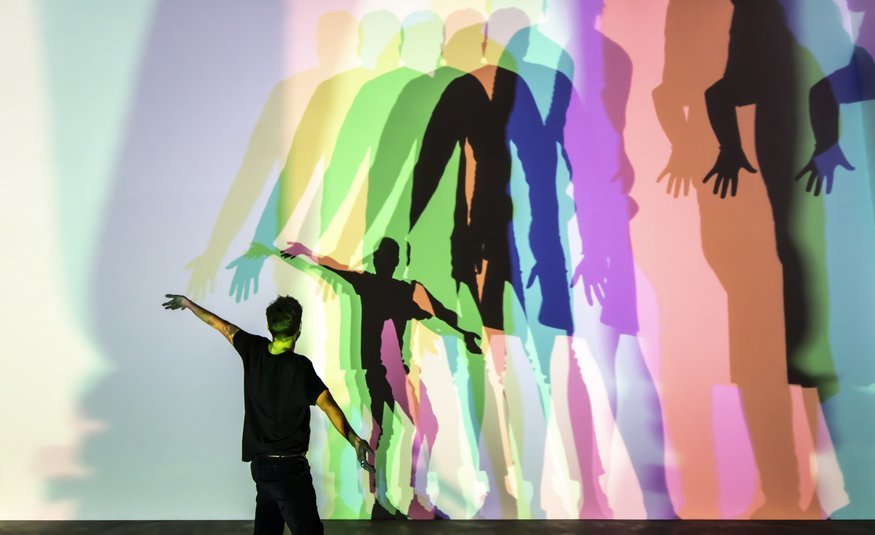 Olafur Eliasson: In Real Life @ Tate Modern
Walk through a tunnel of fog where people appear suddenly, stroke some reindeer moss and watch droplets of water freeze in mid air. Olafur Eliasson’s major exhibition at Tate Modern is stunning. His ability to bring the natural world into the gallery and the experiences his works offer are a joy to behold. Read my full review here. Until 5 January. 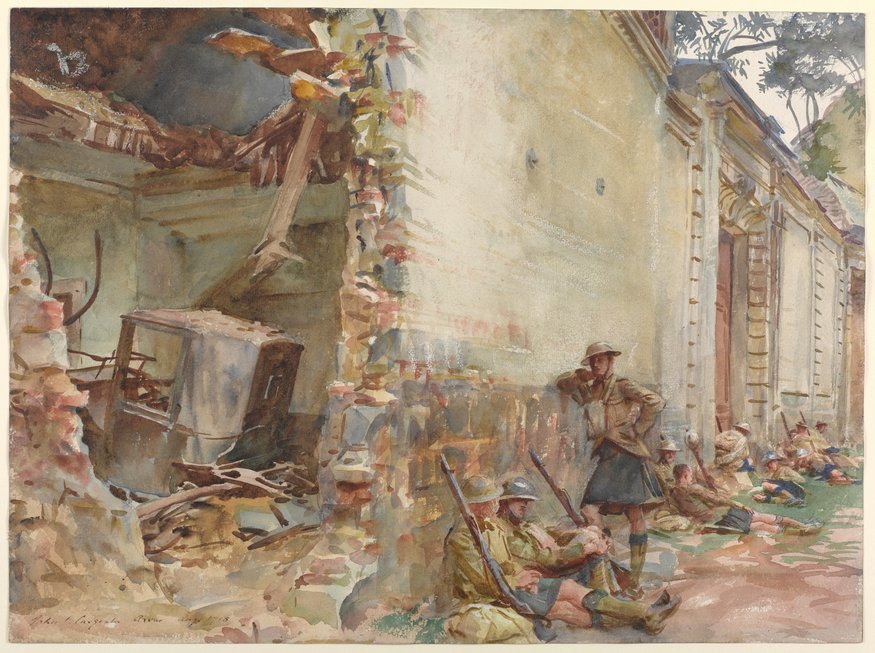 Culture under attack @ IWM London
See the heartbreaking destruction of artworks, debate the important topics on whether culture needs to be saved when lives are at stakes and listen to music that’s used to preserve culture when others try and silence it. This set of free exhibitions is filled with important questions around the value of culture globally. Read my full review here. Until 5 January. 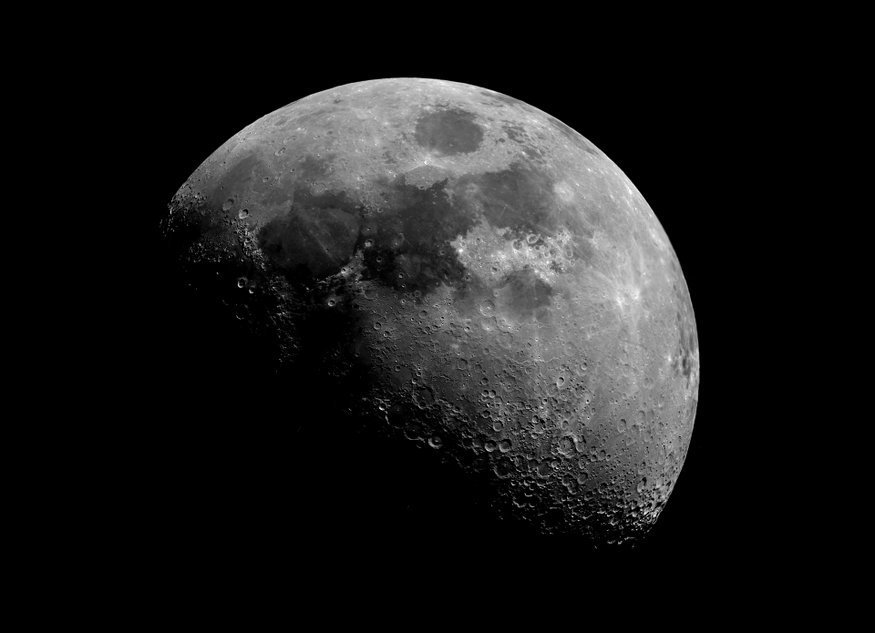 The Moon @ National Maritime Museum
It’s been 50 years since humanity first set foot on the moon and this exhibition looks back at our history with our only natural satellite. From the idea that it drove men to madness to the space program that took us there, the moon has always been in our thoughts. Stories of moon people in early science fiction and the fact many countries are working on space programs suggests it still holds the moon has always held a prominent spot in our culture. Read my full review here. Until 5 January. 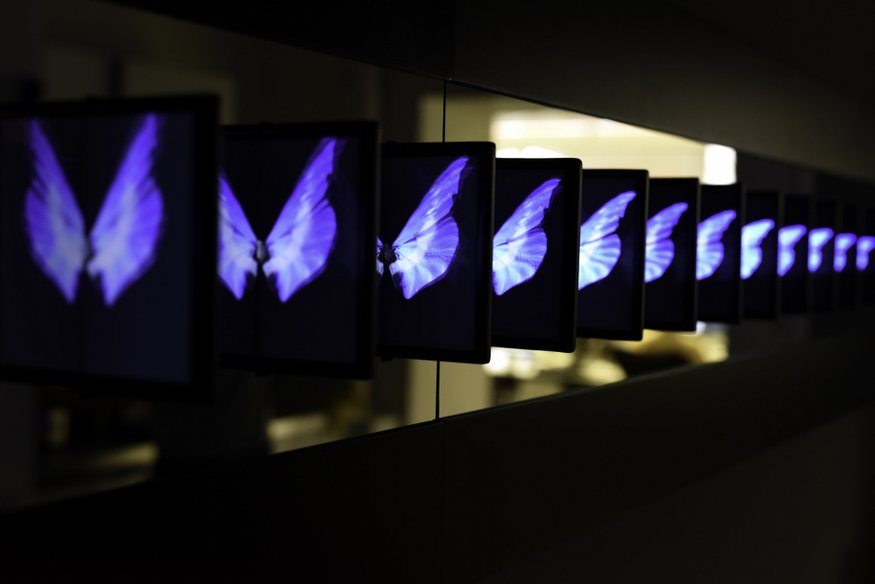 Dominic Harris: Imagine @ Halcyon Gallery
Butterflies alight on a jar of vases based on our movements and we can touch the artworks to cause the flowers to rustle. Tumbleweed can be caught and and the stars made to wheel through the sky in these fantastic interactive artworks. Ice angels can be created with your body and birds take flight when you approach. It’s an impressive technological feat and it also makes for some mesmerising playful artworks. Until 31 December. 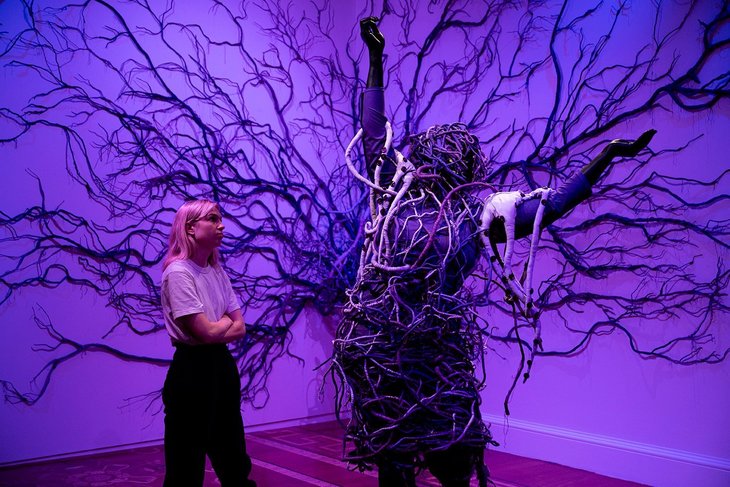 Mary Sibande: I came apart at the seams @ Somerset House
Elaborate costumes show the artists transformation from a servant to a raging purple entity exuding tendrils and commanding an army of red dogs. The purple is a colour associated with a dye used by apartheid forces that locals turned against their oppressors and the red of the attack dogs symbolises her anger. It’s a powerful, political and beautiful display. Until 5 January. 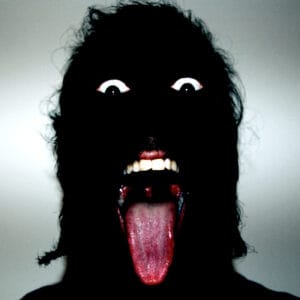