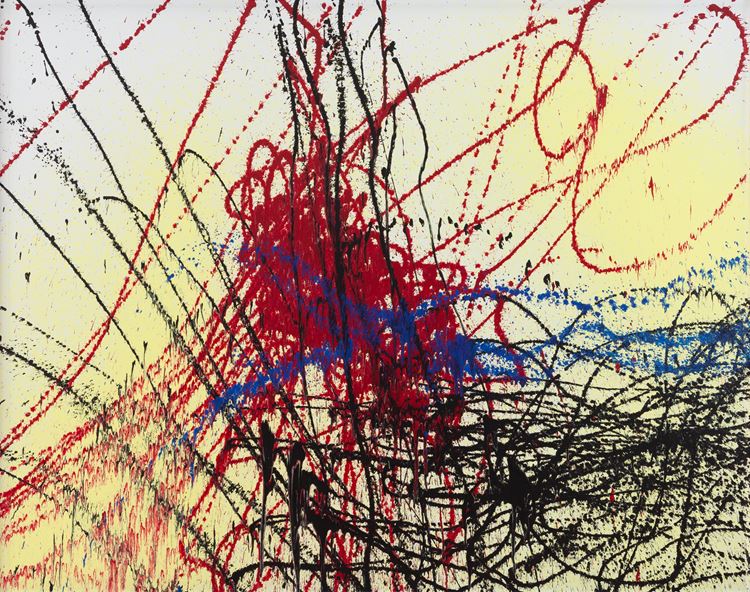 The Musee d’Art Moderne de Paris currently has a spectacular retrospective, which marshals archival material, technical explanation, film and narrative expertly. It shows Hartung’s remarkable fertility within what might seem a narrow range through hundreds of works, and incorporates lots of unusual material: pre-abstract paintings, expressive wartime  heads, woodcuts, his excellent photography and his only sculpture. And it’s always good to go to Paris… But at Mazzoleni in London (and come to that, at their gallery in Turin as well) there is an excellent smaller show. ‘Hartung and Art Informel’ (to 18 Jan) puts Hartung in the context of a dozen paintings by other artists in his circle in Paris during the 50’s – 60’s , and includes a well-judged anthology of his main methods from then on through a further dozen works. So, for example: 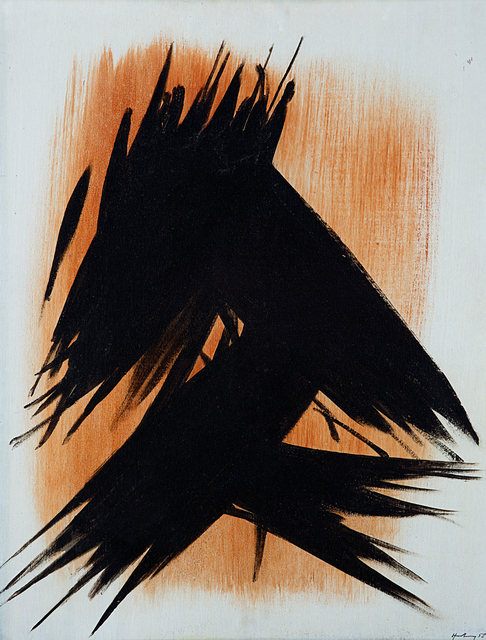 T1958-7 is from the ‘classic’ Hartung technique of making a small ink sketch which he magnified in oil, As he said, the challenge was ‘to convey the impression of unprepared improvisation while seeking to achieve convincing perfection’. 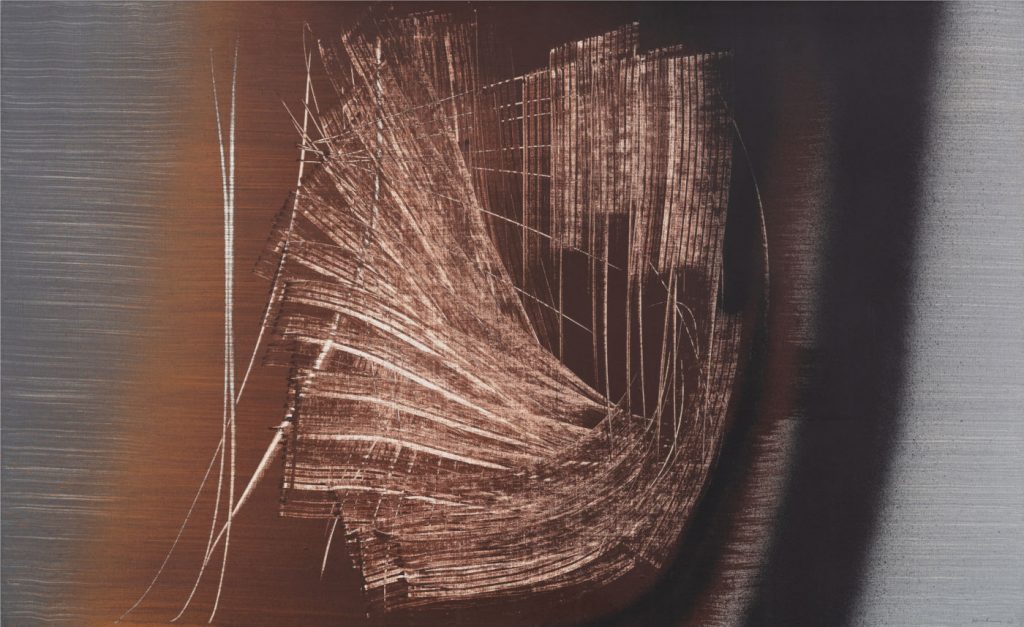 T1962-E28 shows Hartung scratching into wet paint. As he said ‘What I love is to act on the canvas. To act? That is to scratch, to tear, to stain, to invade the canvas with colour, in brief everything which is not “to paint”. 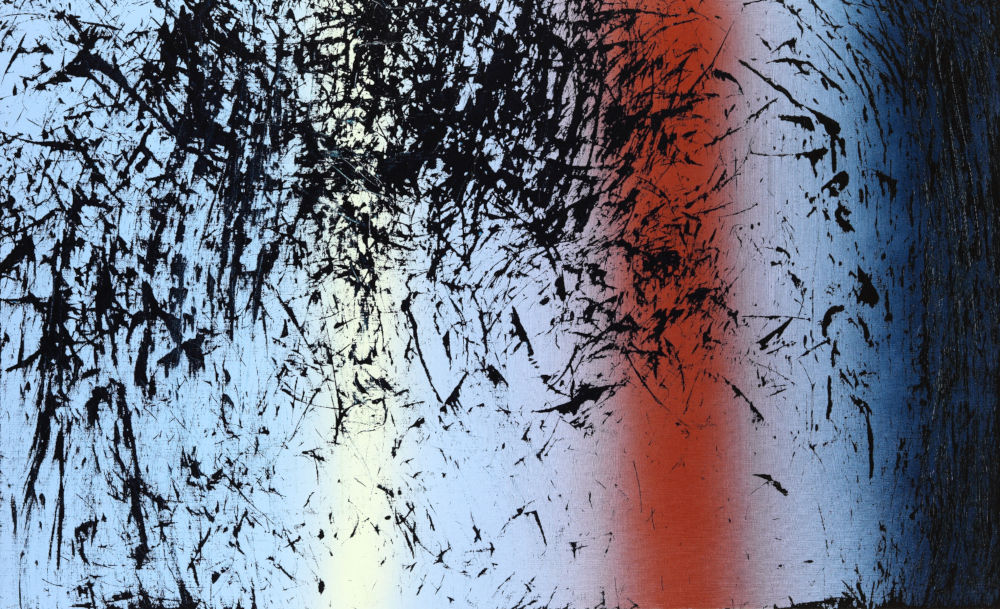 T1980-E46 is made by using olive branches cut from the trees around his studio to apply the paint.

T1988-E18 (top image) is a late work made by the increasingly frail artist from his wheelchair (he lost a leg in World War II). it was made with a light spray gun designed for gardeners.